Is this the best chocolate cake EVER? Foodies are going wild for this ‘game-changing’ recipe – and it only takes one hour to make

Thousands of foodies are praising a TikTok user after she revealed how to make the ‘best chocolate cake ever’ at home.

While chocolate cakes contain eggs, milk, flour, sugar and cocoa powder, the recipe combines other unusual ingredients like boiled coffee to bring it to life.

Chloe, who goes by the name Baking Envy online, posted the TiKTok video on November 16 and it has already received more than half a million views. 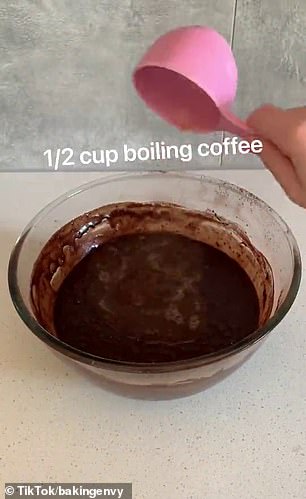 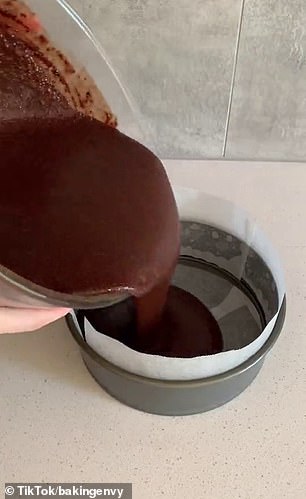 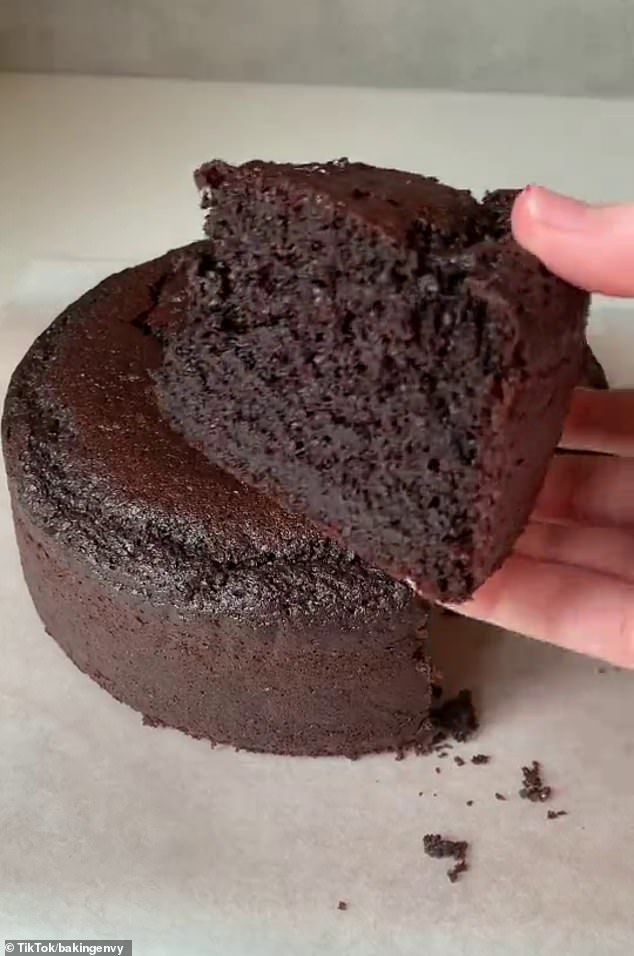 The recipe itself is very simple to follow, doesn’t require any expensive kitchen gadgets and only takes an hour to bake in the oven

Some of the less traditional ingredients include canola oil, vinegar, baking powder, salt and boiling coffee for extra flavour.

Specifically adding canola oil and vinegar into the mixture allows the cake to be more acidic and rise easily, resulting in a fluffy, light dessert.

The recipe itself is very simple to follow, doesn’t require any expensive kitchen gadgets and only takes an hour to bake in the oven.

Chloe made the cake by combining the ingredients together in a particular sequence and used a sieve when adding the powders, such as flour and cocoa.

She then cooked the mixture in a lined cake tin for 60 minutes in the oven at 160 degrees Celsius.

‘This looks incredible! Will definitely be making this!’ one person said in the comments section of the video.

‘It comes out perfect every time! The texture is amazing, not too crumbly and not too dense,’ another said who has already replicated the cake.

The food trend on TikTok has attracted a large audience, as thousands have also shared how to make other unique desserts – including a giant Kit Kat, mouthwatering cinnamon scrolls and pavlova.

HOW TO MAKE THE ‘BEST’ CHOCOLATE CAKE

Combine the milk and vinegar together and leave for five minutes

Add in the canola oil, eggs, brown sugar and caster sugar and stir well with a whisk to combine

Using a sieve over the mixture, add in the flour, cocoa powder, baking powder and salt

Combine well using the whisk until a thick mixture is formed

Add in the boiling coffee and stir

Pour into a lined round cake tin