Do YOU add sugar to your bolognese? Photo of pasta topped with a huge spoonful sparks debate – with some foodies arguing it ‘cuts the acidity’ in the tomato sauce

Thousands of foodies took to social media to debate whether or not sugar should be added to spaghetti bolognese.

The surprisingly divisive discussion was sparked after a woman from the US shared a picture of spaghetti bolognese topped with a pile of sugar to Facebook and challenged people ‘argue’ whether the ingredient belonged in the recipe.

People were quick to jumped to US veteran Trina Ward’s defense while others could not contain their disgust at her suggestion.

The controversial post, which has gained more than 6,000 comments and 53,000 shares since it was shared earlier this summer, soon made it onto foodie Facebook pages where more keen cooks shared their side of the debate. 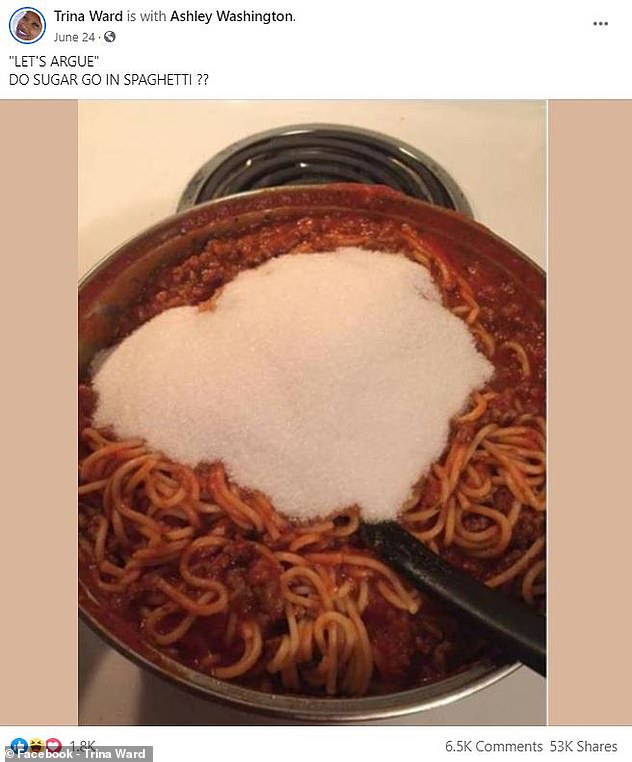 Several Facebook users acknowledged the use of sugar in the recipe, including Amber Natè Howell who replied: ‘A dash in the sauce only to cut the acidity of the tomato.’

While others agreed the sweet substance should be added, they shared their horror at how much was pictured on Ms Ward’s meal.

Emma Nicole Vacca said: ‘Only a pinch to take the acidity away. That much is grim.’

Echoing her sentiment, Steve Pittarese said: ”First of all what kind of f****** pasta sauce is that? Anybody using jarred sauce could f*** all the way off.

The reaction to Ms Ward’s post was mixed, with some people acknowledging sugar can be used to cut the acidity

‘Secondly anybody that knows how to make sauce will tell you YES you can use a PINCH of sugar in the SAUCE ALONE while cooking it to cut the acidity but this is all kinds of different levels of gross and wrong.

‘You might as well replace the sauce with ketchup because that’s what you’re making with all that sugar.

‘As an Italian from Brooklyn this offends me and hurts my insides.’ 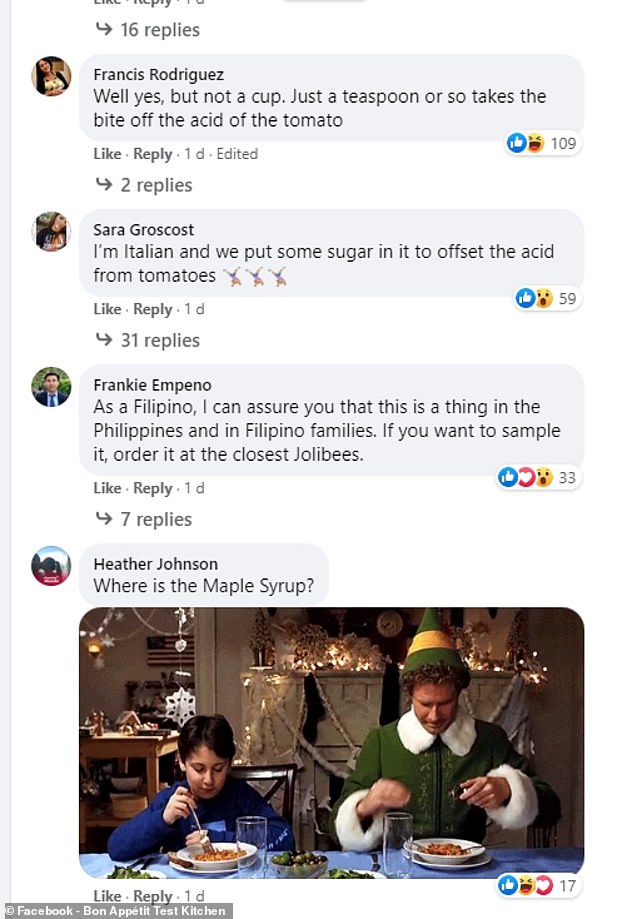 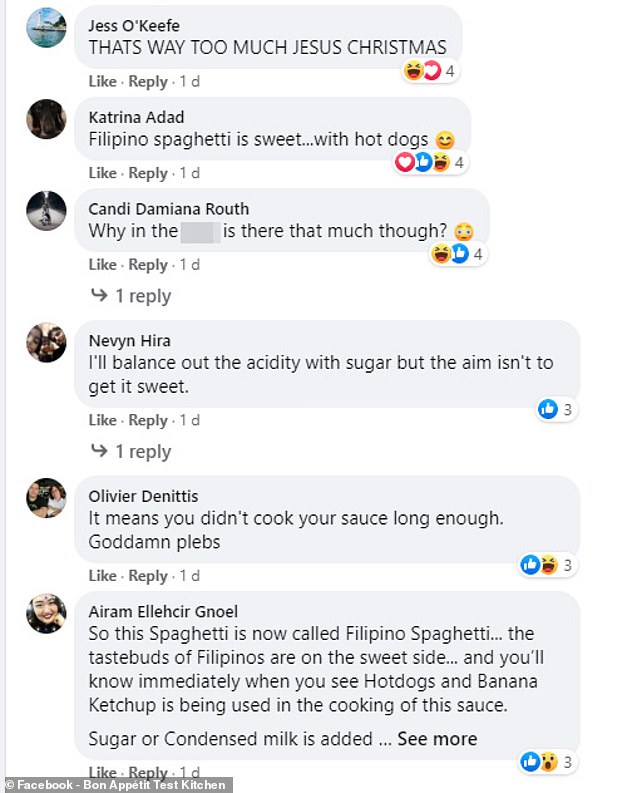 In the foodie Facebook groups, people drew comparisons between Ms Ward’s meal and that of much loved Christmas film character Buddy the Elf who pours maple syrup on spaghetti

Similar to those who commented on Ms Ward’s original post, Italian Sara Groscot said people from her country put some sugar in their Bolgnese to ‘offset the acid from the tomatoes’.

Others agreed with Ms Groscot, such as Francis Rodriguez who said the recipe only needs a teaspoon sugar to ‘take off the acid f the tomato’.

Some people comically drew comparisons between the image and popular Christmas character Buddy the Elf, who pours a bottle of maple syrup over a bowl of spaghetti – much to his new found family’s bewilderment.

A few others suggested Ms Ward’s recipe may be more similar to Filipino spaghetti which is sweet in taste.

Frankie Empeno said: ‘As a Filipino, I can assure that this is a thing in the Philippines and in Filipino families.’

Typically the recipe diverts from the usual Bolgnese and features diced hot dogs and sugar or evaporated milk.