HE is on a mission to help our pets  . . . and is here to answer YOUR questions.

Sean, who is the head vet at tailored pet food firm tails.com, has helped with owners’ queries for ten years. He says: “If your pet is acting funny or is under the weather, or you want to know about nutrition or exercise, just ask. I can help keep pets happy and healthy.” 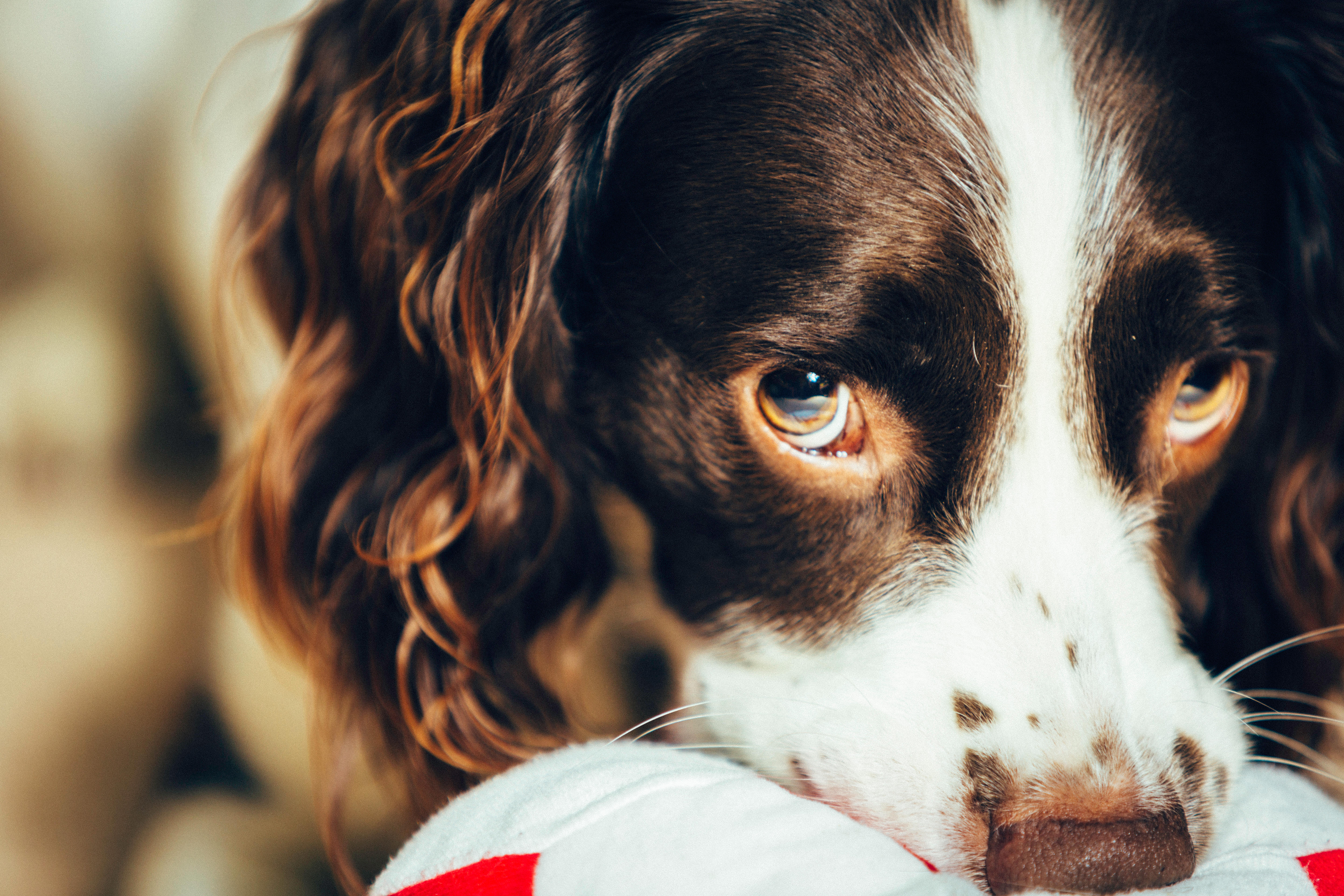 When we come into the room it has always got that odour in it. We put the dog on sensitive food because of bad runny poo and wind. The poo is firmer now — but our house still reeks of constant wind. What can I do to help the situation?

Sean says: I wonder if Bailey has a dietary intolerance. Certain ingredients might cause flatulence in a sensitive dog but not in others. Some dogs are just more windy.

I would simplify the diet, cut out all treats and start a trial on a quality hypoallergenic-type food.

See if that has any effect for a few weeks. Other ways we can help are adjusting fibre levels according to the dog’s needs. There’s usually a way to end the stink.

Got a question for Sean?

SEND your queries to [email protected].

Q) I HAVE a 22-month-old Yorkshire terrier called Coco who keeps licking his penis.

And then he gets it fully out. What can I do to stop him?

Sean says: Neuter him? If he’s not already done, that is.  It’s a massive frustration for dogs to have all the equipment and no outlet to use it.

There are also health and behavioural benefits. If he’s getting oversexed he’ll be happier without  balls.

Q) WE took in an abandoned cat last year, after he let himself in through the cat flap for weeks.

We had him neutered and chipped. Casper seemed to get along well with our other three cats, but for the past few months he has become very territorial.

He attacks the others if they try to come into the living room.

Raven, who is four, comes into the living room but I keep a large cardboard sheet to use to deflect Casper from attacking.

I suspect he may have been abused because he is very wary of hand contact. I am constantly stressed out and on edge.

Sean says: It might be best to rehome Casper to a household where he can be the only cat.

Multi-cat households often have some level of stress even without this degree of aggression.

Especially when new cats come into a well-established group. I think it may be kinder to go back to your three cat harmonious household. A local rehoming centre may be able to help. 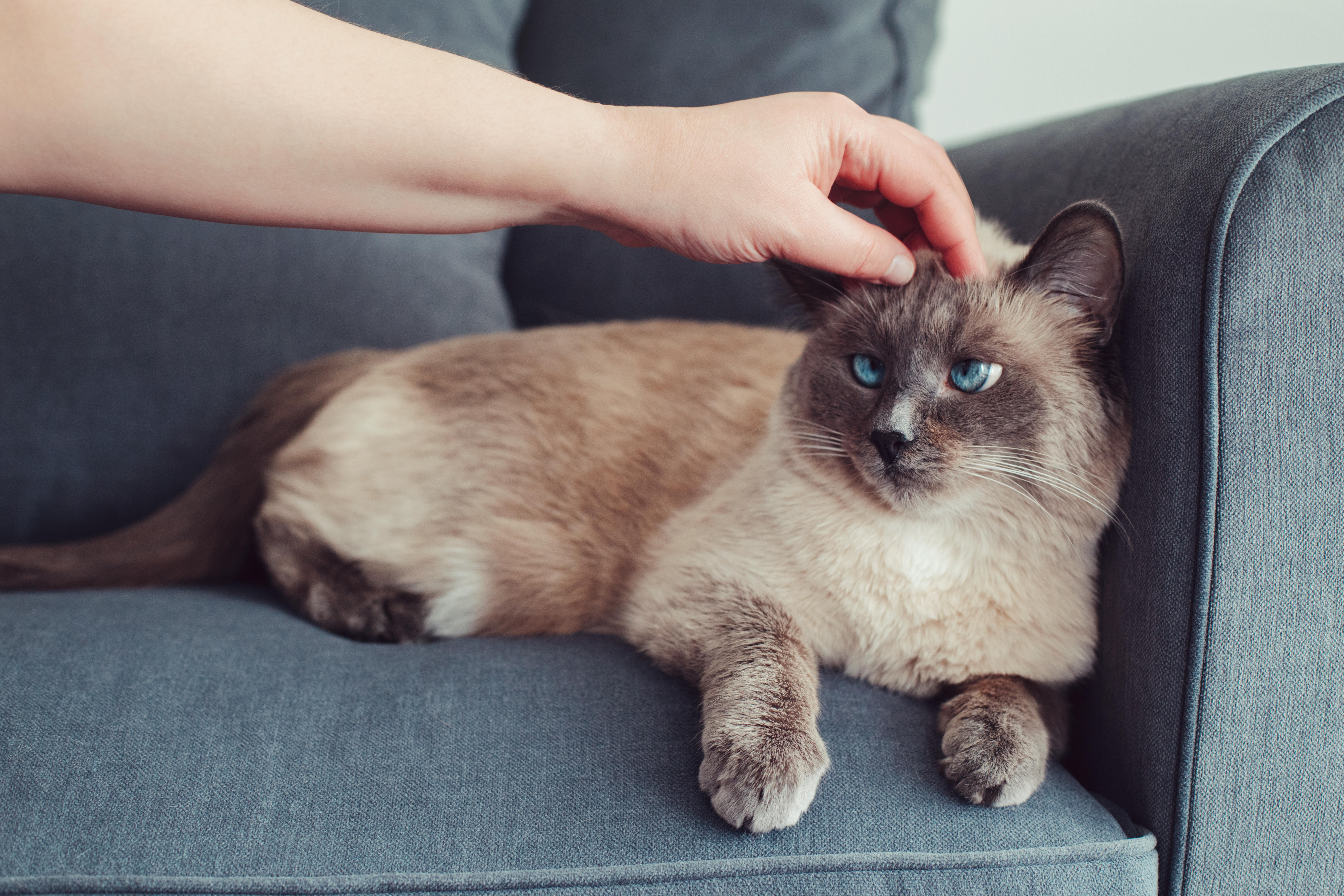 Q) WE have an eight-year-old  Staffie/Jack Russell cross called Honey, who is normally healthy.

However, she has just recently started to act jumpy as if she is scared. She snaps at you if you try to help her. She also jumps up on coffee tables and stays there.

This behaviour can last up to an hour. It starts nearly ever night after nine o’clock. Can you help?

Sean says: Did something trigger the behaviour around that time of night back when this started? It could have been a single incident such as  a car backfiring outside, or sustained noise like fireworks perhaps.

Apart from the  trigger, there’s also how the behaviour has rewarded Honey over time — both indirectly in getting away from perceived danger, or directly like getting attention and reassurance from you.

It sounds like fear anxiety and there’s  lots to unpick so I recommend getting a professional animal behaviourist to advise.

Star of the week 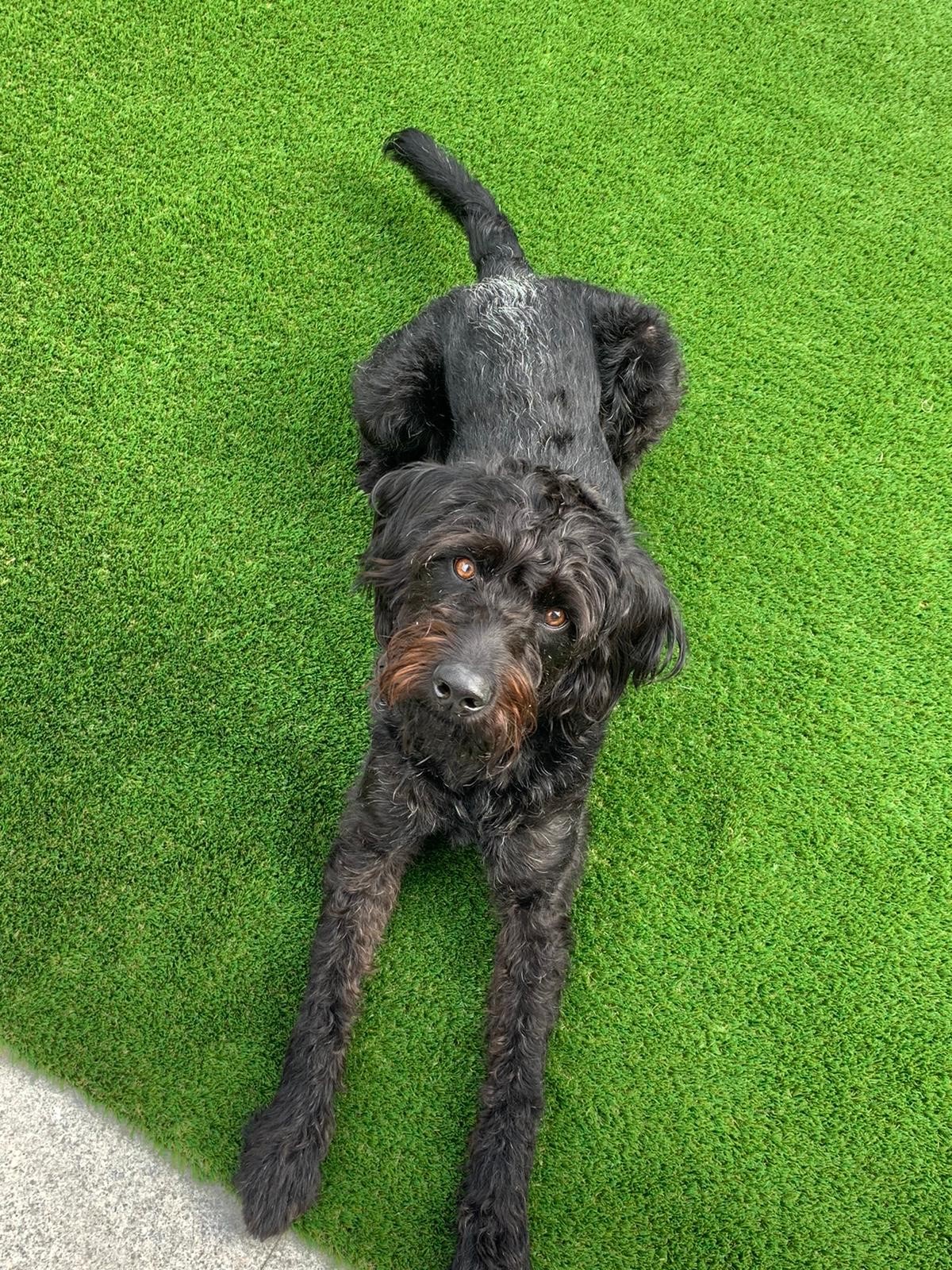 MESSY Labradoodle Alvie helped Shauna Murphy with obsessive compulsive disorder and anxiety that had made her too terrified to leave the house.

Lawyer Shauna, 24, from Manchester, said: “Getting a puppy added some mess and disorder which helped me accept that things can’t always be perfect.

“On bad days I struggle to leave the house, but knowing I need to walk Alvie motivates me.”

Shauna added: “He has given me emotional support in some really tough times.” 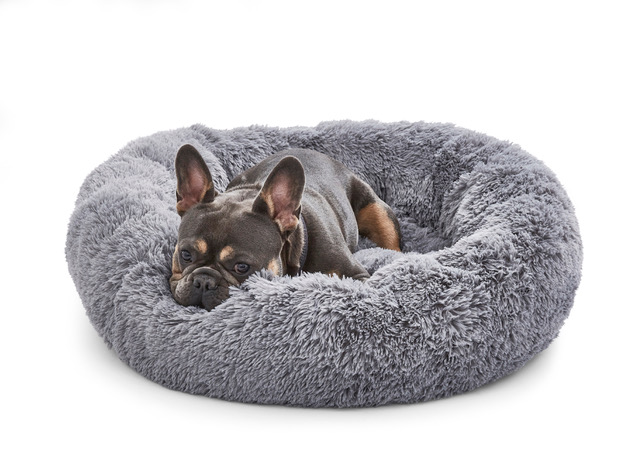 WE all know that a good night’s sleep is important for humans – and it’s vital for our furry family members too.

Experts at Silentnight have launched a Donut anti-anxiety pet bed, made with the same tech as its human bedding.

With a raised rim to provide head support, it encourages their nesting instinct and reduces anxiety.

From £30 each at silentnight.co.uk, we have eight to give away. Email medium or large “DONUT BED” to [email protected]

Help sanctuary – and make it snappy

WE have been taking on exotic pets during ­lockdown – but welfare groups are seeing tropical creatures being handed in as owners head back to the office.

Jamie Mintram runs The Ark wildlife sanctuary in ­Lincs, which is home to ­raccoons, meerkats, snakes and even crocodiles. 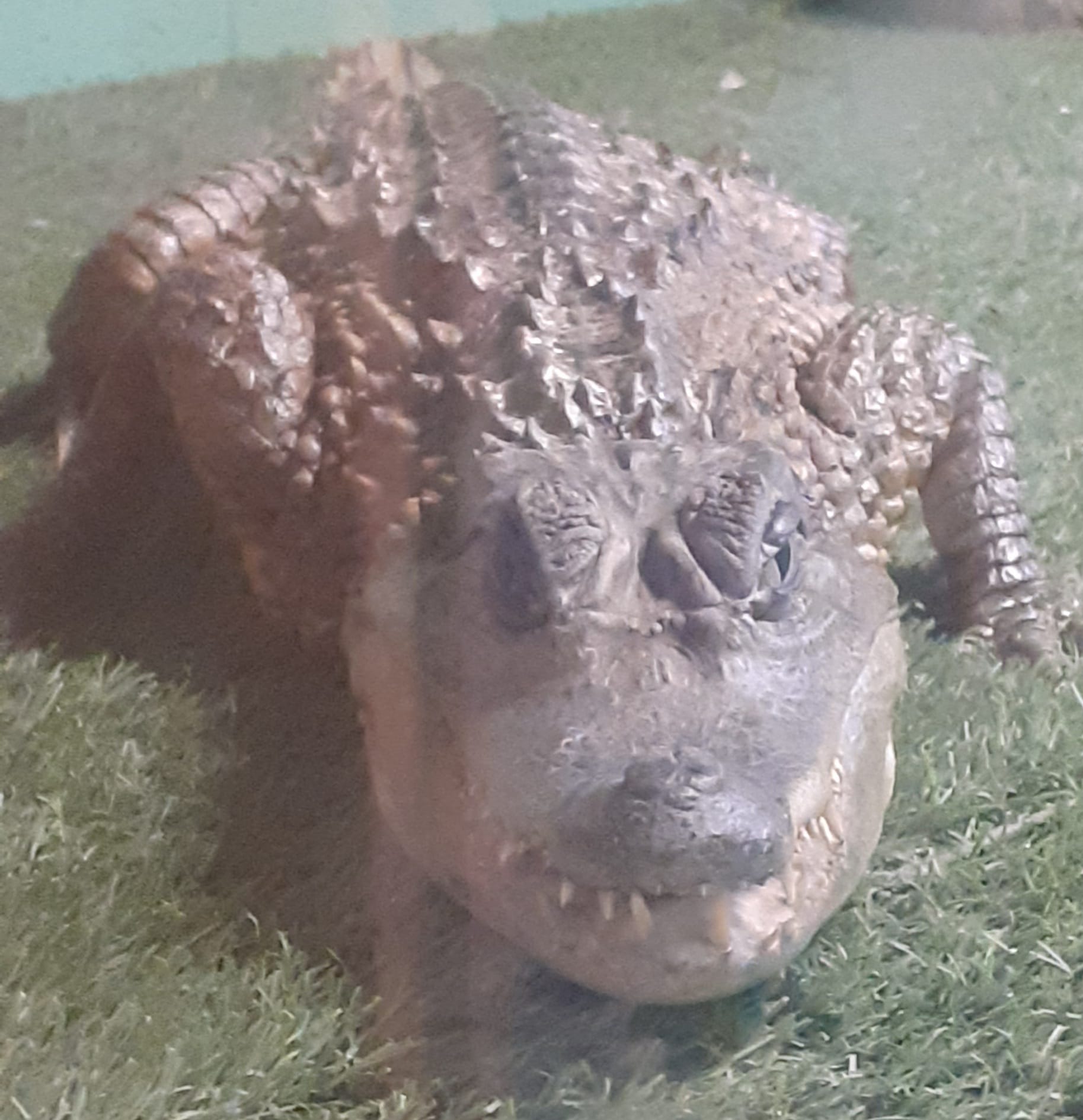 During the pandemic he saw a major increase in the number of wild pets in homes and was called out for emergencies, including having to rescue a crocodile being kept in a bath.

Jamie told Paws And Claws: “It’s amazing that people think it’s ok to keep a crocodile in a flat in the ­middle of London. We rescued Rudolph on Boxing Day – hence the name!

“We’ve also had eight tanukis handed in. These are Japanese raccoon dogs and there was a bit of a craze for them, but then people realise they aren’t suitable pets.”

And he is ­bracing himself for an influx of unwanted exotic pets when lockdown restrictions begin to ease next month.

Jamie can’t wait for the sanctuary to open again to visitors.  He said: “That is how the sanctuary is funded.  It costs us £25,000 a month to keep going.

“We have had to resort to ­crowdfunding to keep our doors open.”