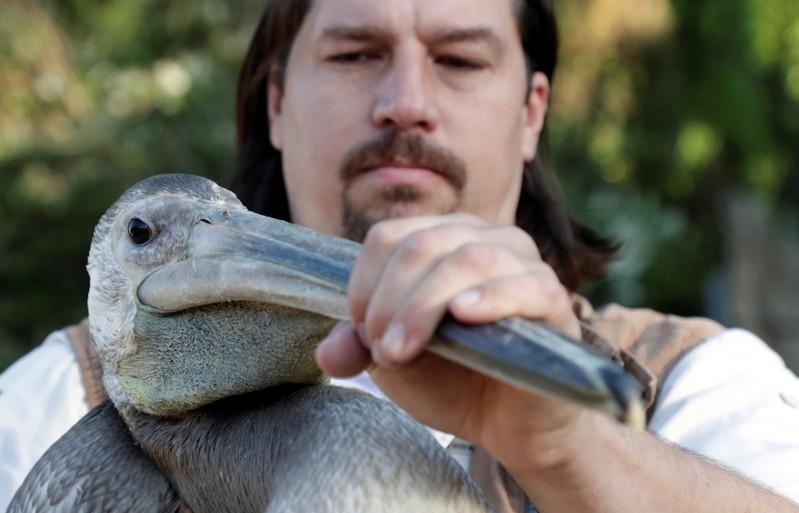 PRAGUE (Reuters) – Three great white pelicans were crossing Europe by van on Thursday en route to their new home in a central London park, where they will become part of a centuries-old tradition with royal connections.

Sent by Prague Zoo, Sun, Moon and Star are to live next to a small lake in St James’ Park, close to Queen Elizabeth’s London residence.

It is the third time the Czech capital has sent such birds to the picturesque open space by Buckingham Palace, where pelicans first arrived in 1664 in the guise of a gift from the Russian ambassador to King Charles II, according to charity The Royal Parks.

It says the sociable birds can roam freely but usually stay close to the lake.

Prague Zoo sent four in 1995, and three more in 2013, its director Miroslav Bobek said. “We were first asked for them in the nineties because we were one of the first to successfully breed white pelicans,” he said.