PREZZO has reportedly confirmed the list of restaurants that will close for good as part of a last-ditch rescue deal.

The closures, which were first announced by the Italian food chain last week, are expected to result in the loss of 216 jobs. 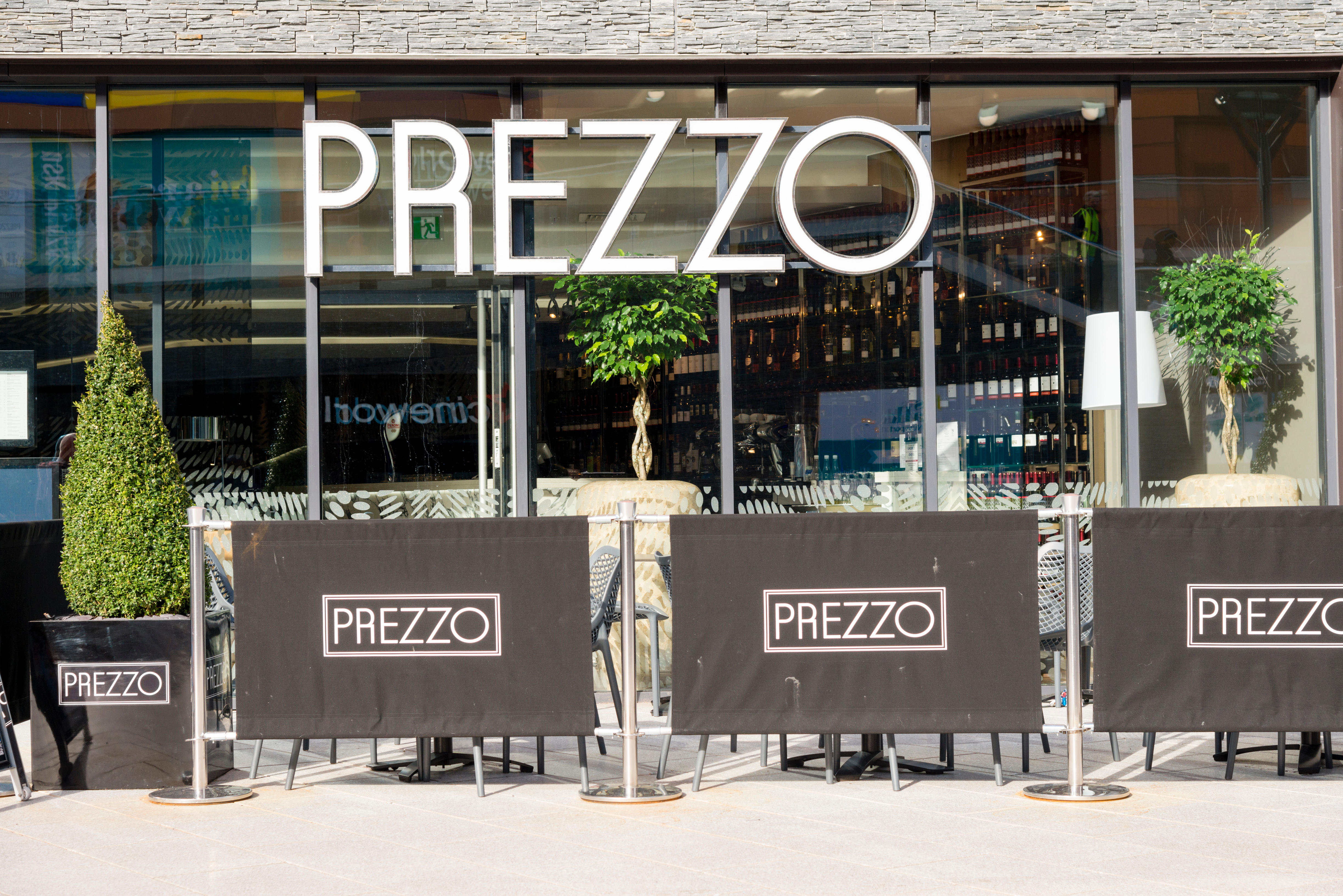 You can see the list of restaurants, reported by the Mirror, that are shutting permanently in the box below.

The closures come after Prezzo was bought back from administrators by investment firm Cain International as part of a pre-pack deal in December.

The value of the sale was not disclosed but came six years after TPG bought the chain for more than £300million.

Last week, Cain said Prezzo would shut 22 restaurants permanently but only 20 locations have been reported so far.

We've asked Cain and Prezzo to confirm if this is the full list, and if the affected branches have already shut, and we'll update this article when we know more.

Which Prezzo restaurants are closing?

PREZZO is closing the following restaurants for good as part of a rescue deal to save the struggling chain.

Prezzo is the latest coronavirus high street casualty, following other rival chains that have shut chains including Carluccio's, Pizza Express and Byron Burger.

All of the Prezzo's 178 restaurants are currently closed for dine-in due to the latest national coronavirus lockdown, but customers can still order takeaway food.

The Italian food chain had only been able to operate its restaurants fully for just 25 weeks out of the past 52 weeks due to lockdowns, Cain said.

Cain said the closures protect the vast majority of the restaurant chain's 2,900 workforce.

Jonathan Goldstein, chief executive of Cain, said: "We firmly believe that strong hospitality businesses, such as Prezzo, have a bright future and will play an essential role in reviving the UK economy.

"However, to do so, we must get through this current crisis of mounting liabilities and no revenues.

"The lack of visibility on when and how the sector will reopen has heightened economic uncertainty to the point where decisive action had to be taken to secure the future of the business and the majority of jobs for Prezzo's people.

"We are deeply sorry for all those affected by the permanent closure of the 22 non-viable restaurants.”

Boots, John Lewis, M&S, and WH Smith have also confirmed mass redundancies in the past year.

Bella Italia and Cafe Rouge have confirmed plans to shut 91 restaurants, with 1,900 jobs to go.