Prince William, 38, is heir to the British throne and will one day head up the Royal Family. The future king set a new royal standard during his latest engagement by “bucking the trend” of traditional communication and setting new rules on how to interact effectively while wearing a face mask and social-distancing a body language expert has claimed.

On Wednesday, the Duke of Cambridge visited The Royal Marsden Hospital where he unveiled a plaque to mark the laying of the founding stone for the new Oak Cancer Centre.

During the engagement, Prince William met staff for a socially-distanced chat.

Body language expert Judi James analysed photos of the visit for Express.co.uk and has claimed that William has set the standard for how to interact post-pandemic.

Judi told Express.co.uk: “William might have been an unlikely role-model for body language adaption and change but the way he has re-designed his rituals over recent months to cope with the limitations of social distancing and masking suggest unexpected levels of empathy and leadership from the royal previously known for his more traditional, formal approach to the job.” 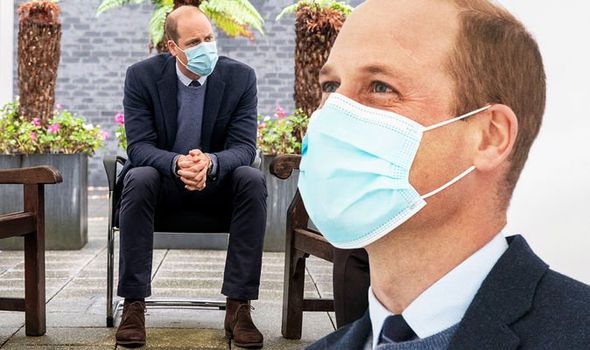 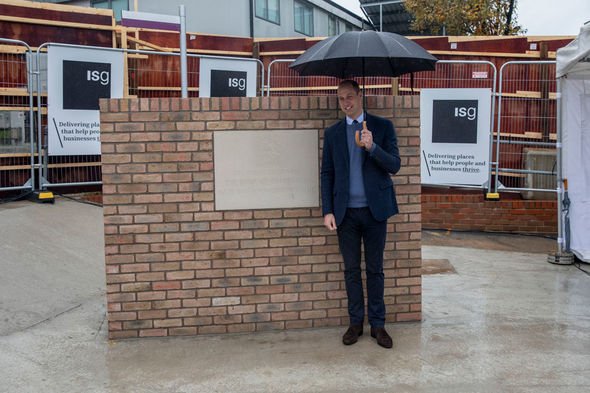 Judi added: “His boss the Queen set high standards in terms of her more stoic and un-changing body language approach.

“If we look back at decades of photographs of her public appearances it is clear one of her strengths has been her unbending sense of continuity in terms of her poses, meaning William, as heir to the throne, has been taking huge steps for change in the way he has been bucking that trend recently.

“The Duke has been using new techniques to ensure he is able to communicate powerfully while wearing a mask and while keeping to the appropriate distance guidelines.”

“His techniques here can be a bit of a lesson to everyone struggling to communicate at the same levels while wearing a mask and unable to use the normal emotional short-hands like a smile.” 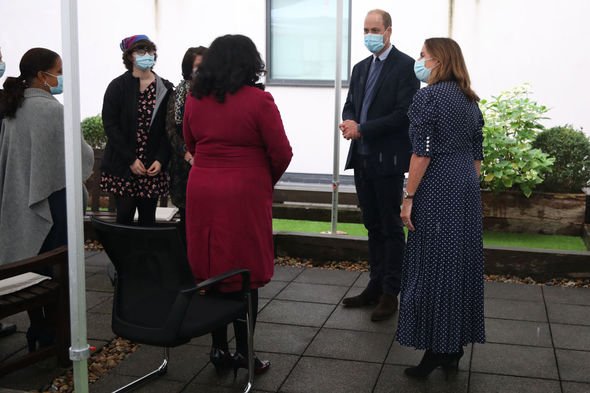 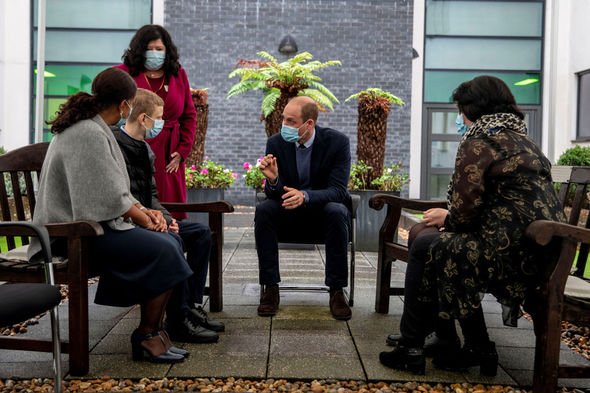 Judi added: “It can be too easy to end up avoiding contact or communication in a mask, which can lead to feelings of sadness and loneliness.

“William seems to have taken some simple but effective steps to overcome those problems here though.”

Judi analysed four photos of William’s latest engagement that show him he unveiled a plaque and chatting to staff while wearing a face mask.

In each of the photos, the Prince displays a new body language technique, highlighted by Judi.

Judi said: “Standing next to the plaque he has unveiled, William drops his more military-style posture to create a look that is rather more approachable and self-effacing, holding his own umbrella while wearing a rather easy-going grin and head-tilt.”

Judi said: “Standing in a distanced group. William seems to have placed himself in the circle to create a less remote style than standing in front of a line of people.

“This creates a look of equal status and empathy which can make for an easier style of chatting.

“His hand clasp here signals he is keen to listen and learn.” 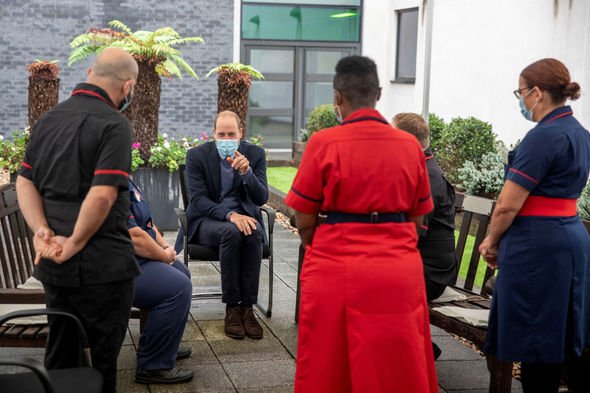 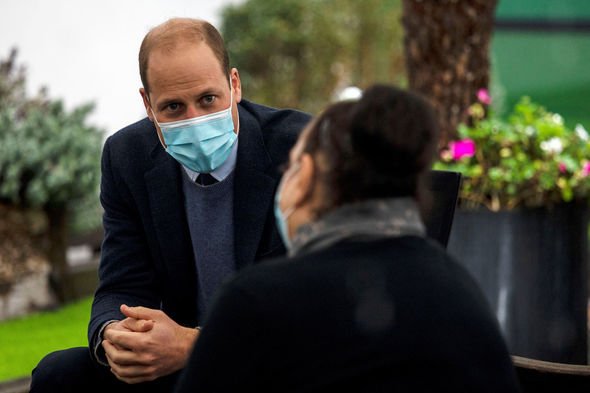 Judi said “Sitting down to hear from the people he is visiting, William invests more in his eye expression to help overcome the lack of signals from his mouth.

“He leans forward, using an intense eye-gaze, but his eye expression shows concern rather than looking like a hard, intimidating stare.”

Judi said: “When the mouth is hidden and the voice can be muffled, the use of hand gestures will always be more important to get our messages across.

“Here William is using an illustrative gesture to make a point clearly and his use of emphatic gestures have also increased to add impact to his own words.”

Judi said: “This kind of ‘whole-body’ communication, with William self-diminishing, eye-laughing and pointing, helps create empathy and a more relaxed, fun, easier bonding between himself and the group he is talking to.

“His eye-crinkling lets them know he is using humour here and the way his feet are placed together and his body scrunched shows he is keen to make the group laugh.”