Gabrielle Union and Dwyane Wade have been churning out some prime Instagram content lately. Not only are the two vacationing in Greece right now (featuring photos of Gabrielle absolutely killing it in bikinis), but the two have also created an Instagram account for their adorable six-month-old daughter, Kaavia James.

Basically, Gabrielle, 46, and Dwyane, 37, are the most swoon-worthy couple on the planet. But it hasn’t always been smooth sailing for the America’s Got Talent judge and NBA player. The couple has stayed together for years through divorces, breakups, and even fertility issues.

Seems like a pretty solid, uh, union right? Here’s everything you need to know about Gabrielle Union and Dwyane Wade’s relationship, from the very beginning. 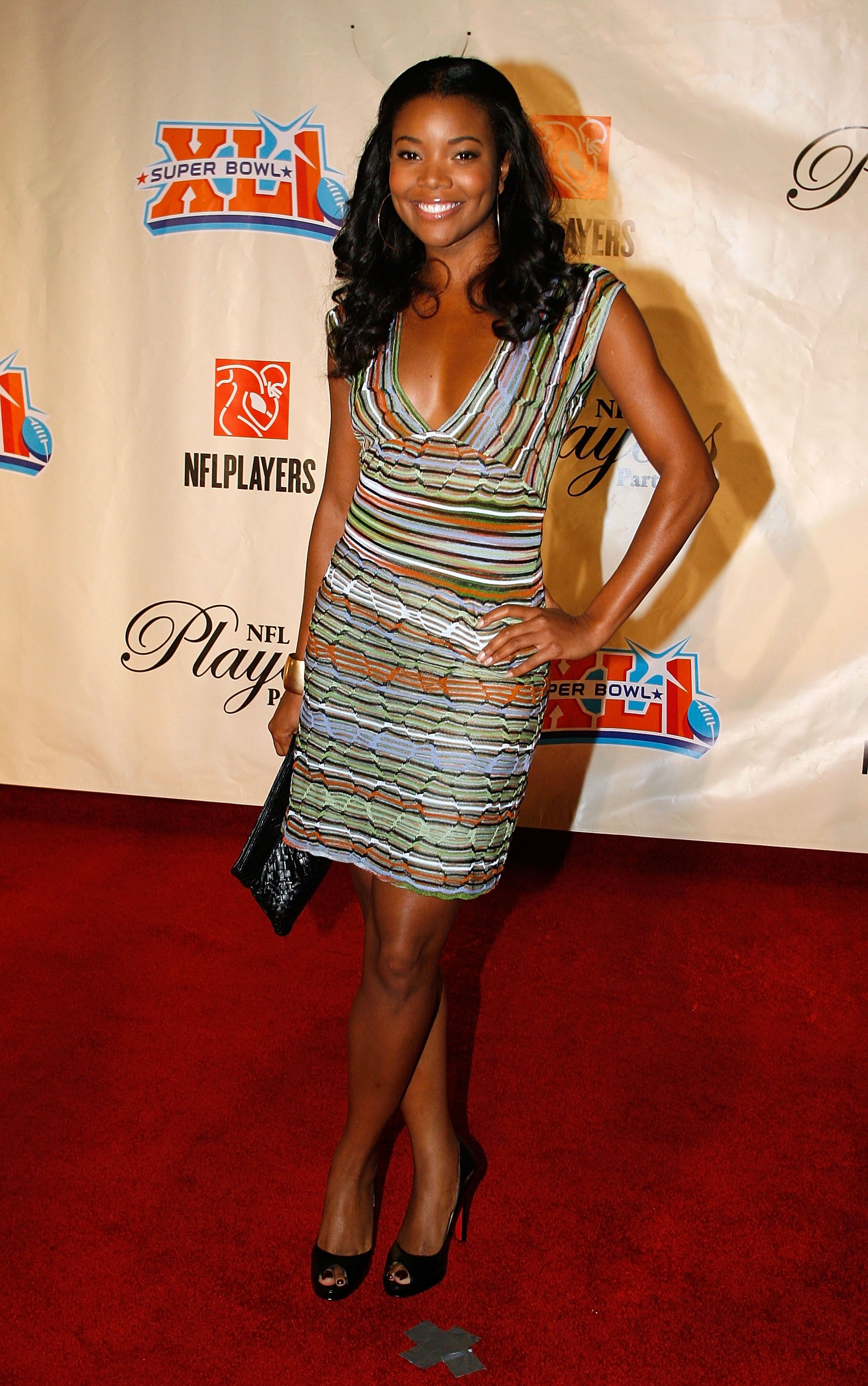 Both hired by promoters to host a Super Bowl party, the pair met professionally while Wade was still married to his ex Siohvaughn Funches, whom he filed for divorce from four months later. (Around the same time, rumors began to heat up that the NBA star was secretly dating Union.) 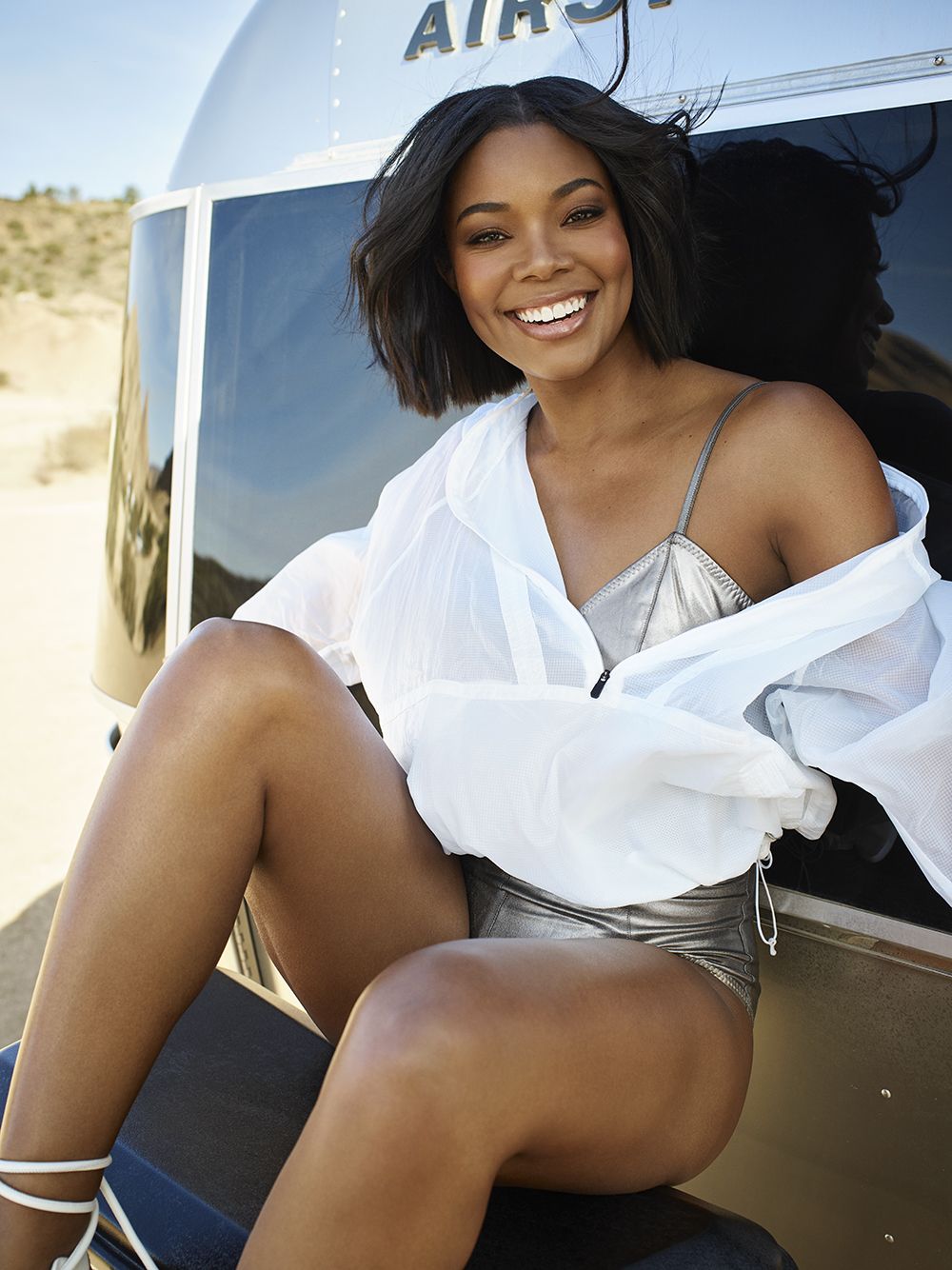 Union, on the other hand, had just divorced her ex, NFL running back Chris Howard, a year earlier, and was cautious about Dwyane. “When I met Dwayne, his résumé looked like crap: athlete, going through a divorce, nine years younger than me,” Union told Glamour in 2014. “None of that screamed, ‘Let’s have a lasting relationship.’

Still, they didn’t really talk at the event. “I stayed on one side of the room with my people,” Union told Essence. “We like to party and he doesn’t drink at all. He was on the other side of the room holding bible study.”

2010: Dwyane’s divorce gets ugly, and Gabrielle attends his annual charity event as his guest. 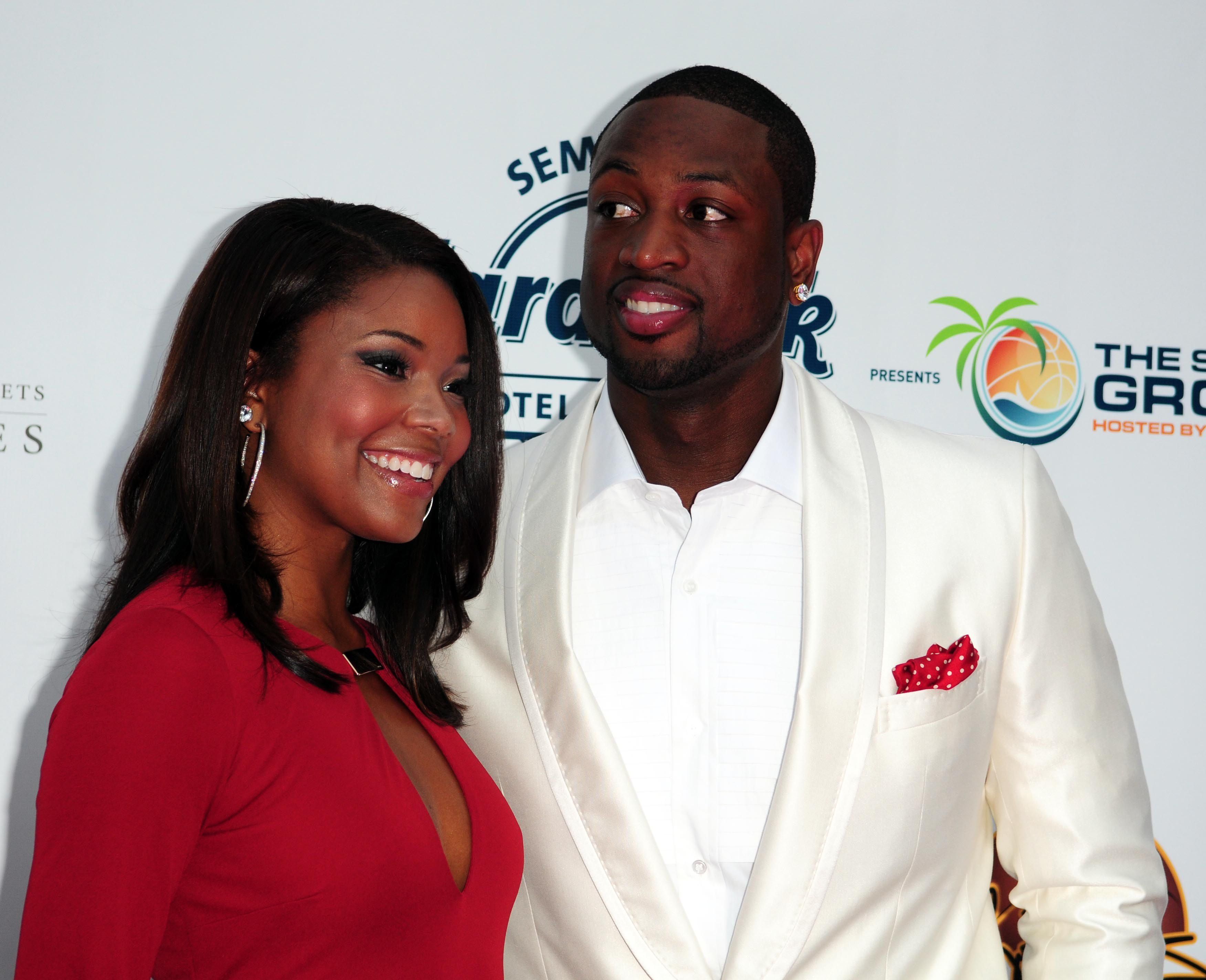 Gabrielle and Dwyane’s appearance together also led to Dwyane’s ex, Siohvaughn, to start hitting Dwyane and Gabrielle with lawsuits. Siohvaughn sued Gabrielle for “emotional distress,” per the Boston Herald, but the case was dismissed.

“I fought it [the lawsuit],” said Union in a 2012 Jet cover story. “My life is just too easy to track. So, we were submitting plenty of proof for the times she said I was in Miami. So, it was like, obviously you’re not telling the truth. And then the courts dismissed the case.”

January 2012: The couple appear on an Essence magazine cover together, making it extra official.

Gabrielle and Dwyane appear together on the cover of the February 2012 issue of Essence magazine, where they open up about the possibility of marriage.

“We’re not rushing it,” said Dwyane. “Both of us have been married before, and we understand that if we choose to marry again, we want it to be right. We both took failing at marriage hard. The next time it’s gotta be forever.”

January 2013: Gabrielle and Dwyane break up.

“Distance and scheduling” led to a temporary breakup for for Gabrielle and Dwyane in 2013.

“When you’re debating whether to go backward or forward, you have to look at the original issue,” she said in Glamour. “[When Dwyane and I broke up briefly in 2013], it was because of distance and scheduling. I finished filming the show, then I flew to Vegas right away to start shooting Think Like a Man Too. I couldn’t take time off, and I missed some quality togetherness we desperately needed.”

During the split, Wade fathered a baby boy with an actress named Aja Metoyer, according to E! Online.

December 2013: Dwyane proposes to Gabrielle with the help of his sons. 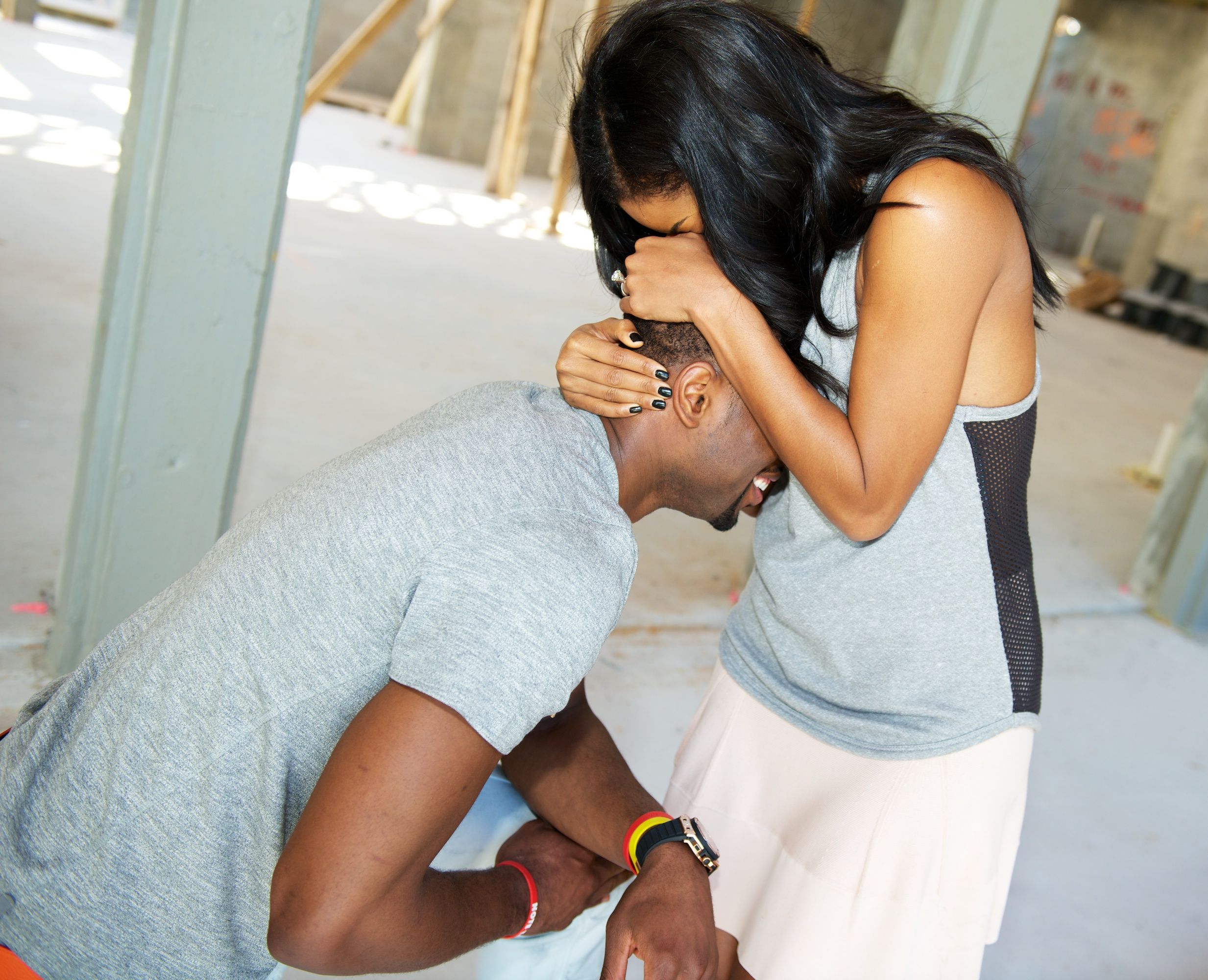 “The boys had been pushing for us to be a ‘real’ family,” Union told Oprah during the interview special, Oprah at Home with Gabrielle Union, Dwyane Wade & Their New Baby, so when it was time for Wade to propose, he asked the boys to help with the question.

“I had them down by the pool, and I had them make their own signs,” Dwyane said. “I had each one say, ‘Will you marry us?'” he described during the special.

August 2014: Gabriele and Dwyane get married

On August 30, 2014, the couple got married at the Chateau Artisan in Miami, a literal castle surrounded by a moat.

Gabrielle wore a stunning white strapless gown, and Dwyane wore a white suit coat and black pants—a classic spin on a tuxedo. Wade’s two sons and nephew were included in his wedding party, and guests included Gabrielle’s costars from Being Mary Jane, along with Dwyane’s former NBA teammates and other celebrities.

According to ABC News, the couple spent their honeymoon in the Maldives.

In her memoir, We’re Going To Need More Wine: Stories That Are Funny, Complicated, and True, Gabrielle revealed how much she had struggled with her fertility in the past.

“For three years, my body has been a prisoner of trying to get pregnant,” the 44-year-old wrote in an excerpt of her book obtained by People. “I’ve either been about to go into an IVF cycle, in the middle of an IVF cycle, or coming out of an IVF cycle.”

Gabrielle also revealed that the cause of her infertility turned out to be adenomyosis, a condition that affects a woman’s uterus, according to the National Institutes of Health (NIH), and is similar to endometoriosis, which occurs when endometrial tissue grows outside of the uterus.

November 2018: Kaavia James, the couples daughter, is born via surrogate.

🎵 When I wake up in the mornin’ love And the sunlight hurts my eyes And there’s something without warning, loveBears heavy on my mind Then I look at you And the world’s alright with me Just one look at you And I know its gonna be A lovely day A lovely day 🎶 A LOVELY DAY 👶🏾👶🏾👶🏾 We are sleepless and delirious but so excited to share that our miracle baby arrived last night via surrogate and 11/7 will forever be etched in our hearts as the most loveliest of all the lovely days. Welcome to the party sweet girl! #onelastdance #skintoskin @dwyanewade ❤👑🥂 📸 by @awesomeedd

On November 7, Gabrielle and Dwyane welcomed their daughter Kaavia James Union Wade via surrogate—much to the surprise of literally everyone.

In a special interview with Oprah, Oprah at Home with Gabrielle Union, Dwyane Wade & Their New Baby, Gabrielle and Dwyane opened up about what they want Kaavia to know for her future: “We want her [Kaavia] to understand that she was so loved, wanted, desired, protected, and nurtured when she was just a thought,” Union shared. “We want her to know everything it took to bring her into this world, usually around the time she starts talking back. We want her to really understand what we went through. Luckily, she’ll have this special.”