A man has casued a stir by posting a comical advert for a ‘cursed mirror’ after his jealous girlfriend asked him to sell it.

Paul from West Yorkshire took to Facebok to reveal he bought the mirror while he and his girlfriend were on a break and seeing other people.

Since the pair rekindled their relationship, Paul claimed his girlfriend has called it the ‘sl*g mirror’ and said it was source of arguments.

He posted the ad in a buy and sell group on Facebook, advertising it for £20 and available for collection in his local area. 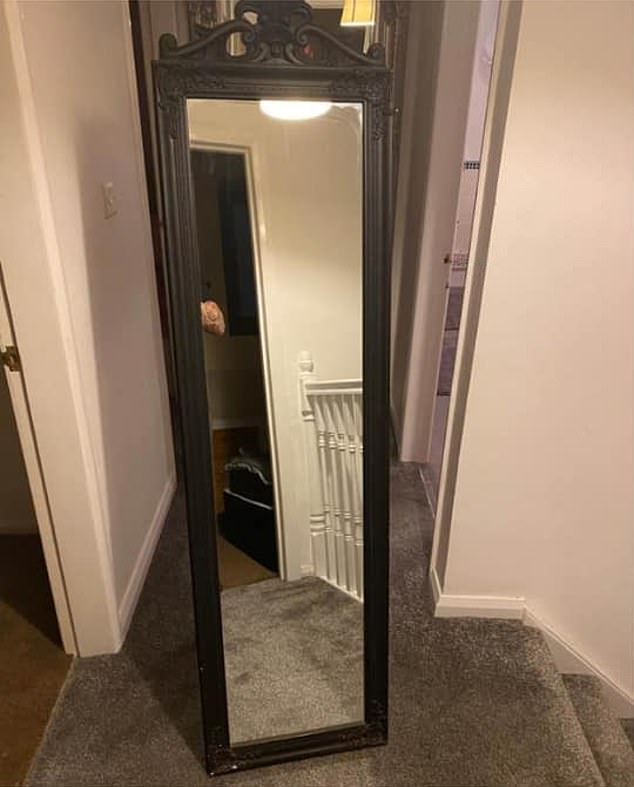 Captioning the ad, Paul said: ‘Absolutely cursed mirror for sale. Girlfriend is making me sell it.

‘Bought it a few years ago when we were on a break and seeing other people.

‘When we got back together she always called it the “sl*g mirror” when apparently “other sl*gs” have probably got changed in front of it, so it’s always been a good point of arguments.

Despite a few years passing, his girlfriend’s feelings on the matter are still heightened, and the matter came to a head when she spotted one of the other women while out shopping. 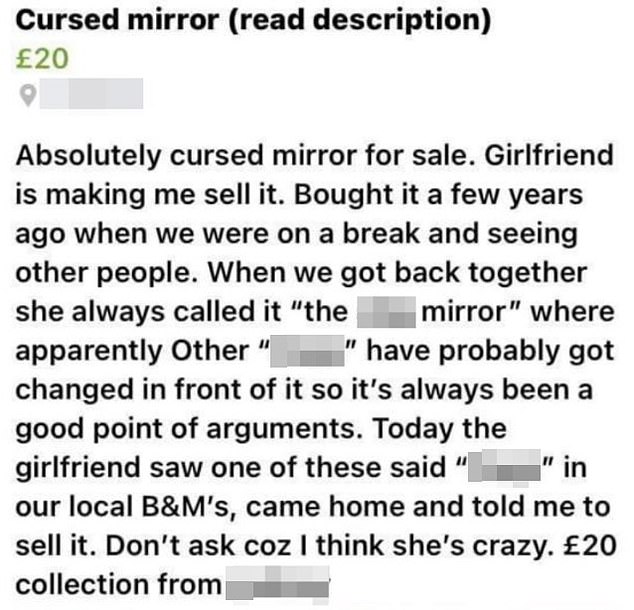 ‘Today the girlfriend saw one of these said “sl*gs” in our local B&M’s, came home and told me to sell it.

Paul later told The Sun: ‘She’s not really as crazy as I make out. It’s been an ongoing joke for a few years.’

Users took to Twitter to share their amusement at the advert, with one user writing – with copious laughing emojis: ‘Pretty sure she won’t be happy if she sees what he’s wrote on marketplace.’

Another wrote: ‘A lovely heart warming story that will add value to any item……’

A third commented: ‘That’s brilliant, he can keep the bed and mattress but the mirror has to go.’

One user said: ‘Wonder if she made him sell his bed too?’

Users took to Twitter to share their amusement at the advert, with one user writing – with copious laughing emojis: ‘Pretty sure she won’t be happy if she sees what he’s wrote on marketplace’