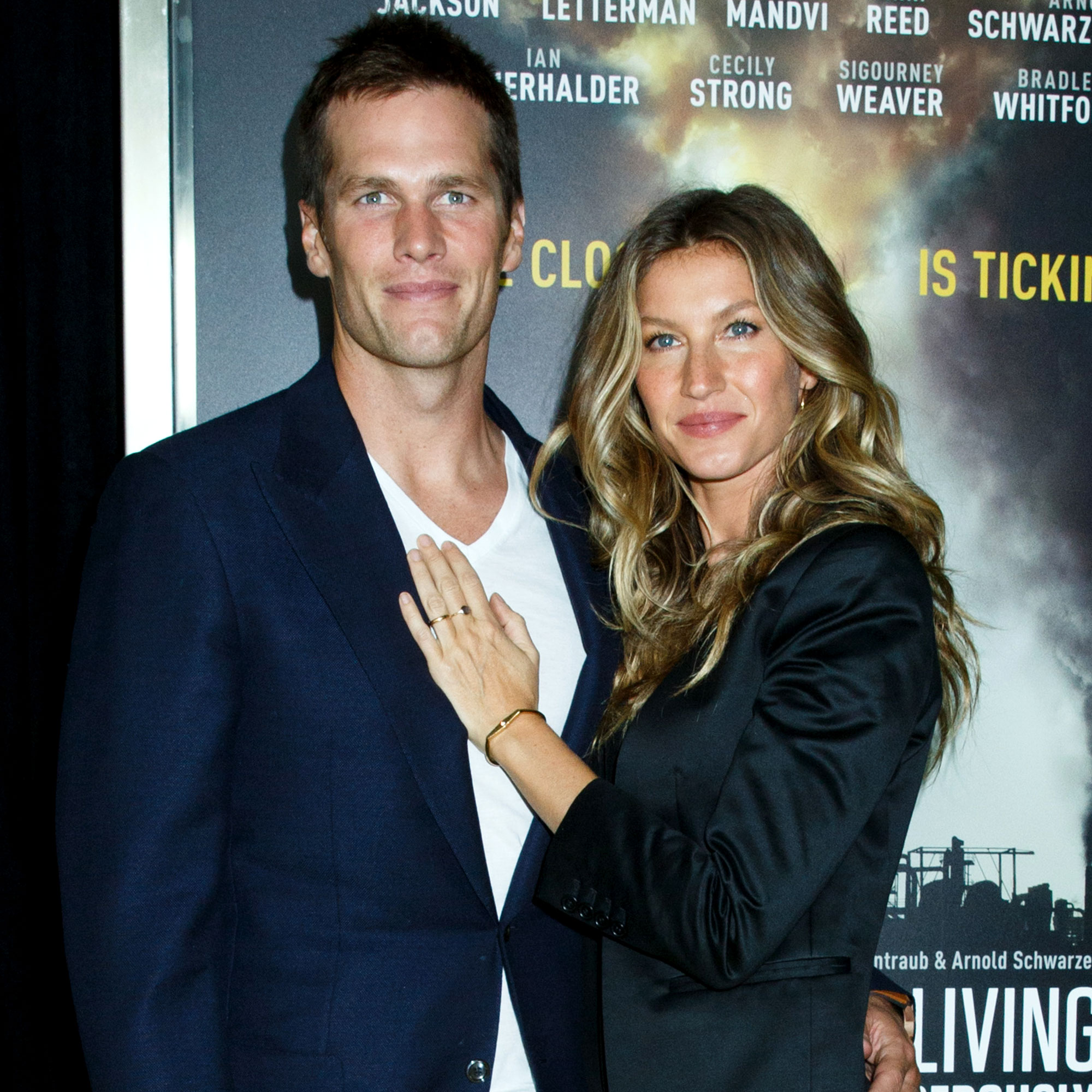 Still cheering him on. Gisele Bündchen may not have attended Tom Brady‘s NFL season opener — but she showed her support from afar.

Brady, 45, and the Tampa Bay Buccaneers kicked off the 2022-2023 season against the Dallas Cowboys at AT&T Stadium in Texas on Sunday, September 11. Before the seven-time Super Bowl champ’s team defeated the Cowboys 19-3, the supermodel, 42, sent her husband a supportive message.

The couple tied the knot in 2009 and share two children: Benjamin, 12, and Vivian, 9. Brady is also the father of son Jack, 15, with ex Bridget Moynahan. Earlier this year, the quarterback announced his retirement from the NFL after more than 20 seasons, noting in a February statement that it was “time to focus my time and energy on other things that require my attention,” including his family.

Rooting for Them! Celebrities Who Are Dating Athletes

Less than two months later, however, the California native walked back his decision to retire. “I love my teammates, and I love my supportive family. They make it all possible,” he wrote via social media in March. “I’m coming back for my 23rd season in Tampa.”

At the time, the Brazil native publicly celebrated Brady’s return to the football field. “Here we go again! Let’s go lovvvey! Let’s go Bucs!” she commented on his Instagram announcement.

The former New England Patriots player later teased that his wife was “not very surprised” by his decision to rejoin the league. “We’ve had a lot of time together and still have some more time coming up. She’s just amazing how she supports the family and our kids,” he told Us Weekly exclusively in June. “There’s so much that she’s put off in order to allow our kids to be nurtured and loved.”

Brady added: “She just does an amazing job with our family. So without her, I wouldn’t be able to do what I love. She’s just an amazing partner.”

Before the season officially kicked off, the athlete took 11 days away from training with his team to “deal with some personal things,” per head coach Todd Bowles. As his abrupt leave sparked speculation about tension in Brady’s marriage, a source exclusively told Us that Bündchen wanted her husband to stay retired.

“Gisele was not happy when Tom un-retired from the NFL after such a short time,” the insider revealed earlier this month, adding that Brady is “doing everything he can to make it up to” his spouse. “They’re working through things and trying to come out the other side.”

The “Let’s Go” podcast host has been candid about the ups and downs of balancing his career with his life at home. In October 2021, he praised Bündchen for making sacrifices in order for him to continue pursuing his passion.

Everything Tom Brady Has Said About His Brief NFL Leave

“I think my wife has, you know, held down the house for a long time now, and I think there’s things that she wants to accomplish,” he said on his podcast at the time. “You know, she hasn’t worked as much in the last 10, 12 years just raising our family and kind of committing to … a life in Boston and then moving to Florida.”

Brady later admitted to Us that he has room to improve when it comes to focusing on his family. “I think the point is everything really comes at a cost — to choose one thing and not another. I just got to make sure I have things balanced out the way that I need to have them balanced out at,” he explained in June. “So, I think for me, it’s just a matter of making sure in the off-season, I try to cover a lot of things and make sure a lot of things are taken care of. And then when a football season comes, I can really focus on football.”