A long-promised religious discrimination bill is back on the agenda but government MPs are uncertain whether it will get through their party room, let alone Parliament.

However, those who want a stronger bill as well as those worried about its effects note it was a key promise to parts of the electorate in 2019 and they don’t want to be seen as breaking a pledge. 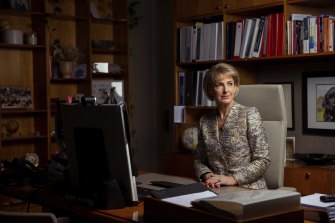 Labor supports the concept of protection against discrimination on religious grounds and has repeatedly offered to work with the government but is yet to see the draft legislation.

The Australian Christian Lobby boasted last month the legislation would include a so-called “Israel Folau clause” to give some legal protection to people who make statements of belief. It was first proposed following Rugby Australia’s decision to terminate Folau’s contract in 2019 over a social media post claiming homosexuals, adulterers, atheists and other “sinners” would go to hell.

This clause is a sticking point for moderates in the Coalition, with one saying people needed the right to free speech but it shouldn’t extend beyond the existing boundaries to protect against other types of discrimination.

Another concern among those who have been briefed by Attorney-General Michaelia Cash is arrangements for medical professionals, which are seen as taking conscientious objection to a new level that could lead to people not being told about treatment options.

One MP, speaking on condition of anonymity, said an example of what could happen would be if a doctor objected to certain COVID vaccines on religious grounds, they might not tell patients they are available.

Dave Sharma, the Member for Wentworth, said he was aware of several colleagues unhappy with the bill as it stood, he wants to make sure it is narrowly constructed to protect people of faith from discrimination, rather than allow them to discriminate on the basis of their faith.

“It cannot be used to undermine existing rights, particularly among the LGBQTI community. It really should be a shield and not a sword,” he said.

A number of members have indicated to Senator Cash their vote on the floor could not be guaranteed if these clauses were kept in the bill. Labor also believes the Folau clause goes too far.

Nevertheless, it is expected to be introduced to Parliament next week. This leaves a tight timeframe to fulfil the 2019 election promise ahead of next year’s poll, with Labor keen to ensure it goes through the usual committee scrutiny process.

One MP who is broadly in favour of the changes noted if it was easy to find a balance between the two sides, the election promise would have been fulfilled already.

Another was sceptical that what would be delivered would match what religious communities believed they had been promised during the last election.

“We promised them a cake, and we’ve delivered a slice,” they said.

Senator Concetta Fierravanti-Wells wants to see people’s right to practice their religion protected but she also has broader concerns about the plethora of anti-discrimination acts.

“The current bills fall far short of properly protecting religious freedom. It reinforces my view that no bill is better than a flawed bill,” she said.

“Instead, a more effective and long-term solution would be to work with the states and territories towards a consolidation of Commonwealth and state discrimination law.

“This would ensure equality of rights across all areas and conformity of Australia’s obligations under international law.”

Independent senator Rex Patrick said he had seen the changes to the bill but they hadn’t won him over.

“I don’t understand why the government is opening this can of worms again – it was hard enough for them to put the lid back on the can the last time,” he said.

Centre Alliance is yet to take a formal position, wanting to see the final version of the government’s proposal first.