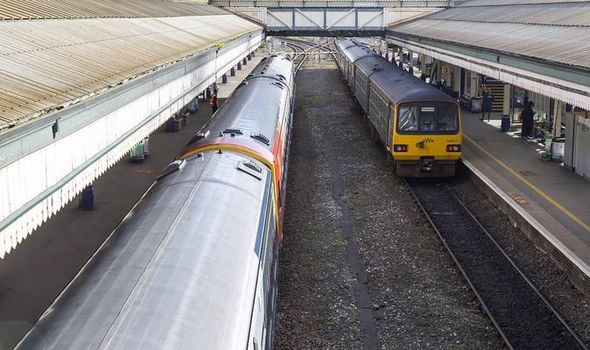 Electric trains are better for the environment than diesel trains, and they are quieter for passengers on board the train and those living close to the railway. Meanwhile, flights globally produced 900 million tons of carbon dioxide in 2019, the Air Transport Action Group said.

Modern airplanes continue to burn significant amounts of fossil fuel, although some have attempted to replace that with renewable biofuels.

Virgin Atlantic flew a commercial transatlantic flight from Orlando to Gatwick Airport with a fuel containing five percent biofuel in 2018 on a Boeing 747.

The airlines plan to offset jet fuel emissions by planting trees or avoiding the release of additional carbon dioxide.

Electric aircrafts have been described as “an inevitable step” for commercial aviation but more engine development and certifications are needed before they take to the skies.

The first round-the-world flight by a solar-powered aeroplane took place in 2016.

The Solar Impulse 2 aircraft was equipped with more than 17,000 solar cells that weighed only 2.4 tons

Pilot Bertrand Piccard said: “All the clean technologies we use, they can be used everywhere. So we have flown 25,000 miles, but now it is up to other people to take it further. It is up to every person in a house to take it further, every head of state, every mayor in a city, every entrepreneur or CEO of a company.

“These technologies now can make the world much better and we have to use them, not only for the environment, but also because they are profitable and create jobs.”

Britons are increasingly turning to electric vehicles as families and commuters do their bit for the environment.

These figures lay out the current usage of electric cars and the expected take-up in years to come.

33 million – number of cars on the road now

20 miles – the average daily mileage of most drivers