One such unfortunate group elected to unfurl a protest banner on the roof of a London Underground train at the traditionally working-class and ethnically diverse Canning Town station, east London, in the morning rush hour. Big mistake. “I’ve got to feed my kids!” screamed one exasperated commuter as the angry crowd surged to detach the protesters from their perch. Fortunately the misguided eco-warriors were unharmed but I don’t think I’ve seen a more powerful example of the dichotomy that can exist between some green activists and ordinary people just trying to provide for their families.

It’s essential to make people sit up and realise what we are all doing to the planet. But as I have quickly learned, evangelising on environmental issues to people who haven’t got the luxury to prioritise such concerns is wrong. Too often, people get caught up with one element without taking a broader view. If customers can’t buy caged hens’ eggs any more because they are deemed lower welfare than free-range eggs, they might not be able to afford to provide high quality protein for their families.

If environmentally friendly paper bags don’t sell because people prefer the robustness of plastic bags, they aren’t properly sustainable because the customer doesn’t want them. And if sales drop by 20 per cent following the installation of doors on our fridges in a bid to lower energy usage, that isn’t sustainable because the business would go bust.

We need to tell people – not tell them off. And rather than capitalism itself being the scurrilous root cause of these problems (as some green protesters would see it), the
private sector has a key role to play in working towards solutions.

Trailblazers such as Body Shop founder Anita Roddick led the way by shaping her business model around ethical consumerism. While my personal hero David Attenborough declined the top job at the BBC to focus on bringing the wonders of the natural world to as many people as possible. 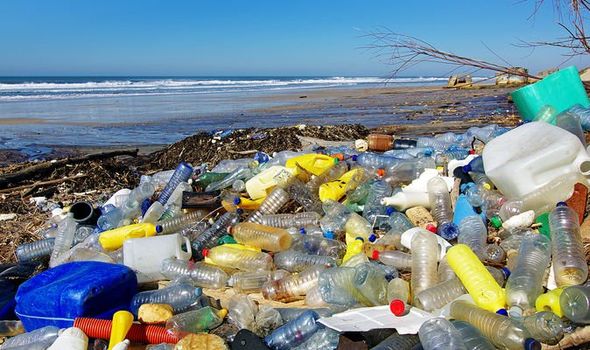 Corporations are the co-drivers of consumer behaviour – and consumerism is wrecking the planet. Business orchestrates what people buy, when and how they buy it – what type of car or water bottle, which mortgage product or holiday destination. It follows that corporations are in a unique and powerful position to put things right.

I had been looking forward to my surfing trip to Taghazout in Morocco for months and, when I got there, I wasn’t disappointed – world-famous waves like Killer Point and Boilers were in peak condition. But despite the primo conditions, I cut short the long-anticipated trip because it wasn’t just the waves that greeted me as I stood on the white sandy beaches and paddled in the water. I looked in horror at the amount of plastic detritus everywhere. It was overwhelming. Nauseating.

That trip was more than 10 years ago. Since then there has been more new plastic produced than there was over the entire previous century. And every time I have surfed since then, I’ve witnessed the growing sewage of plastic in our seas and on our beaches.

Seeing first hand the degradation of the natural world made me a strong advocate for the environment. But after I came to work for Iceland, it dawned on me we were a significant contributor to the problem because pretty much every product we sold was packaged in plastic.

I became determined to try to do something about it. Then one freezing cold day in 2017 I found myself at New Brighton beach on the Wirral. The wind howling from the north, with long plumes of sand swirling in its wake, made my eyes stream. I was there to join a community beach clean. 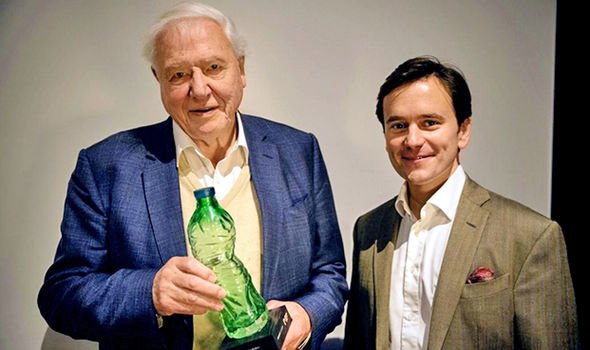 I mentioned that the windswept beach looked remarkably clean. “You really think so?” said Chris Cureton, an activist from the British Divers Marine Life Rescue charity, as he crouched to pick up a handful of tiny plastic spheres.

“These are mermaids’ tears – also called nurdles. They are the raw material for everything made from plastic,” he explained. “And as they look exactly like fish eggs, the birds eat them.” Now I had seen them I couldn’t un-see them: they were literally everywhere – long lines of multicoloured dots endlessly stretching out across each tideline.

The planet’s oceans are both immense carbon sinks and oxygen producers… vast, silent ecosystems upon which all life on Earth ultimately depends.

The oceans are our critical ally – the more diverse, the better. Yet they are being swamped by plastic waste, with a truckload of the stuff dumped into the seas every single minute of every day. A dog-eared plastic bag has even been found six miles down at the bottom of the ocean… our last, great unexplored habitat but no longer beyond the plastic plague. The very qualities that make plastic so fantastic – indestructible, versatile, colourful, lightweight and cheap – also make it harmful.

Those nurdles are just one example of microplastics. All plastic in the environment eventually breaks down into microplastics, and then tiny nanoplastics. Scientists are now learning that such nanoplastics and their by-products have slowly entered our food chains… and insidiously worked their way into our own bodies.

I wanted to find out exactly what was going on inside my own body, and so organised a toxic non-metal chemical profile through the Biolab Clinic in London. My urine sample clearly showed that my body had burdens of toxic compounds, such as monoethyl phthalate, phenylglyoxylic acid and diphenyl phosphate.

These markers are the result of exposure to particular tracer chemicals like phthalates, styrene and triphenyl phosphate – all used in a wide range of plastic products.

So in January 2018, Iceland became the first major retailer anywhere in the world to commit to eliminating plastic packaging from all our own-label products – and to achieve it by the end of 2023.

Getting rid of plastic is a lot more difficult than people realise. The scale of what we need to achieve is enormous, working across 1,400 product lines with 300 different suppliers. Take those infamous plastic-wrapped cucumbers, for example. Superficially, it seems absurd (although not as mindless as shrink-wrapped coconuts, which still baffles me).

But by wrapping a cucumber in plastic, moisture is retained, and the shelf life is dramatically increased – thus cutting down on food waste in both store and home.

The packaging alternatives we’ve seen are either more expensive or technically inferior. Increasing cucumber deliveries to our stores (to hold less stock and therefore sell unwrapped cucumbers more quickly), would increase cost and emissions. So the mystery of how to sell an unwrapped cucumber remains unsolved, for now. 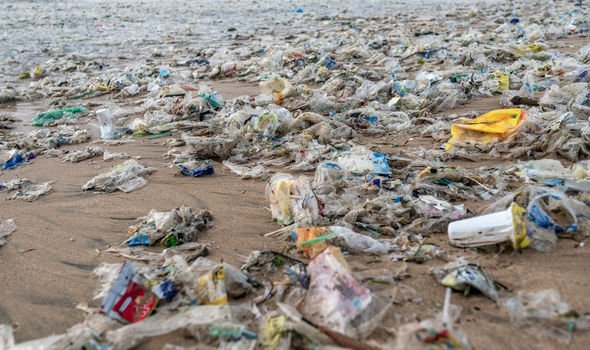 And while many recent surveys can be used as evidence of modern consumers showing a preference for ethical brands, do customers care in the real world, away from middle-class virtue-signallers? At Iceland, the reality that we face time and time again is that customers do not want to be lectured to about environmentalism.

They’ve got enough on their plates. They care about all of these issues, but just haven’t got the time for first-world indulgences.

For example, take our 30-store trial replacing plastic carrier bags with paper bags. I quickly learned that above all else our customers want to get in, buy what they need and get out… quickly. They do not want to be barraged with messages about the state of our oceans or be told to think hard about paying more for more sustainable paper bags. Because they won’t. (And they didn’t.)

Plastic removal has involved a painful process of trial and error. We introduced paper bands to hold together bunches of five bananas, hoping to replace the 10 million plastic bags a year we were wrapping them in. But the bands weren’t strong enough to hold the bunches together: wastage increased, sales fell and we had to revert to bags in many stores. Our first two ready-meal ranges launched in board trays – Mexicana street food and Hungry Heroes meals for kids – did not last because customers did not take to them (the food, I firmly believe, rather than the trays). 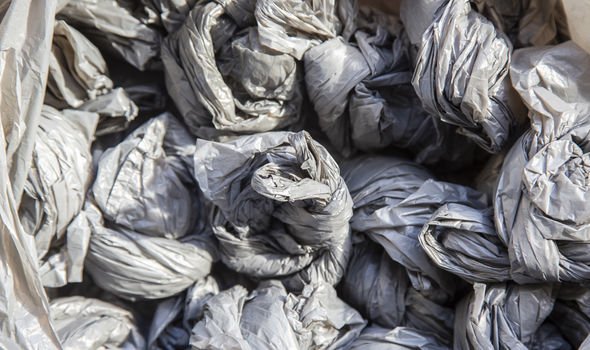 We trialled loose fresh produce in one of our larger The Food Warehouse stores for three months in 2019: sales fell by 30 per cent. Similarly, we launched the UK’s first plastic-free chewing gum in August 2018 – an entirely natural product that is also completely biodegradable. The average chewing gum user was pretty horrified to find the stuff was based on plastic – but evidently not as horrified as they were at paying more for a non-plastic alternative. We had to delist it a year later because of poor sales.

Ultimately, without customers, there is no business. And if they aren’t interested in your initiative… then it was never sustainable. Crucially, we must ensure products remain cost-neutral to customers, many of whom have little cash to spare. This is essential if we are to make environmentalism accessible to everyone.

After years of research, we have come to the conclusion that in most cases the best alternative to plastics does not lie in some miracle new material.

The best solution is probably the oldest material known to man: trees. And by trees, I don’t mean wood – I mean materials derived from wood such as paper board, pulp and so on. And yes, the irony of going back to a material that plastic replaced because of environmental concerns about chopping down too many trees has not escaped me.

But steadily we are making progress – and in March last year I was delighted to announce that, two years into our mission, Iceland had reduced its plastic packaging usage by 29 per cent or 3,794 tonnes annually – the weight of 542 elephants. Since our announcement in 2018, every major UK supermarket has now set themselves dramatic plastic reduction targets. Tesco pledged to remove one billion pieces of plastic, Sainsbury’s will halve its plastic footprint by 2025 and Waitrose will eliminate unnecessary plastic by 2023.

They are all to be applauded. And, in turn, this will help make Iceland’s 2023 own-label plastic removal target more deliverable.

Am I worried we won’t meet our target? Of course. Am I worried I’ll be dragged through the media and accused of not fulfilling my promise? Yes. Will that stop me giving it everything I’ve got? No way.