Lin-Manuel Miranda’s Broadway musical Hamilton has become a hit once again. This time it is a film of a performance from 2015 that featured the original cast released on Disney+. However, a new documentary about the musical sensation has revealed that one song was so difficult to write, Miranda barely finished it before the show’s debut. 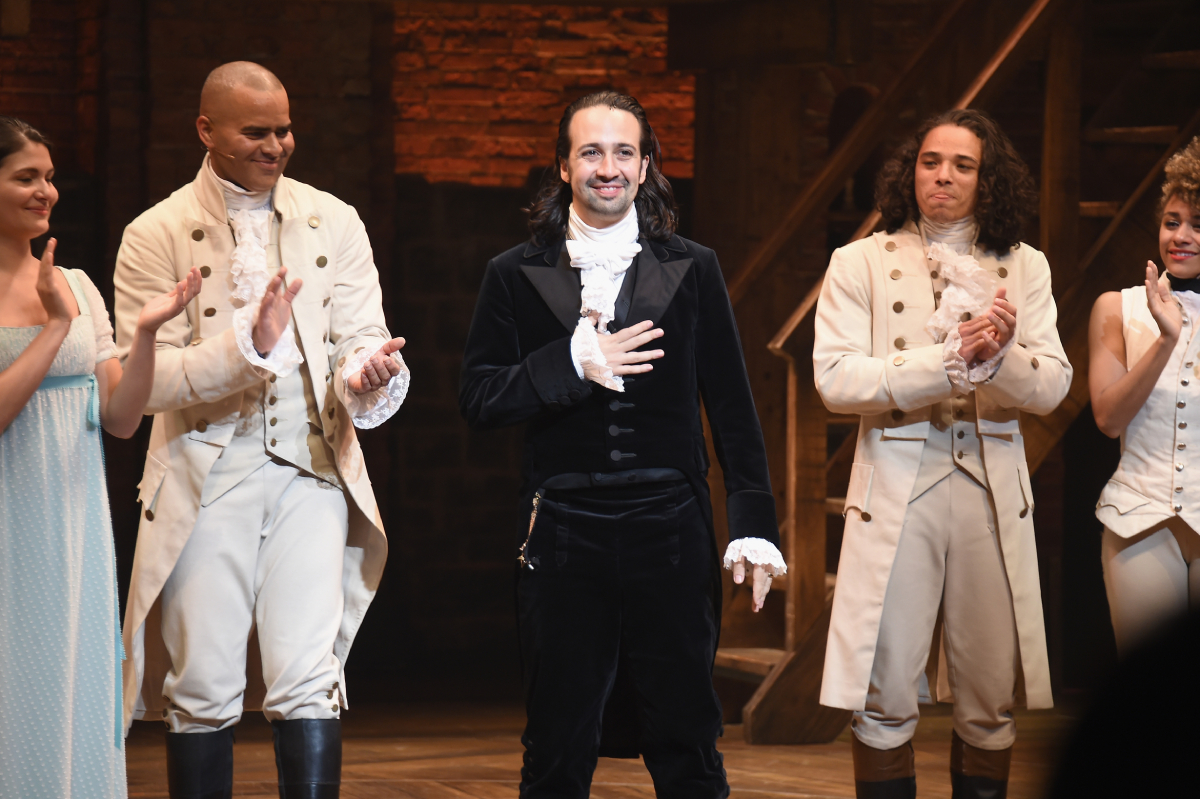 ‘Hamilton’ was originally scheduled for an October 2021 theatrical release

When Hamilton hit Broadway in 2015 it quickly became a cultural phenomenon. Now, there has been a renewed interest since Disney+ released the film version on July 3.

According to Screen Rant, the COVID-19 pandemic prompted Disney to scrap their plans for a full theatrical release of Hamilton in October 2021. Instead they released the movie to their streaming service Disney+. This has given fans both old and new the chance to see the show and grow its popularity even more.

Hamilton is a Tony, Grammy, and Pulitzer-winning show, which made it the perfect choice for the first filmed stage musical to be streamed on Disney+. It has been so successful that rumors have started to swirl that the next addition for Disney+ will be the stage version of Aladdin.

Filmed On Stage claims that there is a filmed version of the West End production of Aladdin that was shot before the show closed last year, and Disney+ will use that footage to bring the show from stage to screen.

1 song left quite the impression on Leslie Odom Jr.

There is no doubt that Hamilton has a significant impact on the majority of people who see it. But it also made an impression on the actors starring in the show. Leslie Odom Jr. starred as Aaron Burr in the original Broadway cast, which meant he served as the narrator and also sang two songs, Wait For It and The Room Where It Happens.

However, Odom Jr. recently told Wired that the Hamilton song that left the biggest impression on him was one fans wouldn’t expect.

“The song that left the biggest impression on me was not a song you might expect. It was The Story of Tonight, Odom Jr. revealed. “As a casual fan of the theater, I had never in my life seen four men of color on a stage singing together about friendship and brotherhood. So to me, that was the revolution.”

Odom Jr. says that image “packs such power” that he committed to being the first-ever “Hamilfan. ” And, he was going to bring everyone in his life to see the show because “it was worthy.”

Miranda reveals the most difficult Hamilton song to write

The last appearance for the titular character before the finale features Alexander Hamilton’s (Miranda) duel with Burr. The scene is depicted in the show’s penultimate song The World Was Wide Enough.

Miranda says in the new behind-the-scenes documentary Hamilton: History Has Its Eyes On You that this was the hardest song to write. Not only does this song depict the infamous duel, but it also shares Hamilton’s final thoughts before Burr’s bullet fatally wounds him.

“I kept writing songs fhttps://www.youtube.com/watch?v=OWUvJCCUq8Ior the moment and all the songs felt wrong. And then I woke up New Year’s Day 2015 and my son, who was about a month and a half old, was asleep on my chest,” explained Miranda. “My dog was asleep between my legs, and my wife was asleep next to me. And it was quiet, and I realized ‘Oh, quiet. I haven’t used quiet for the whole two hours and thirty minutes of this show. That’s the one move left.’”

Miranda says he wrote the song just a few days before debuting Hamilton in front of its first audience. He also described that challenge as “a real imaginative leap.”