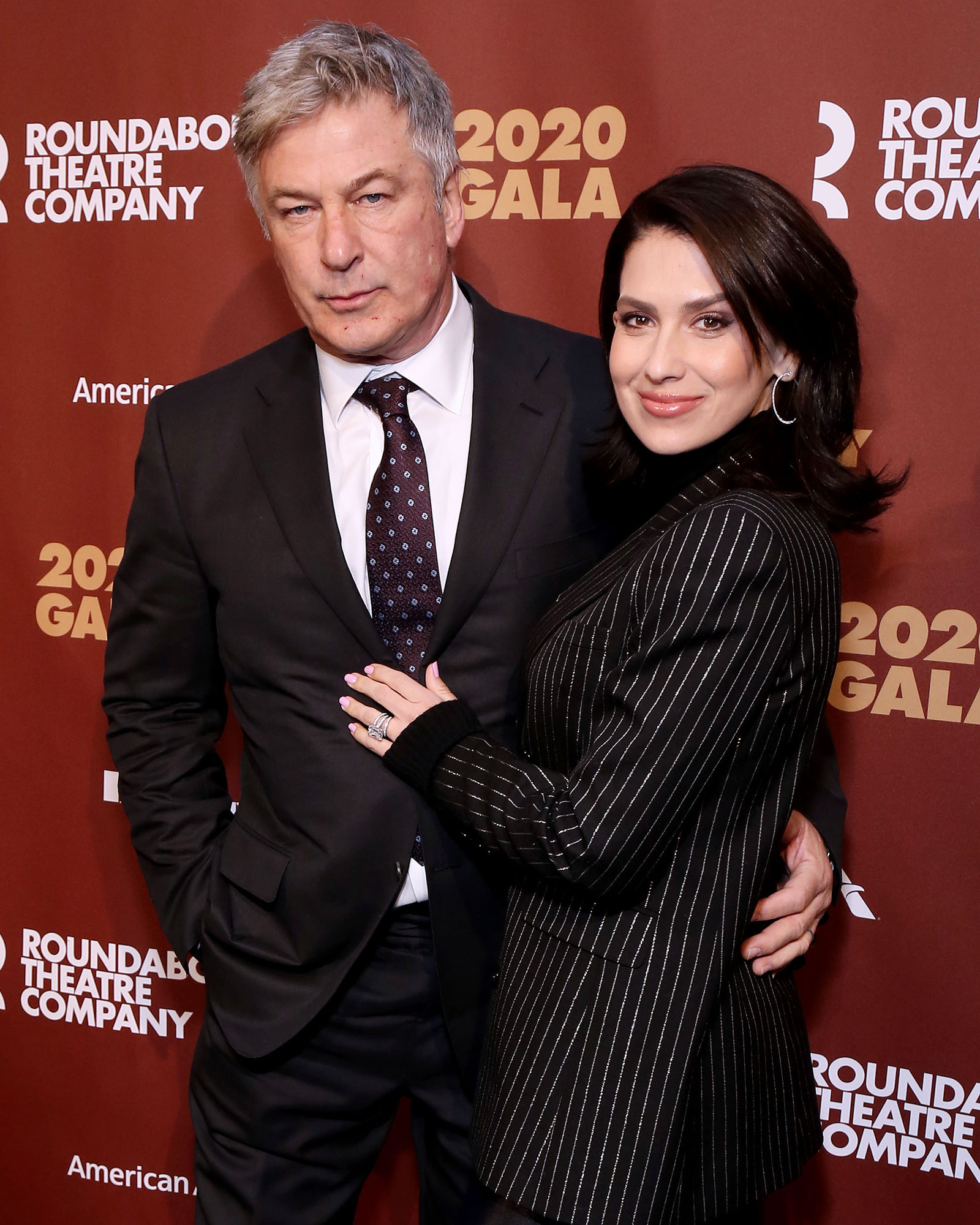 On the defensive. Hilaria Baldwin opened up about the “darker part” of being married to Alec Baldwin, claiming that there are “enemies” who want to take down their family.

Alec Baldwin and Hilaria Baldwin’s Relationship Timeline: From Whirlwind Romance to Parents of 7

“To enter your world and become your person has been both a joy and an eye opening experience,” the former yoga instructor, 38, wrote via Instagram on Wednesday, July 27, alongside a black-and-white photo of her cuddling with the 30 Rock alum, 64. “How many wonderful moments, meeting incredible people, doing amazing experiences, and building a family. I am forever grateful. Every day.”

She continued: “The darker part is seeing behind the curtain at how some of this ‘business’ can function and the blows and sacrifices that someone in the public eye takes for speaking up for what they believe and for helping others. Enemies of these missions seek to destroy you, in order to delegitimize your voice and purpose.”

Though Hilaria claimed that the tactics used against her husband are “as old as history,” she argued that social media has made it “easier than ever to slander people and cherry pick and piece together strands taken out of context, ‘opinions,’ or complete fabrications.” The Living Clearly Method author added that she also feels “dehumanized” by people who don’t like her or Alec, noting that it is “another old tactic to go after the spouse of your enemy.”

Despite all of the “psychological torture” that comes with the negative aspects of living in the public eye, Hilaria expressed her appreciation for the Beetlejuice star and everything that he has achieved over the course of his career. “How many times I’ve experienced people stopping you and thanking you for your philanthropy in the arts, your work with children, fighting for our environment, and yes, we all know: our politics,” she wrote. “People see how hard you fight for what you believe is right. And we are grateful. Listen to these voices … turn down the volume on the darkness and negativity.”

The Massachusetts native continued: “I am the one that sees you in your dark moments … the human moments — away from the movie stardom and public figure that people are so quick to elevate or execute. … I want you to be told time over time how much we see you and appreciate you. And we know that you are carrying quite a load, using the privileged place of your public voice for good. Not everyone with your privilege chooses this path.”

Hilaria’s post comes in the wake of a tumultuous year for the couple, who are currently expecting their seventh child together. In October 2021, a prop gun used by Alec was fired on the set of his upcoming film, Rust, killing director of photography Halyna Hutchins and injuring director Joel Souza.

“There are no words to convey my shock and sadness regarding the tragic accident that took the life of Halyna Hutchins, a wife, mother and deeply admired colleague of ours,” the Boss Baby actor wrote via Twitter days after the tragedy. “I’m fully cooperating with the police investigation to address how this tragedy occurred and I am in touch with her husband, offering my support to him and his family. My heart is broken for her husband, their son, and all who knew and loved Halyna.”

In addition to a criminal investigation, Hutchins’ family filed a wrongful death lawsuit in February that named Alec as a defendant along with seven producers and numerous crew members. One month later, Variety confirmed that the L.A. Confidential star was in the process of settling the suit.

That same month, Alec and the former “Mom Brain” podcast host announced that they were expecting their seventh child together, his eighth. (The Departed actor shares daughter Ireland Baldwin with ex-wife Kim Basinger.) “After many ups and downs over the past few years, we have an exciting up and a huge surprise: another Baldwinito is coming this fall,” Hilaria wrote via Instagram in March. “We were pretty sure our family was complete, and we’re beyond happy with this surprise.”

Alec Baldwin and Hilaria Baldwin’s Sweetest Moments With Their Kids

The duo — who are parents to Carmen, 8, Rafael, 6, Leonardo, 5, Romeo, 3, Eduardo, 18 months, and Lucia, 13 months — have previously slammed people who criticize them for having a large family. “Shut the f–k up and mind your own business,” the Oscar nominee wrote via Instagram in March 2021. “I believe that people should simply say congratulations, or just shut the f–k up. That’s it.”