Could it get ANY worse? Hilarious photos reveal unfortunate people having a VERY bad day – including awkward tan lines and a pet owner covered in puppy sick

Whether it’s the WiFi going down or leaving your umbrella behind on a rainy morning, we’ve all had one of those days where every little thing seems to go wrong.

And now, a number of hapless social media users have shared photos online of their particularly unfortunate days – from a woman with awkward tan lines to a pet owner covered in puppy sick.

Some of the most amusing (and unlucky) snaps from around the world include a person returning home to birds using his open shower window as their lavatory, while another captures a toothbrush falling into a toilet brush holder.

Here, FEMAIL reveals a selection of the funniest, collated by Bored Panda… 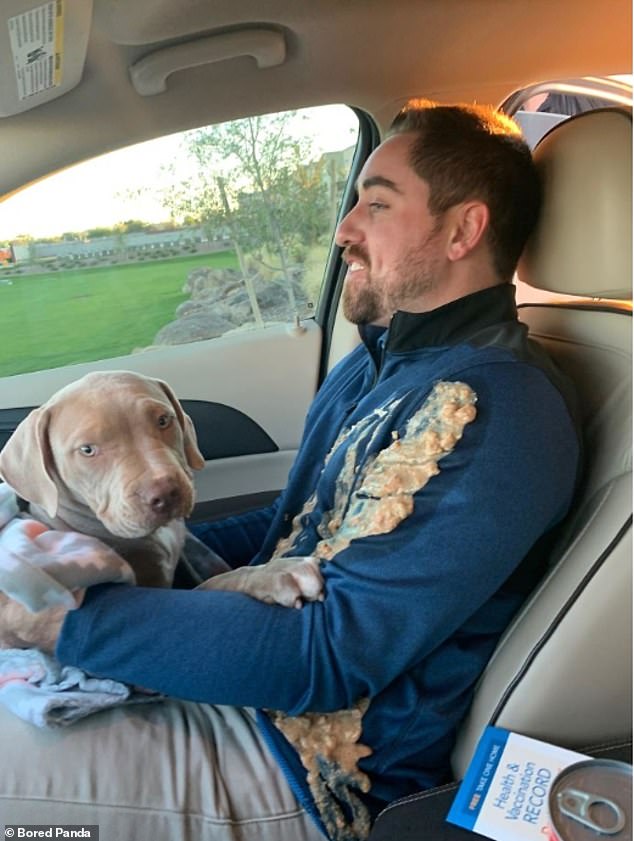 An unknown pet owner, believed to be from the US, is covered in his nervous puppy’s sick during the animal’s first drive home 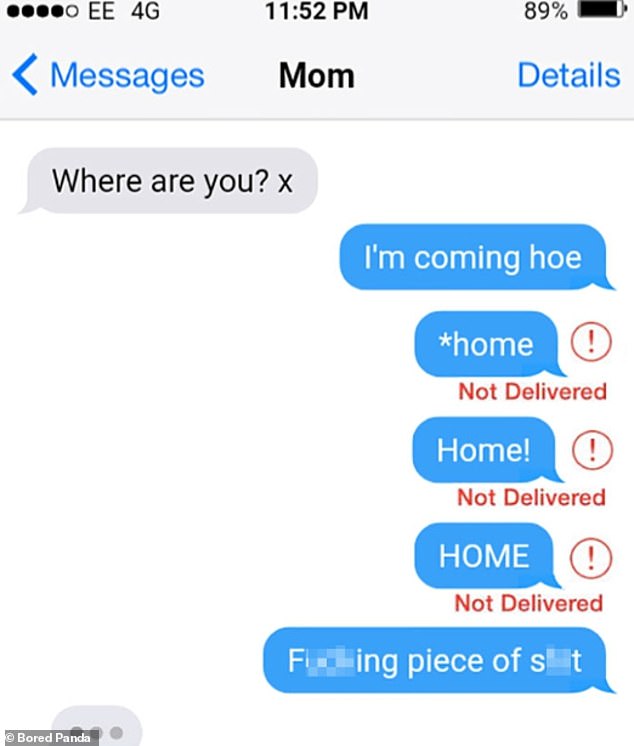 A person, believed to be from Birmingham in the UK, accidentally sends their mother the message ‘I’m coming h**’ rather than ‘I’m coming home’ 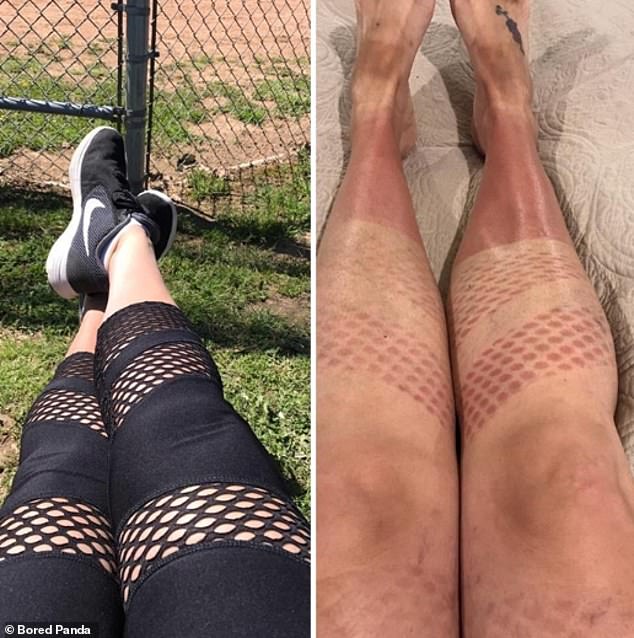 An anonymous woman, at an undisclosed location, has awkward tan lines after sitting in the sun while wearing cut-out gym leggings 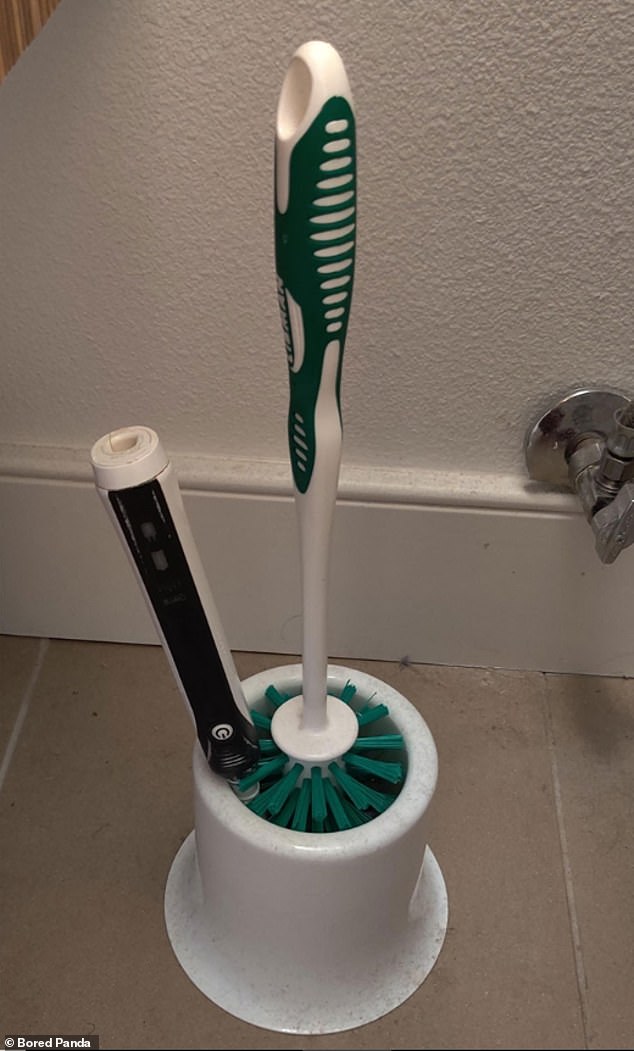 An electric toothbrush falls into a toilet brush holder. The owner, from an unknown location, admits: ‘I was confused when it didn’t sound like it hit the floor’ 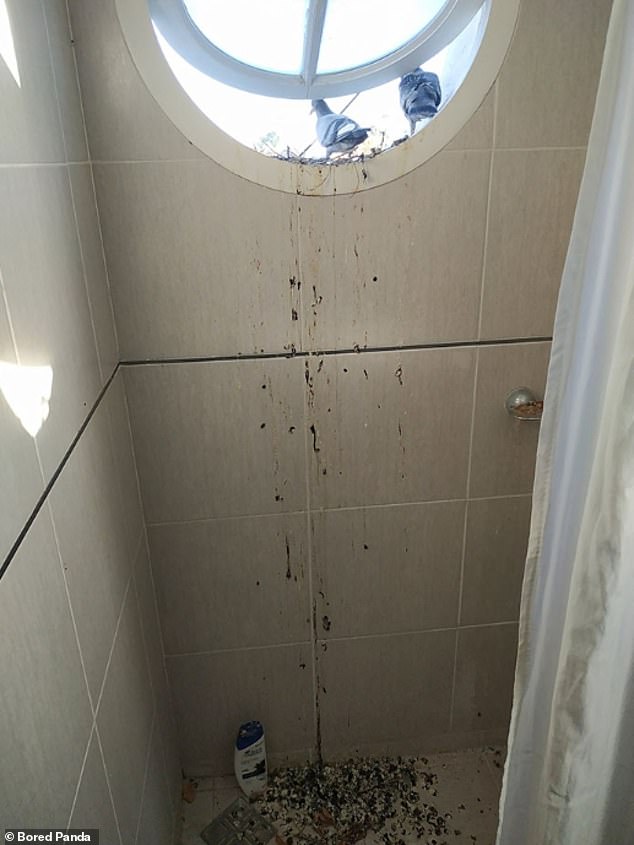 A man, thought to be based in America, returns home to his flat to see birds have been using his open shower window as their own personal lavatory

A person, from Croatia, showcases the epic fail (seen right) that occurred after they tried to make a rainbow cake (advertised left) 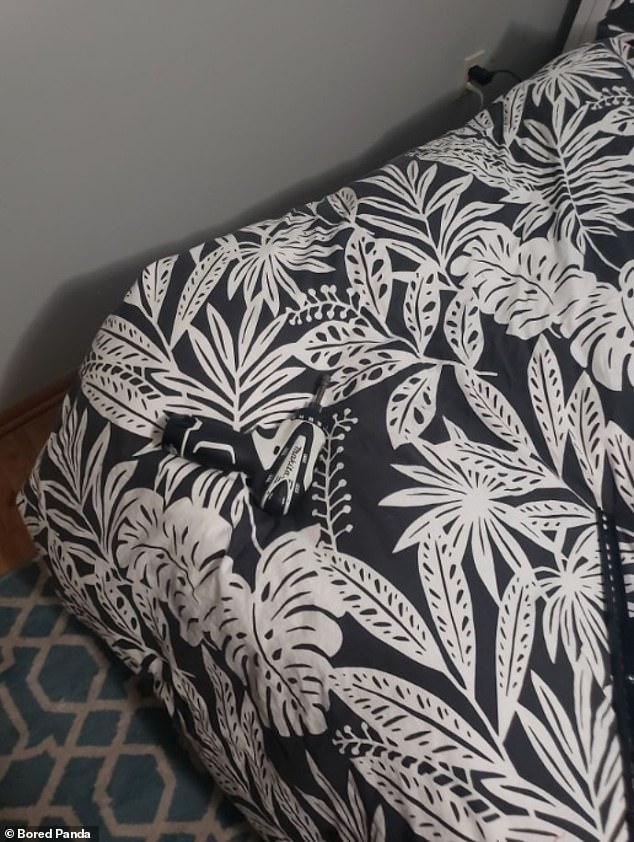 A social media user admits it took them half an hour to realise they’d left their black and white screwdriver (pictured centre) on the patterned bed cover. It is unclear where the image was taken 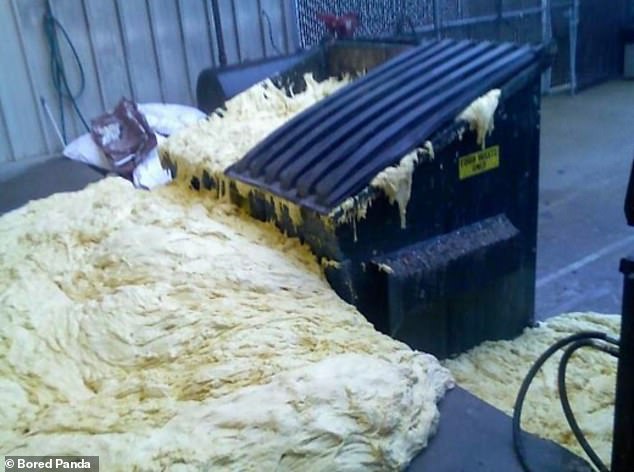 A baker, thought to be based in America, creates an enormous mess after his ingredients explode in a bin 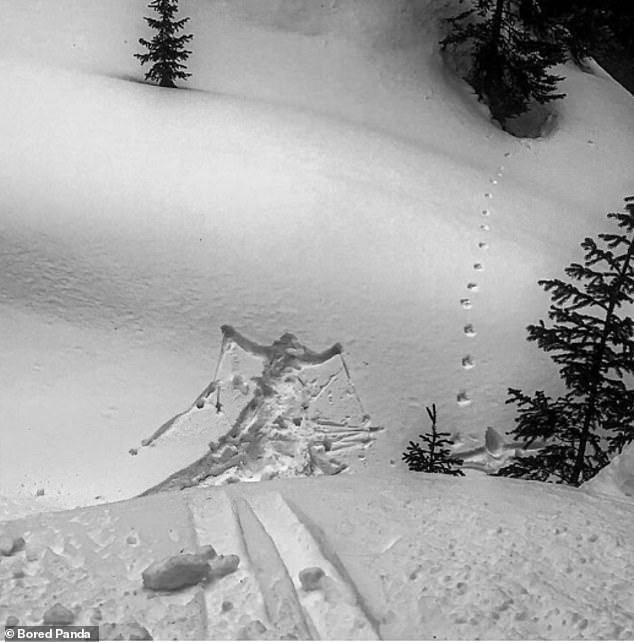 A skier appears to have taken a plunge in this black and white image. It is unclear where or when the photograph was originally taken 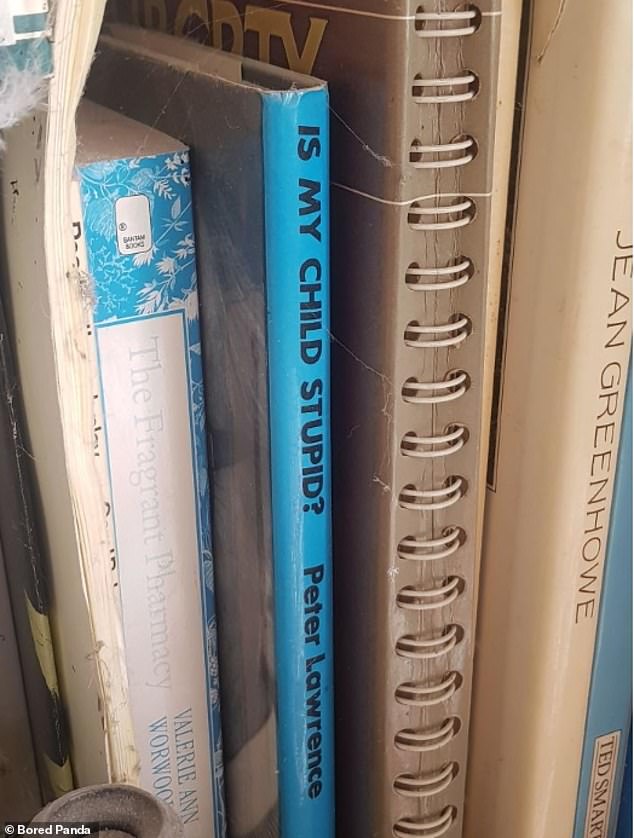 One British social media user admitted: ‘I’m 49. Just found this in my mum’s bookcase’ – after they discovered a book called ‘Is my child stupid?’ 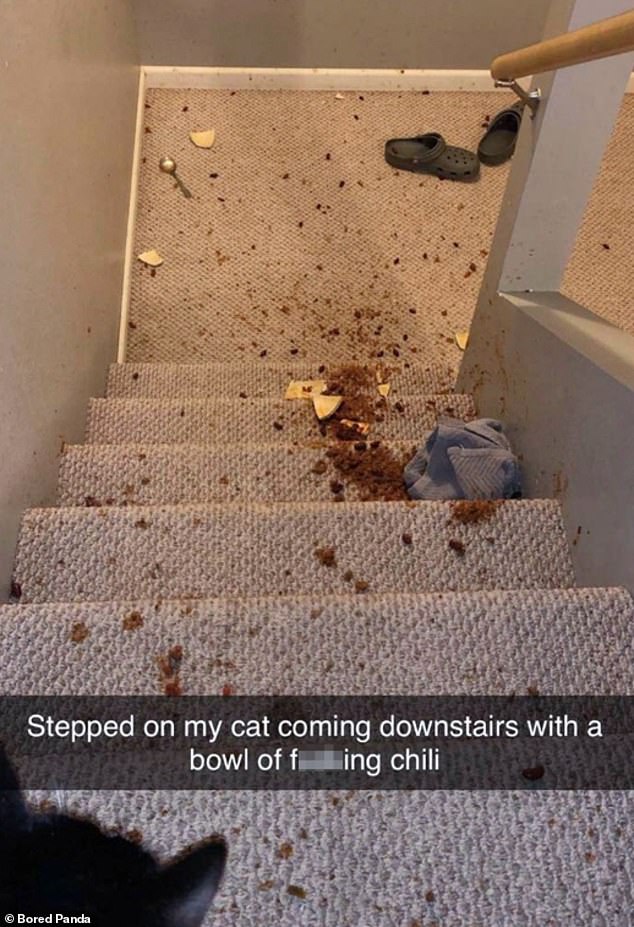