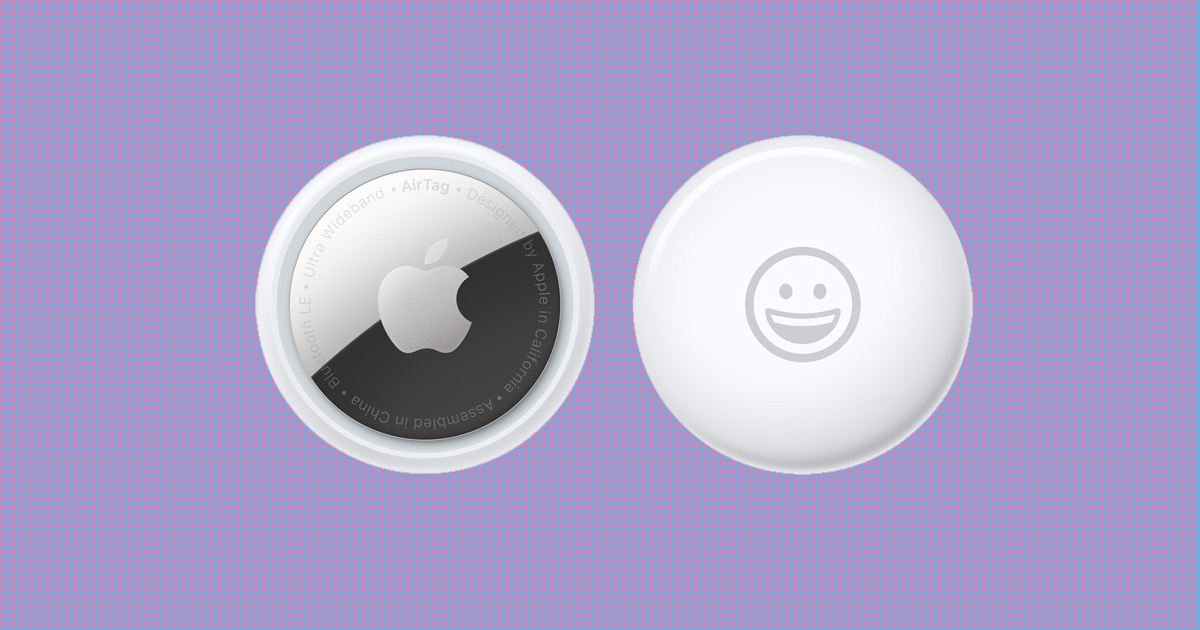 2021 was a year when women were forced to question their safety in day-to-day life – just like every year that came before it.

The devastating cases of Sarah Everard and Sabina Nessa put an even brighter spotlight on the myriad potential dangers women face in our society.

Sadly, it seems 2022 is carrying on that narrative.

Recently, American model Brooks Nader shared with her Instagram followers that an AirTag had been slipped into her coat.

AirTags are tracking devices developed by Apple that are designed to help people find personal objects – such as keys.

You can track the object’s location through the Find My iPhone app, which detects the bluetooth signal sent by the device.

In Brooks’ case, she received a notification on her iPhone that an unknown AirTag had been ‘moving with her for a while’ and that ‘the owner could see its location’.

She believes the AirTag was slipped into her coat pocket while at a bar and she didn’t find the item until hours later.

Brooks raised the alarm after realising whoever did it would have been able to follow her home.

Posting on Instagram, she called out Apple, writing: ‘Did you take into consideration the danger and potentially fatal consequences this device has?

‘Ladies, check your bag, coat, pockets, and surroundings. Disturbed isn’t even the word.’

So, did Apple realise the dangers of this device? And what should you do if you suspect you have been ‘AirTagged?’

On its official website, Apple states that AirTags are ‘designed to discourage unwanted tracking.’

The page reads: ‘If someone else’s AirTag finds its way into your stuff, your iPhone will notice it’s travelling with you and send you an alert. After a while, if you still haven’t found it, the AirTag will start playing a sound to let you know it’s there.

‘Of course, if you happen to be with a friend who has an AirTag, or on a train with loads of people with AirTag, don’t worry. These alerts are triggered only when an AirTag is separated from its owner.’

CTO and founder of deep tech company FocalPoint, Dr Ramsey Faragher confirms that one AirTag can speak to all bluetooth devices and that alerts are only triggered when a device is separated from the owner.

Yet, while Apple says you will always be alerted of someone else’s AirTag, the location information can still make its way back to a potential stalker.

‘AirTags automatically talk to all iPhones as standard all the time,’ Dr Ramsey explains. ‘Every few minutes they say “hey there” over bluetooth, which means that any phone within about 50m can hear them and log the information. For example, the technology will say “I just heard AirTag Serial number 91293767234913 say hello at this exact time at this latitude and longitude,”

‘The phone that hears the tag checks its own GPS position fix to log the position of the AirTag.’

He continues: ‘The iPhone ‘find my device’ network ignores all the tags it hears unless one is already listed as lost by the owner in which case it reports the position and time back to that user looking for the device.

‘So a stalker will put a tag on someone secretly, then immediately register it as lost. If they don’t do that then it will be “invisible” to everyone.’

Dr Faragher says that while Apple has implemented ways to stop this, protections need to be strengthened.

‘A lost AirTag starts beeping after about three days, but that means you have three days of silent stalking,’ he explains. ‘It doesn’t beep constantly so the beeps might be missed. Plus, there are guides on the internet on how to disable the speaker in an AirTag.

‘Apple will warn an iPhone if an AirTag appears to be “moving with it” that isn’t registered to it, but you still have to then be able to find and disable that AirTag. It might be intentionally stuffed away in a difficult to reach position in a car, such as being shoved down inside an air vent.

‘Brooks Nader was warned by her iPhone and found it in her coat pocket, but only after she had got home and revealed where she lived to the stalker.’

‘A proactive step is to install an app on your iPhone or Android that allows you to trigger a search by your phone for any “lost” AirTags near you,’ he says. ‘That can help to confirm quickly if there are any in your vicinity, but it involves regular active checking on the app.

‘It is possible that someone might build an app in the future that does a good job of running all the time in the background. It hopefully would study the tags it detects and do a faster and better job at warning you than Apple have currently implemented, but the tradeoff here is battery life.

‘The more aggressively and constantly a background app is trying to detect and warn of a stalking AirTag, the more it will impact the battery.’

To completely avoid the risk of being tagged in the future, Dr Faragher says the only successful option would be to turn off a phone completely.

‘The most extreme prevention is to exploit the fact that the system works by a phone coming within about 50m of the “lost” AirTag,’ he explains.

‘So, the only way to be certain you aren’t being tracked is to turn your own phone off and then stay away from all other phones and people by 100m or more to ensure no device hidden on you or your car is picked up by any passing phones.’

Meanwhile, Women’s Aid says stalking and tech abuse has become a serious problem – and the issue was further exacerbated by lockdown measures.

In a statement regarding AirTags, the organisation stated: ‘Domestic abuse is not always physical. Stalking and tech abuse are very real and dangerous forms of abuse – with survivors who are being stalked by their ex-partner often at risk of greatest harm.

‘During the COVID-19 pandemic, some perpetrators utilised lockdown measures as an opportunity to monitor survivors more closely and escalate abuse– including putting tracking devices on cars.

‘Women’s fears about being tracked by new technology must be heard and taken seriously. If you are experiencing domestic abuse and need help, Women’s Aid is here for you.’

We reached out to Apple for comment on this topic, and will update this article if we hear back.