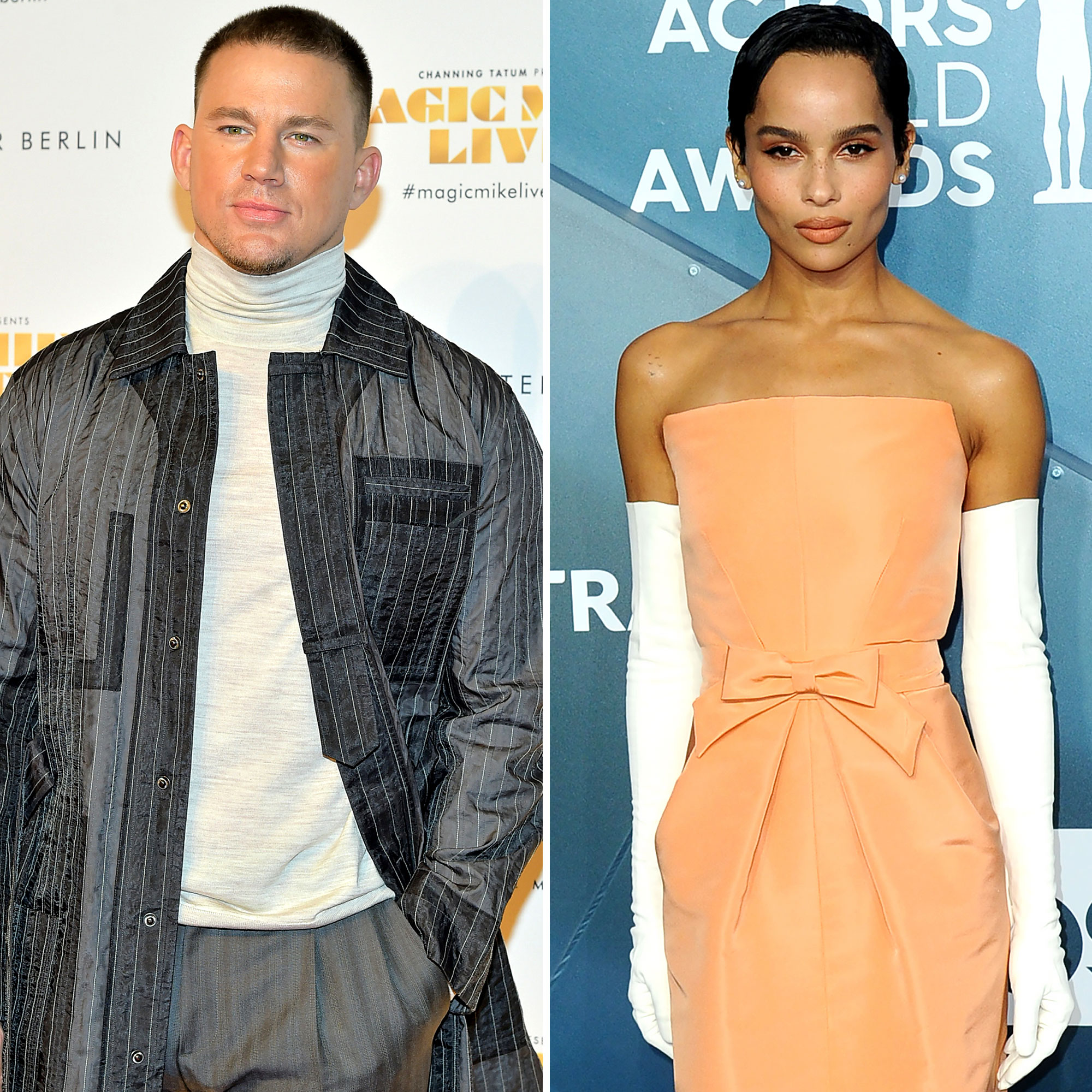 Details of Channing Tatum and Zoë Kravitz’s relationship may still be under wraps, but it’s safe to say he’s a fan of his rumored new love.

Eagle-eyed fans noticed Tatum’s social media activity after they were spotted on a cozy bike ride in New York City. In one of the August 18 snaps, Kravitz held tight to the actor as he took them around the East Village. The twosome were subsequently seen laughing over iced coffees on August 19 and stocking up on groceries on Monday, August 23, per photos obtained by Page Six.

While Tatum and Kravitz have yet to publicly comment on romance speculation, she is directing him in the upcoming movie Pussy Island. The pair shed light on their first meeting during an interview with Deadline in June.

“When someone can just come out and tell me I should not be wearing Crocs, and is so adamant about it, she completely convinced me and I never wear Crocs anymore,” Tatum revealed.

Kravitz replied, “I was just trying to be a good friend, Chan!”

Kravitz went on to say that Tatum was her “first choice” to star in her directorial debut.

“[He was the one] I thought of when I wrote this character,” she explained. “I just knew from Magic Mike and his live shows, I got the sense he’s a true feminist and I wanted to collaborate with someone who was clearly interested in exploring this subject matter.”

News of their potential romance comes less than one year after the High Fidelity star split from husband Karl Glusman, filing for divorce in December 2020 after 18 months of marriage. Their divorce was finalized earlier this week.

Tatum, for his part, shares 8-year-old daughter Everly with ex-wife Jenna Dewan, whom he was married to from 2009 to 2018.

“When I became a single father, I had a lot of fear about connecting to Everly in every way that a little girl might want,” he told Parents magazine earlier this year. “I didn’t wear nail polish or know how to braid hair. But now I do both. I jumped with both feet into this magical world, and I was rewarded with a kind of love that I don’t think I would have ever been able to have otherwise.”

Following his divorce, Tatum dated Jessie J on and off from October 2018 and April 2020.