NEW E10 petrol will become the standard fuel at forecourts across the UK from next week.

Drivers should be aware of the changes at garages, including new labelling and different prices at the pumps. 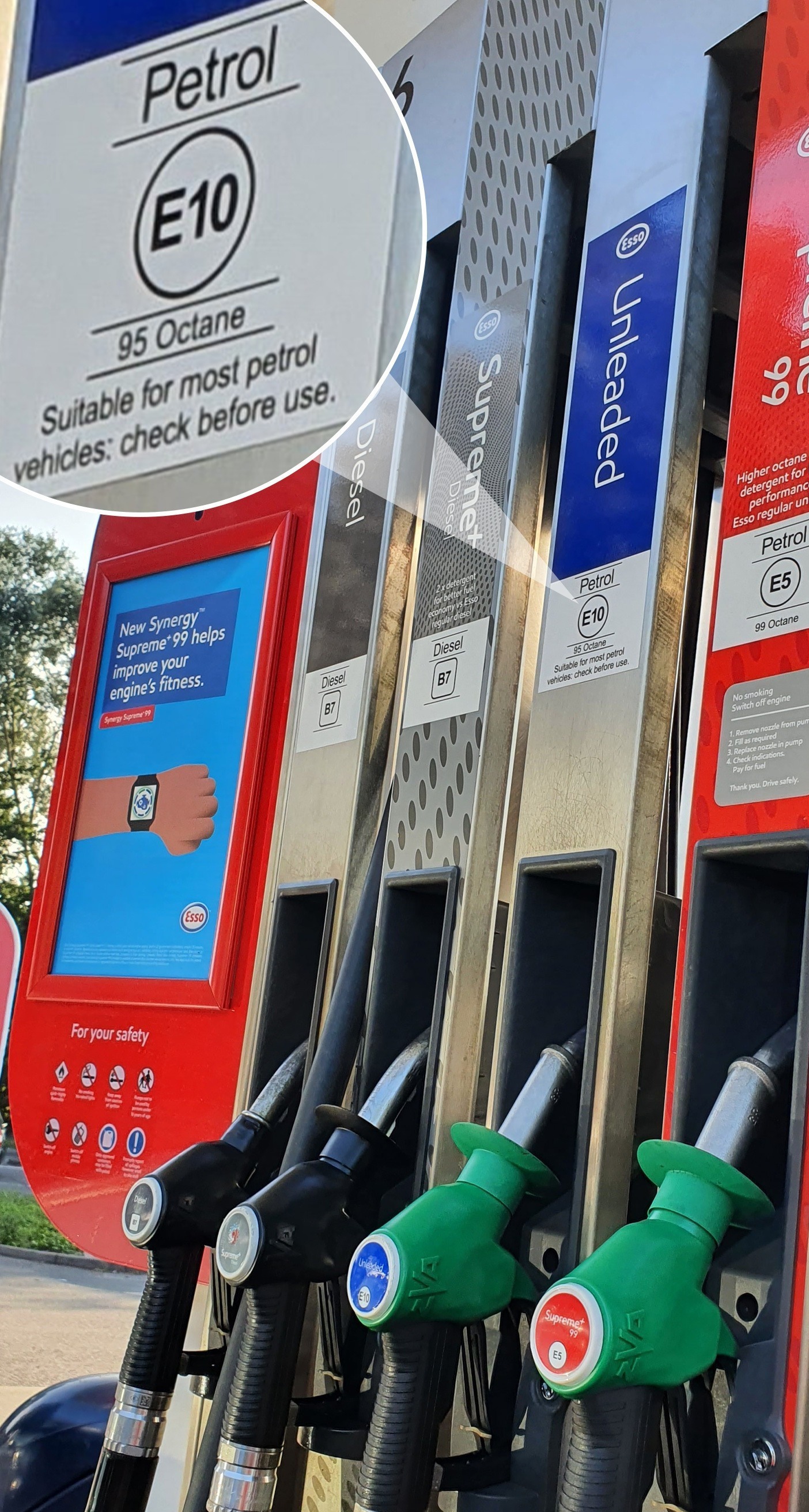 But from September 1 it will be replaced as the default petrol by greener E10 fuel.

The change is part of the Government's efforts to tackle climate change and reduce carbon emissions.

However, 600,000 vehicles that usually run on unleaded petrol won't be compatible with E10 fuel.

Those drivers will have to continue to fill up with E5 petrol, which will be more expensive and won't be available at all forecourts.

You can check whether your car is compatible on the Government's website.

The Sun contacted the UK's main petrol station operators to see what changes customers should expect from September 1.

What will be different?

The biggest difference from September 1 will be that E10 will replace E5 as the standard unleaded petrol at all UK forecourts.

This means that E5 will become the premium fuel – it will be more expensive and won't be available at all sites.

Most drivers will continue to use standard fuel and won't have to do anything different.

But up to 600,000 cars aren't compatible with E10, and drivers will have to remember to switch to premium petrol or risk damaging their vehicle.

The changes should be clearly marked at petrol stations to make the change easier for customers.

A circular E10 or E5 label should be visible on both the petrol dispenser and nozzle.

This is to make it easier for customers to identify the correct petrol to use.

Tesco has begun relabelling the pumps across its estate in order to meet the government's September 1 deadline.

In addition to the government's information campaign, the supermarket will tell customers about the changes via labels at the pumps.

There will also be posters advising drivers of the date of the change and directing them to the government information page.

A spokesperson for Sainsbury's said it will keep customers updated and that "all pumps will be clearly labelled to help customers make informed decisions about the fuel that they buy".

Most forecourts will continue to offer E5 petrol for the around 600,000 car owners that won't be able to use E10 fuel.

However, there will be a significant number of petrol stations that won't be able to serve customers that can't use E10.

Asda won't sell any E5 petrol at any of its 320 forecourts in the UK.

Tesco will offer E5 petrol at around 90% of its 600 garages, meaning there will be approximately 60 sites that do not offer the fuel.

Sainsbury's also said that most of its more than 300 sites will continue to sell E5.

In total, 1,000 Esso sites will continue to sell E5 petrol in the form of Synergy Supreme+ 99 premium petrol.

The majority of BP's 1,200 retail sites will also continue to carry E5.

Shell will sell E5 fuel under the name Shell V-Power and the vast majority of its more than 1,000 UK forecourts will continue to sell the fuel.

You can check which forecourts provide E5 petrol by using Shell's site locator.

Euro Garages and Morrisons did not respond to requests for comment.