Its chic basics were once wardrobe staples. But with sales plummeting and all its UK stores threatened with closure, one former fan reveals… How GAP came apart at the seams

You could say I grew up with Gap. In the early 1990s, when I came to London as a student, everyone was talking about its ‘Who Wore Khakis’ advertising campaign.

Jack Kerouac, James Dean, Amelia Earhart, Pablo Picasso, Miles Davis and Salvador Dali had all, we were told, worn khakis. Not Gap khakis, obviously, but the message to a generation of middle-class kids was that comfy, affordable basics could be counter-culture cool.

I remember Lenny Kravitz staring moodily out of another Gap ad, shot by French fashion photographer Patrick Demarchelier. Pulling back his tee to reveal a chest full of tattoos, Lenny reminded us that Gap wasn’t just for arty types who read Kerouac, it had star power. We all rushed out to buy a Gap T-shirt to go with our khakis.

Fast-forward 26 years and I’m back in London, shopping with my children. Outside the Piccadilly Circus branch of Gap I am overcome by nostalgia. 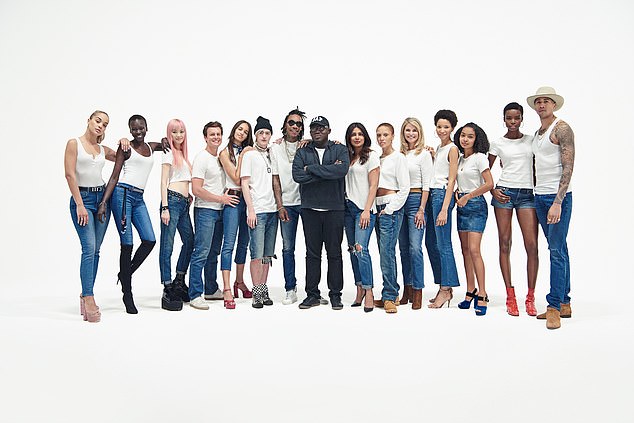 Anna Pursglove says that she grew up in GAP clothing because their branding in the 1990s about comfortable and affordable clothing being counter-culture cool appealed to many. Pictured: Vogue editor Edward Enninful (centre) directed a Gap advert in 2017

The suggestion isn’t well received. ‘Isn’t this for little kids?’ asks the teenager. ‘Can’t we go to H&M instead?’ puts in the 12-year-old.

I drag them inside anyway. Oh dear. Piles of bland jersey tops fight for space with rails of discounted pastels at 50 per cent off or more — which have become a staple of the brand’s desperate attempts to boost sales.

Shapeless dresses are crammed onto rails with sweatshirts emblazoned ‘Gap’. The teenager observes: ‘They should do plain stuff. No one wants to be seen wearing a Gap logo.’

So this week’s news that Gap is considering closing its 70 UK stores and all 129 branches across Europe is no surprise to me.

Of course, footfall at all retail outlets has taken a hit during the pandemic. But Gap was in trouble long before Covid. Sales have been flagging for years, decreasing by 10 per cent at Gap stores in the first quarter of last year, while the group’s share price (it also owns Banana Republic and U.S. brand Old Navy) fell by nearly 30 per cent in the year to November 2019.

Lockdown turned doldrums into disaster: the retailer, still largely owned by the Fisher family who founded it in San Francisco in 1969, reported a £740 million loss in the three months to May. 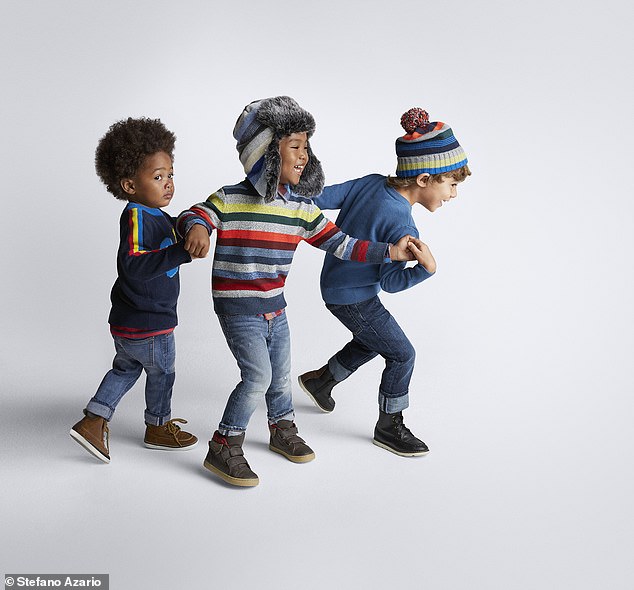 When she asked her children if they wanted to go into GAP while they were out shopping, they replied that they thought it was a brand for children (stock image)

Meanwhile, CEO Art Peck, who had worked for the company for 15 years was sacked last year after failing to boost flagging sales.

The rot had started to set in by 2002 when too many stores were opened too quickly on the back of its success. The Noughties saw steady decline, with customers’ protests over poor working conditions in overseas factories.

So how did things go so wrong for a brand which, at the start of the millennium, had the pulling power to persuade Madonna and hotshot rapper Missy Elliot to star in its ad campaigns?

At around the zenith of Gap’s success, I bought a pair of hipster, bootcut jeans in inky blue. They have washed and worn in just the right way, and I love them now just as much as I did then. Sadly, Gap made them for only one season. I know this because I’ve been checking religiously ever since.

Talking to friends with whom I’ve worked on fashion magazines over the years, I’m reminded, too, that we fell in love with the Gap Design Editions white shirts in the mid-2000s.

There was also a spell when we stocked up on Gap bags because they looked very Marc Jacobs. This, it transpired, was because designer Emma Hill had joined the company, having previously worked for Marc Jacobs.

And there was a Mulberry/Gap collaboration which had fashion editors queuing around the block, while the children’s department was swamped after petite Victoria Beckham revealed that she wore Gap kids’ clothes.

The truth, however, is that a significant nail in Gap’s coffin was being driven home even as Missy and Madge were strutting around that Gap denim ad shoot. 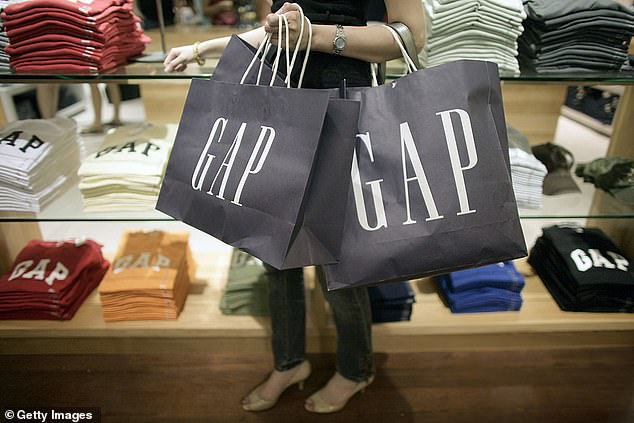 By the 2000s rival outlets had chosen to go down the route of fast fashion, leaving GAP’s reliable basics looking less than edgy (stock image)

Rival retail manufacturing and supply chains had moved up a gear, aping runway looks at a fraction of the price.

By the early 2000s, stores such as H&M and Zara were riding the wave of ‘fast fashion’, and Gap’s reliable basics didn’t look so edgy: even on Madonna.

In 2007 the CEO, Glenn Murphy, tried closing stores and investing in its supply chain, but then the recession hit and Gap couldn’t catch up.

That same year Gap was dealt another blow when Uniqlo arrived on the High Street. The Japanese label did what Gap did — utilitarian basics — but the cuts of fabric were sharper, the prices lower.

The story of Gap’s downfall, however, isn’t just one of what other retailers did, but also of what Gap has bafflingly not done. Even as footfall in stores fell, the company failed to revamp its online presence sufficiently. 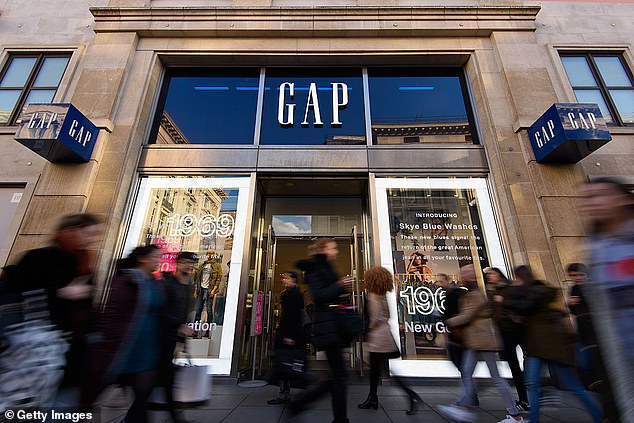 Anna says that GAP lost their fashion USP and failed to improve their online offering, which led to rivals leaving them behind (stock image)

Customers (like me), who had shopped in Gap back when it was cool, now had kids, careers and busy lives. Maybe if the brand had wowed us with its online offerings we would have returned to the fold.

We were, after all, worrying about fast fashion’s environmental impact. Again, Gap seemed to be looking in the wrong direction.

Gap had lost its fashion USP, and that’s a very hard thing to claw back. Even Edward Enninful directing an ad campaign featuring hip models, actors and musicians shortly before he became Vogue editor didn’t make a long-term image difference.

I realised how bad things had got last year with the company’s ‘Gift the Thought’ campaign. The idea was to paint Gap not as a purveyor of quality basics but as the creator of timeless classics.

A kid is passed a well-loved Gap-logo hoodie that his mum once owned while we all share a warm glow and agree that a Gap hoodie is more than a jumper, it’s part of the family. The words ‘clutching’ and ‘straws’ come to mind. If Gap can’t persuade people to buy comfortable basics on their own merits at the moment, then, when?

I would like Gap to survive, but retailers with more savvy and style have gone under during this pandemic.

These days I’m treating my beloved, ancient Gap jeans very carefully because I don’t think there’s much chance they’ll be coming around again.