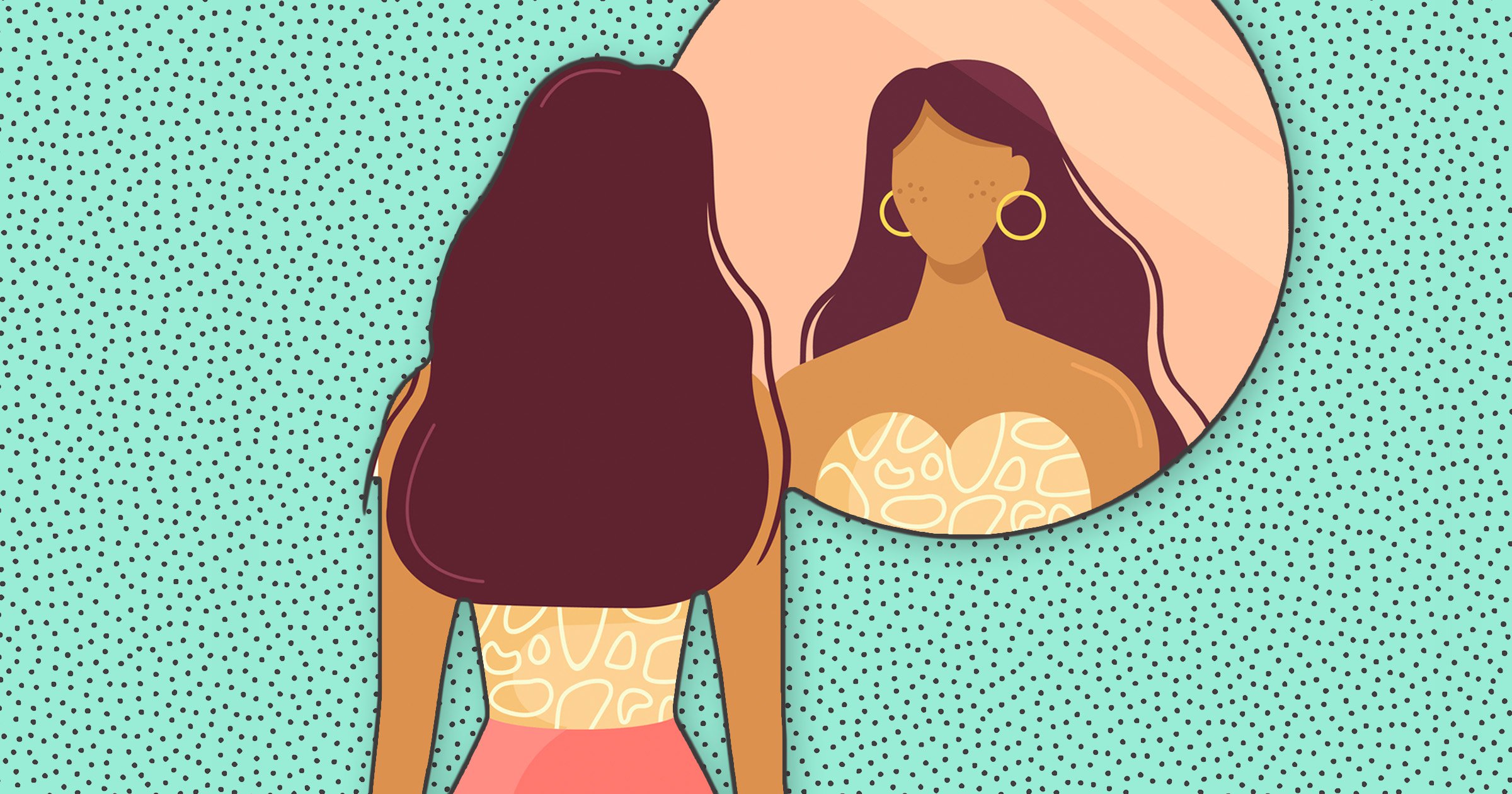 Our bodies are vessels.

Holders of blood, cells, nerves, organs, emotions and a host of unresolved insecurities.

Despite our best efforts to see our bodies as the entity keeping us alive, females so often see our physical form as the basis of our societal worth.

Sadly, it’s no surprise that we do, because we were bred to feel this way. If you are of millennial age, your body image assumptions will have in some way been influenced by your mother, just like hers were determined by the generation before her.

These ideals were riddled with misogyny and a need to fit within an attractive spectrum at all costs.

Then as older millennials came of age, the size zero complex became a fashion story. ‘It’ girls Paris Hilton, Nicole Richie and Lindsay Lohan were pin-ups and low-rise jeans the apex of sex appeal.

In 2009, when the last rung of millennials were hitting their teens, Kate Moss famously said: ‘Nothing feels as good as skinny feels.’

In one sentence, she described the fear of young women everywhere.

That generation then had to deal with social media, a new concept that turned body image on its head. The messy world of photo editing, fitness obsession and validation added another arrow to the bow of negative self-image. Millennials could never avoid both inheriting and cultivating one of the most damaging body image complexes ever.

But Gen Z was going to be different, we were sure of it.

More open, progressive, educated and diverse than any other generation, Gen Z would change the ways of before and write a new chapter in the horror story that is our bodily relationships.

However, one look at the mammoth machine that is TikTok and you begin to wonder if our previous habits are slipping through the cracks.

‘What I eat in a day’ videos, weight loss transformations, body image debates, a dark and triggering eating disorder sphere and a generation continuing to compare their bodies reside there.

The comments alone are a saddening look at the culmination of issues that have been created over the years. ‘I would do anything to look like you’ or ‘this makes me depressed’ aren’t rare remarks – they are disturbingly common.

Director and co-founder of EduKit, Nathalie Richards, sees the impact of social media on Gen Z first hand through her work in schools. The social enterprise was set up to ensure no child misses out and helps schools to better understand their students’ needs and wellbeing. She says there are so many positives when it comes to our youth but the pressures are increasingly building.

‘There’s a lot there to celebrate around how they feel about themselves and the world they live in, who they are and what they stand for,’ she explains. ‘On the other hand, there is a multitude of pressures and negativity online when they don’t adhere to certain standards.

‘There is a dark underbelly to TikTok, where the majority of young people interact. A lot of elements are unchecked, especially when it comes to body image. These insecurities that are manifesting are quite detrimental to young people.

‘So we just have to be very, very mindful of educating young people as to what good usage of these social media platforms looks like so they can take the good and not the toxic side of it.’

Working in schools, Nathalie says many students are overwhelmed by pressures, and as a result, issues with anxiety and depression are materializing. ‘The pandemic, in particular, has triggered a variety of issues,’ she explains. ‘Unfortunately, this is manifesting itself through self-harming. The number of incidences was alarming prior to the pandemic, but now that figure has doubled.’

Another worrying element of current social media is the idea that cosmetic procedures are trends rather than long-term decisions. Cosmetics doctor Dr Ahmed El Muntasar has seen a direct correlation between Gen Z and social media’s influence.

‘In the last 12 months, I’ve seen an incremental increase in clients asking for procedures based on trends they’ve seen on Tik Tok,’ he tells metro.co.uk

‘It’s worrying because not everyone is a good candidate for every treatment. These trends may not be suitable for you in reality.’

He continues: ‘There are some damaging beauty trends that have become quite popular such as the “fox eye” treatment. These treatments use threads and if they are performed by someone unqualified or on an unsuitable client they can be very dangerous.

‘Where they are placed could interrupt the temple artery with a chance of damaging blood supply and nerves to the eyes. There then becomes the chance of infection that can lead to blindness.’

Dr Muntasar advises young people to ask for a medical opinion prior to any cosmetic decision. ‘Don’t follow beauty trends from social media,’ he warns.

‘Trends come and go. It is vital to go to a medical professional to get their opinion and follow their advice as they are best qualified to make recommendations of what is and isn’t suitable for you.’

It seems that Gen Z have carried these traits because they can’t avoid them. Social media is everywhere and they are the first generation to have little to no recollection of a time pre-internet. To them, there is no other type of life.

‘The first interaction with any social app now begins at a very young age,’ explains mindset mentor Sharn Khaira. ‘Comparison to unrealistic standards starts when they are children now. This is causing people to grow up in a certain way, thinking they should look and be perfect.’

Shari believes that this exposure was never going to help Gen Z rage against the body image machine. ‘It has been fueled and fed to them,’ she says. ‘And with the rise of influencers, who often edit their pictures, they couldn’t avoid it.’

So how do we help them? Organisations such as EduKit are directly connecting with students and giving schools the tools to deal with such issues. Nathalie says education is key.

‘Early messaging around how to feel uncomfortable with yourself, and to love yourself is how you get through to young girls and young children in general,’ she explains.

‘This builds resilience and they will carry that throughout their lives, no matter what they go through. We need them to realise what is unique and special about them too and do things that make them feel good and positive. They need to get to know the person that isn’t online.’

Despite the challenges that come with being young today, Nathalie has faith that Gen Z will pull through and change the narrative.

‘They are so open about mental health and well being which is fantastic,’ she says. ‘They are open about emotions and how they’re feeling and that is always the first step to making real progress.

‘So I know they are going to get there someday.’

Send us an email at [email protected]