Have we seen the last of ‘Kourtney Kardashian’? We have EXCLUSIVELY learned if Kourt will become a ‘Barker’ after she and Travis Barker tie the knot and how Kris Jenner factors into this decision.

Hailey Baldwin is now Hailey Bieber. Kim Kardashian added West to her last name after she and Kanye got hitched. Will Kourtney Kardashian become Kourtney Barker after saying “I Do” to Travis Barker? Don’t count on it – especially if momager Kris Jenner has a say in it. As Kourt, 42, and Travis, 45, plan their upcoming nuptials, a name change is not in the works. “Kourtney has no intention of ever fully changing her last name from Kardashian,” a source close to the family shares with HollywoodLife EXCLUSIVELY. “Kris lets the girls make their own decisions at the end of the day, but Kris has a business brain and would absolutely advise her against using the name Barker.”

Like any good business-minded individual, Kris is willing to negotiate on the matter. “She’d be open to [Kourtney] possibly hyphenating as Kim did,” the insider tells HollywoodLife, “but Kourtney is also business savvy and would never lose the Kardashian title.” The Poosh founder knows “it’s important to keep that name” because there’s value in the “Kardashian” brand and that she would “never just lose it” for anything. So, Kourtney Barker may never see the light of day, but Kourtney Kardashian-Barker is a possibility. “[Kourt’s] never been happier in her entire life and feels complete being with Travis, which is why she’s not opposed to integrating his name into hers,” says the source. 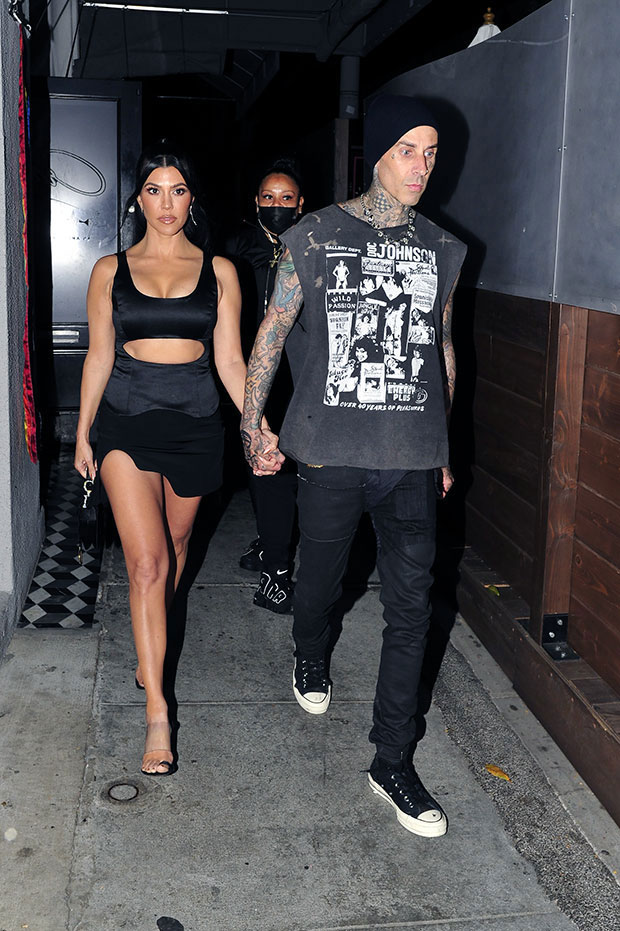 The wedding planning started as soon as Travis got down on one knee, it seems. The couple is considering a small and intimate ceremony, a source told HollywoodLife EXCLUSIVELY. The two are hoping to create a “positive space” where they would be surrounded by people who have “supported” them since they began dating. They are still “playing around with a few dates,” and are bouncing around a couple of ideas for a location. Because Travis is still struggling with a severe fear of flying, due to surviving a fatal plane crash in 2008, a destination wedding is off the books. However, the couple will still find a way to “enjoy their special day.” 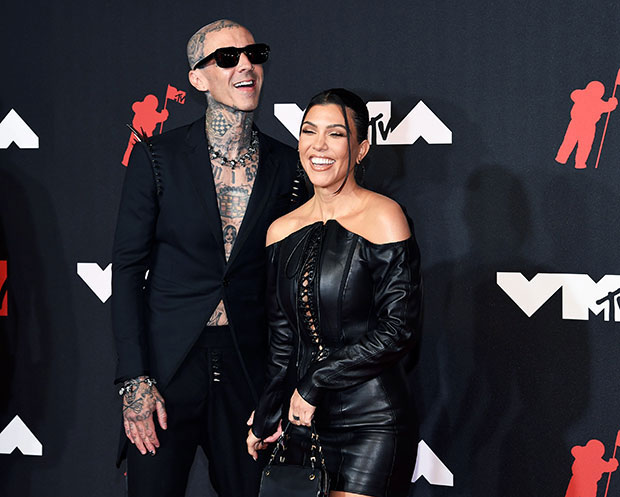 Whether or not Scott Disick is invited to the wedding remains to be seen. Though Scott is distancing himself from the KarJenners in the wake of this engagement, he is the father of Kourtney’s three children — Mason, 11, Penelope, 9, and Reign, 6. Scott isn’t a “fan” of Travis, and a source told HollywoodLife EXCLUSIVELY that his feelings “are a little hurt with the engagement news.” However, Scott’s main concern is that “Kourtney and the kids are happy. At the end of the day, he wants the best for Kourtney and their children.”