Many Brits may be finding it difficult to feel festive this year, amid rising Covid-19 cases and fears over restrictions over the Christmas and New Year period.

However trying out the cosy Nordic tradition Jolabokaflod could be a great way to feel a little holiday spirit this Christmas Eve.

The word was highlighted by the British Library earlier this month on Instagram, with the organisation declaring it is a ‘weird and wonderful’ tradition originating in Iceland.

The concept, which translates roughly into English as ‘the Christmas book flood’, sees people gift new books to their loved ones on Christmas Eve and spend the evening reading.

Social media users went wild for the idea, with some suggesting the Nordic cultural staple could even bypass the art of hygge, the art of cosy living, in popularity. 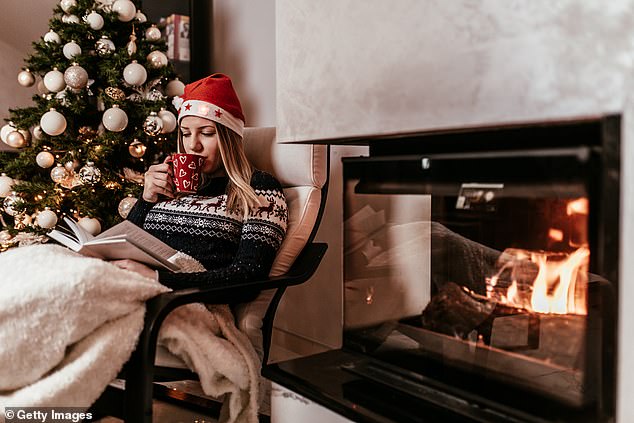 Jolabokaflod translates roughly into English as ‘the Christmas book flood’ and sees people gift new books to their loved ones on Christmas Eve and spend the evening reading. Stock image

One commented: ‘I’ve introduced this tradition to my family for the last five Christmases.

‘It’s genuinely wonderful and I think I look forward to it more than christmas itself.’

Another wrote: ‘A gorgeous tradition. Read and sip.’

Sometimes books can be wrapped up with a sweet treat and often are read immediately while drinking hot chocolate or alcohol-free Christmas ale called jólabland. 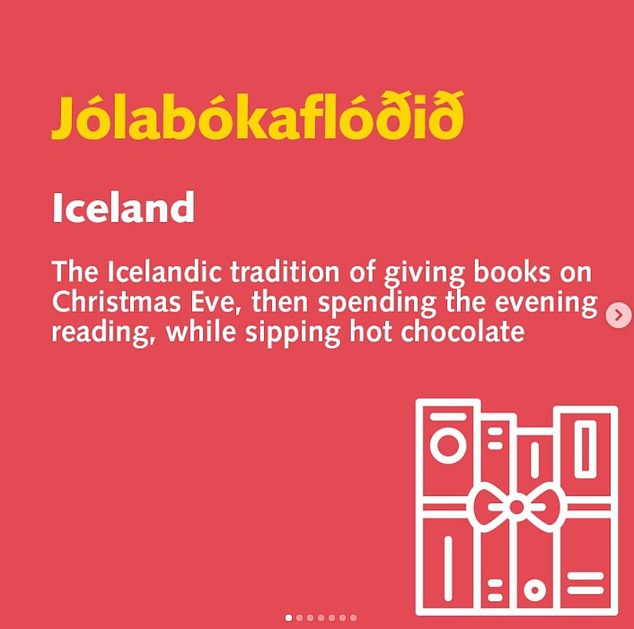 The ritual dates back to the Second World War, after Iceland formally became an independent republic on June 17, 1944, because paper was one of the few commodities not rationed.

Every year since 1944, the Icelandic book trade has published a catalogue of the year’s best books, the Bókatíðindi, which is sent to every household in the country in mid-November.

Iceland are a nation of bookworms, and a study conducted by Bifröst University in 2013 found that around half the country’s population read at least eight books a year.

Recommended books in the Bókatíðindi are split into children and adult categories and include both Icelandic and translated fiction and non-fiction. 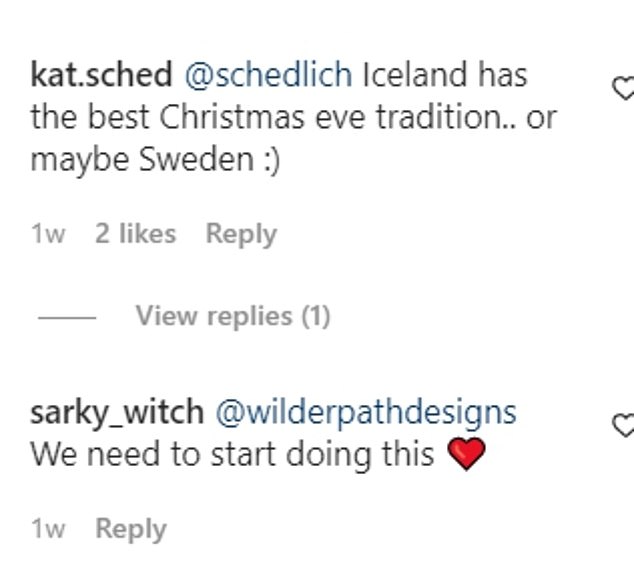 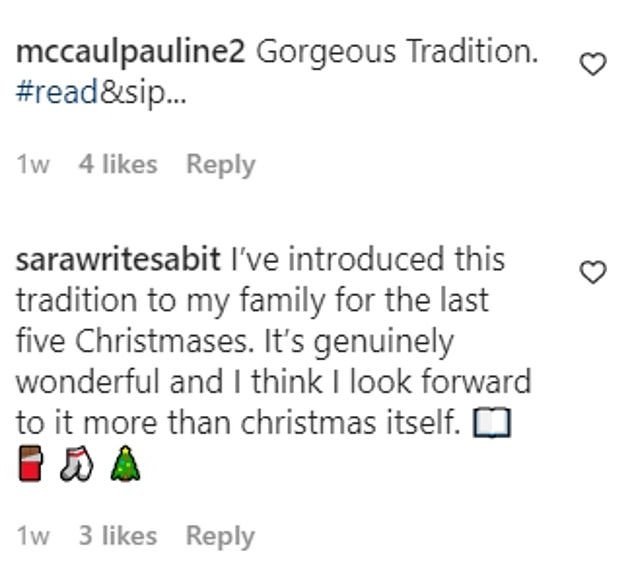 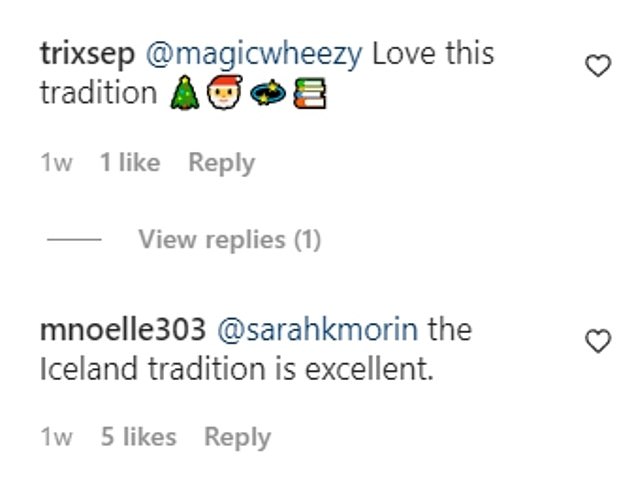 The top recommended work of translated fiction globally went to 10 Minutes 38 Seconds in This Strange World, a book about a sex worker in Istanbul by Turkish writer Elif Shafak.

The list also included Swedish bestseller 1794: The City Between the Bridges by Niklas Natt och Dag and Eat the Buddha by American journalist and author Barbara Demick.

Meanwhile, the top recommendations for Icelandic fiction this year included comedy book 107 reykjavík by Auður Jónsdóttir and Anna Hafþórsdóttir’s acclaimed novel To Count to a Million.

The trend may remind some of the popular Danish term hygge, pronounced ‘hoo-ga’.

The Nordic word describes ‘a feeling of cosiness and content’, and ‘enjoying the good things in life with good people around you’.

It boomed in popularity in 2016 and was defined as the art of cosy living, the savouring of life’s simplest pleasures.

At the time, 132 titles relating to hygge are being sold by Amazon, with Meik Wiking’s The Little Book Of Hygge reaching No 14 in the bestsellers list – ahead of J. K. Rowling’s Fantastic Beasts screenplay.