Asda have restocked the popular plant said to help keep snoring at bay.

According to research by NASA scientists, sleeping with a pineapple plant can help keep noisy sleepers quiet, as they produce oxygen and improve air quality – in turn aiding heavy breathers.

The supermarket first stocked the plants, which they are selling for £10, for a limited time in 2017, and they were such a hit that they have brought them back both online and to selected stores. 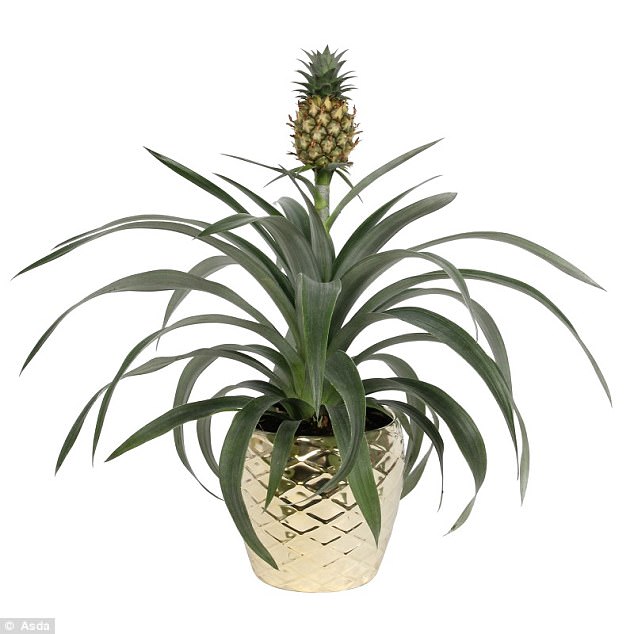 The plant, which is now being stocked at Asda, produces oxygen and improve air quality throughout the night and therefore, aid better (and quieter) sleep

The leafy plant comes in a gold bowl and grows the small inedible fruit every two years.

The description on site reads: ‘Several studies showed that the pineapple/Ananas is one of the most purifying plants by night and strongly improves the air quality and contributes to a better sleeping quality by a deeper sleep and reduction of sleep apnea or some snoring symptoms.’

With almost a quarter of Brits regularly sleeping in different rooms due to their partner’s snoring, this could be the bedroom revolution British couples have been waiting for to get them out of prickly night-time situations. 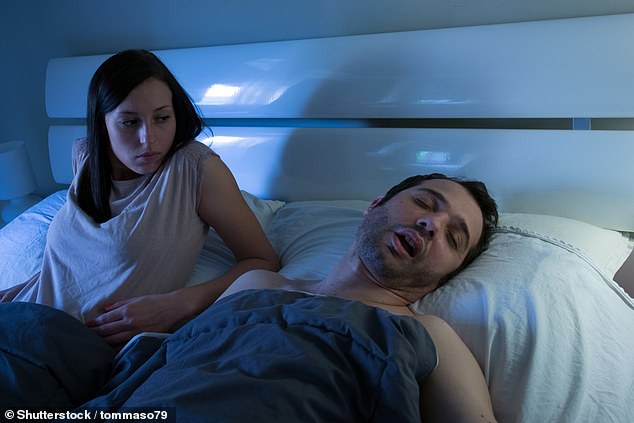 With almost a quarter of Brits regularly sleeping in different rooms due to their partner’s snoring, this could be the bedroom revolution British couples have been waiting for to get them out of prickly night-time situations

HOW DOES IT HELP?

Grown in Holland, the plants take between 21 and 24 months to develop to produce the inedible, miniature pineapple that adorns the top.

Phil Smith, Asda Plant Buyer, comments: ‘Snorts, snuffles and splutters affect a quarter of Brits, so for those 16 million snorers, Asda’s Pineapple Plant could be a dream come true – even more-so for sleep deprived partners.

‘For those lucky enough to sleep through the night without the disturbance of snoring, the plant is a chic addition to the home which is easy to care for and adds a little touch of The Tropics to any room.’

OTHER PLANTS THAT BOAST HEALTH BENEFITS

Elle Decor and The Joy of Plants delved into research from NASA and the American College to determine which houseplants are best suited to your bedroom – and the benefits they provide.

Researchers say that the palm is brilliant for anyone prone to colds and sinus problems because it releases moisture into the air. This, in turn, makes it much easier to breathe so will help you nod off quicker.

2. Aloe Vera: Easy to keep and aesthetically pleasing in any home, the aloe vera plant has been named as one of the best plants for air purification by NASA.

Why? It releases oxygen continuously throughout the night, making it an ideal bedroom addition. It also fights benzene (which is found in detergents and plastics) and formaldehyde (in varnishes and floor finishes) so helps keep the air super pure.

3. English Ivy: More commonly associated with Christmas, the ivy that grows up your house is actually perfect for your bedroom.

Indeed, researchers at the American College of Allergy, Asthma & Immunology found that English ivy in particular removes 78 per cent of airborne mould in just 12 hours.

5. Boston Fern: This attractive plant has graced indoor landscapes since Victorian times – and for good reason. The plant ranks ninth in NASA’s list of 50 air-purifying plants, being particularly adept at removing formaldehyde.

6. Chinese evergreen: This has been dubbed the easiest houseplant because it grows well in low light and areas of the home where other plants won’t grow (like a dark bedroom). The best part about it is that it removes more toxins as time and exposure continues.

7. Peace lily: This beautiful plant can cleanse air and improve it by 60 per cent. It also absorbs mould spores through its leaves and circulates them its roots to use as food.

8. Spider plant: This houseplant grows super quickly and can remove up to 90 per cent of the toxins from the air in your bedroom in just two days. It’s especially great for people with dust allergies.

9. Lady palm: This houseplant is one of the most effective plants at cleansing the air of formaldehyde, ammonia, xylene and toluene.

10. Weeping fig: This houseplant is the best at beating pollutants that are emitted from carpeting and furniture such as formaldehyde, benzene and trichloroethylene.