If you’re still recovering from Memorial Day Weekend (same), you probably can’t wait to sit back, relax, and let the season premiere of America’s Got Talent take over your TV screen on May 28. And you probably also can’t wait to see your AGT faves (hiii Simon Cowell and Howie Mandel) return for another season of awesomeness.

But one person you won’t see is host Tyra Banks. And not because she’s focusing solely on hosting America’s Next Top Model (sigh). It’s unclear why she stepped away from the show, but fans can rest easy knowing she left it in good hands. Terry Crews is the new host of America’s Got Talent, and while he is a famous actor, you still might not know everything about him. Here’s the scoop:

ICYMI, he hosted the most recent season of America’s Got Talent: The Champions and Who Wants To Be A Millionaire from 2014 to 2015, per Deadline. So yeah, you might say he’s already a total pro.

He’s best known for his role on Brooklyn Nine-Nine.

Terry might be new(ish) to reality TV, but he’s certainly no stranger to scripted TV. Since 2013, he’s played Terry Jeffords, a sergeant in the Brooklyn police force. His character’s basically a teddy bear with (huge) muscles, and, as it turns out, the real Terry is, too.

“It’s me,” he told Paste Magazine in 2015. “They [the Brooklyn Nine-Nine writers] named the character Terry because it is me. They take things from my real life, and they put it right into the episodes. I’ll tell them stories and three episodes later, it’s in the episode. It’s really cool.”

Watch Terry get real about what’s it like to play himself on TV:

Terry has been married to his wife, Rebecca King Crews, since 1989. Rebecca celebrated their 29th wedding anniversary on August 3, 2018 with a sweet Twitter post. “29 years ago in Kalamazoo Michigan I said ‘I do’ to the sweetest, goofiest, artist/football player to ever walk into my church!” she wrote.

It, uh, wasn’t love at first sight, though. “He almost got stuck in the friend zone,” Rebecca told E News. “He was a little too nice.” Eventually, sparks flew between the two, and they now have five children together: Azriel, Naomi, Wynfrey, Isaiah, and Tera.

@fbf29 years ago in Kalamazoo Michigan I said “I do” to the sweetest, goofiest, artist/football player to ever walk into my church! Check out my Whitney Houston inspired head peace, and the short hair! I’ve had short hair since I was 13, never felt the need 2 grow it-he likes! pic.twitter.com/uACs7Cfven

And, like any marriage, theirs hasn’t always been picture-perfect. In 2014, Terry revealed in his book Manhood: How to Be a Better Man—Or Just Live With One that he struggled with an addiction to pornography. “My wife was literally like, ‘I don’t know you anymore, I’m out of here,'” he later said in a three-part Facebook video series. “That changed me. I had to change because I realized this thing is a major, major problem.” 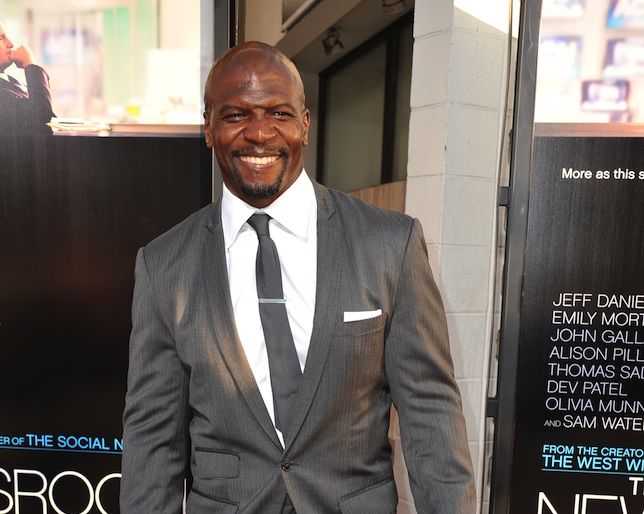 Eventually, the couple worked through their marital issues after Terry went to therapy for his addiction, he explained in a 2018 interview on Dr. Phil. This proved to Rebecca how committed he was to changing, and she took him back.

Terry previously played in the NFL.

Way back in 1991, the Los Angeles Rams drafted linebacker Terry in the 11th round, starting his professional football career. But, uh, he wasn’t exactly the next Tom Brady. He had a pretty average career, playing for the San Diego Chargers in 1993 and the Washington Redskins in 1995. After 32 games over five years, he quit football in 1996 after being on the practice squad for the Philadelphia Eagles, according to the NFL.

He swept floors at a factory before getting his big break.

After leaving the NFL, Terry immediately began to pursue his acting career… but with little success. “It was a big shock to me,” he told Business Insider about the experience. “I moved to Los Angeles thinking that, because I was a football player, I was going to get a lot of big opportunities. They didn’t even have a football team then, nobody cared!”

After being “broke” for a year, Terry started sweeping floors at a factory to afford basic necessities. “I realized I had to start all over again,” he said. “I gotta sweep these floors and make sure they are clean but I also felt like I was doing something about the situation. It was a gut check.”

Terry’s first big role was in Friday After Next.

By 2002, all of Terry’s hard work had started to pay off. After meeting Ice Cube while working security on the set of his movie, Next Friday, the sequel to the stoner comedy Friday, Terry was cast in the third installment of the series: Friday After Next. In the film, he played Damon, an ex-con who (thanks to Terry’s aforementioned physique) is an intimidating presence. The movie bombed at the box office, but Terry ended up stealing the show. 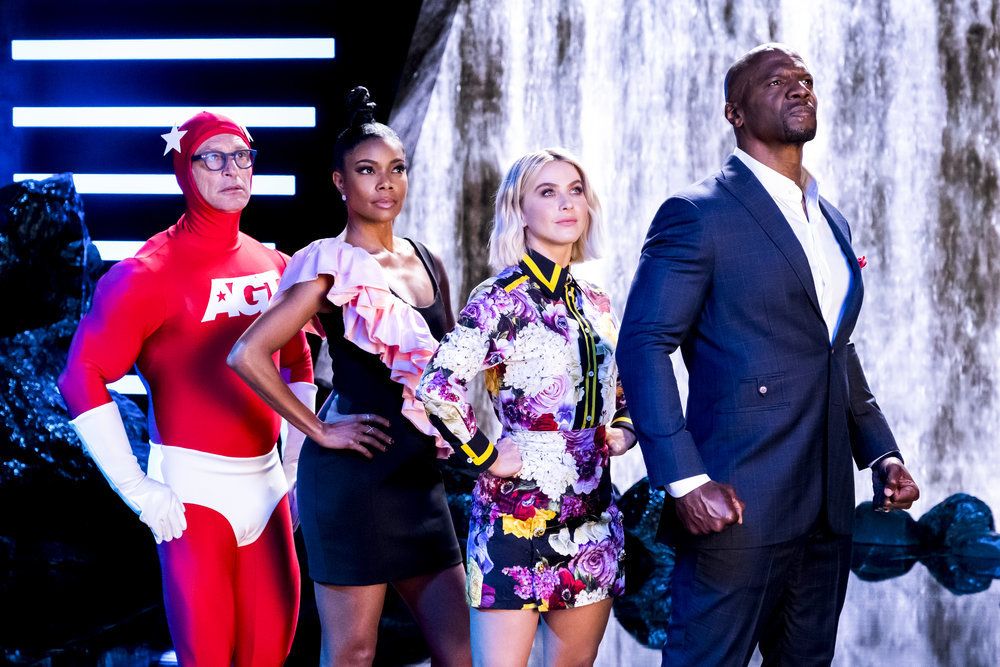 Terry fully committed to his character’s sexual attraction to another male character, Money Mike (played by Katt Williams). “I remember talking to Katt and saying, ‘If this is the last thing we ever do, they can love us or they can hate us, but we have to make sure they never forget us,'” Terry told Business Insider. “That was our whole mantra. Do something that will just make everyone’s eyes bug out.”

And boy, did they succeed. According to Terry, Ice Cube told him and Katt at the premiere that their characters took over the whole movie. “And I was like, wow. I got respect from people in the industry because I was willing to go all in,” he said.

He’s spoken out about being sexually assaulted.

In the early stages of the #MeToo Movement in October 2017, Terry revealed in a series of tweets that a “high level Hollywood executive… groped [his] privates” at an industry party he attended with his wife in 2016.

Later, Terry named Adam Venit, head of the motion picture department at the talent agency William Morris Endeavor (which used to represent Terry) as his abuser and filed a report with the LAPD alleging the sexual assault. The lawsuit was settled in 2018, according to USA Today, after prosecutors declined to file criminal charges in Crews’ sexual assault case. At the time, WME confirmed in a statement that a deal had been reached and the lawsuit would be dismissed.

Terry also went before the U.S. Senate to testify about his sexual assault:

Still, Terry’s story changed public perception about sexual assault—proving that no one is immune simply due to their gender or size. “I have nothing but pride for my husband. This is a subject worth fighting over. We spent a lot of our own money to fight. Which we got back,” Rebecca told Unpopular Magazine in 2018. “I got to see my husband fight for his rights in a town where he had to put up with a lot of stuff to work. It was a great moral victory.”

TIME subsequently named Terry one of the “Silence Breakers” in the publication’s 2017 “Person of the Year” issue.

Terry has his own furniture line.

As if he weren’t talented enough, Terry is also an artist who received an art scholarship and a full-ride football scholarship to Western Michigan University. Obviously, football took the front seat for many years, but per Business Insider, Terry never stopped his artistic pursuits, painting portraits of his fellow NFL players to earn some extra cash. (In his hometown of Flint, Michigan, Terry was also a courtroom sketch artist.) 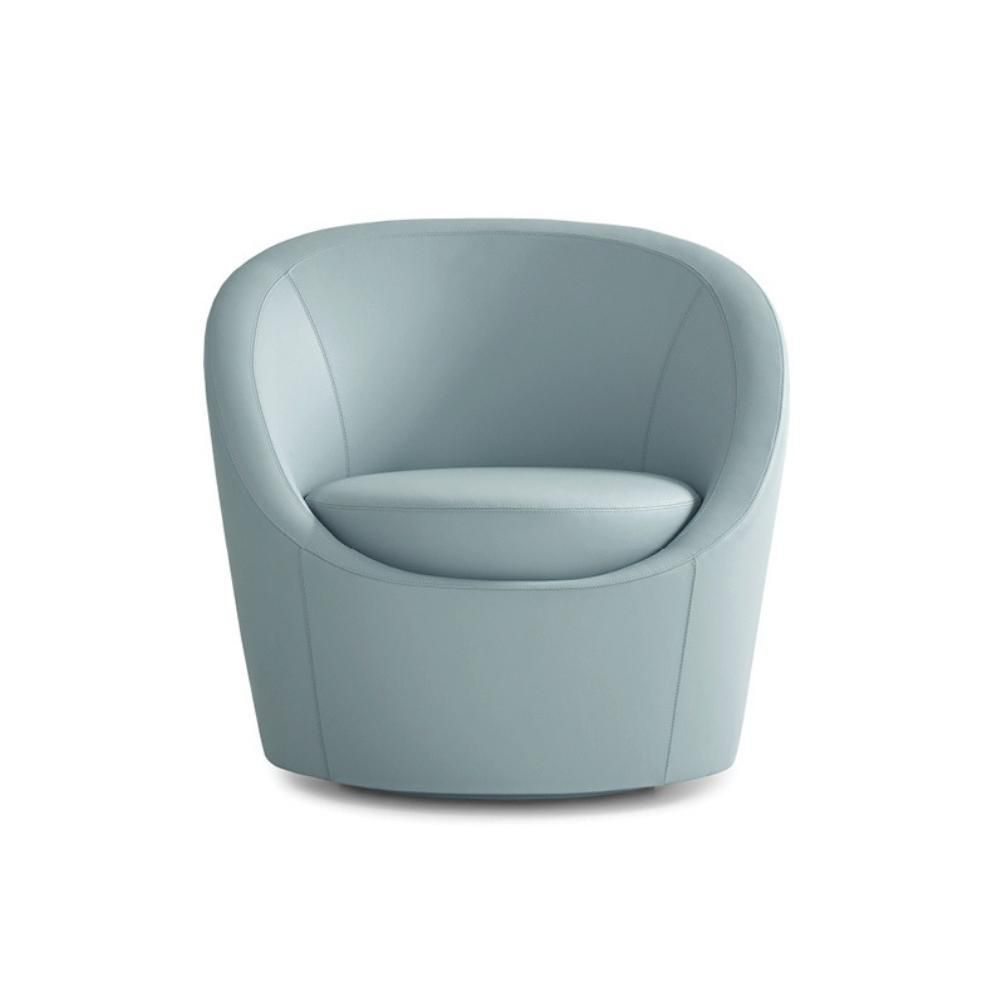 Fast forward a few (dozen) years, and while Terry now has his own from furniture maker Bernhardt Design.

“On the [list of] things I want to accomplish, furniture wasn’t on there but art was,” Terry told Business Insider. “I felt, wait, furniture is art, if you make it it’s art!”

He started sketching, and, according to Jerry Helling, creative director of Bernhardt Design, “His knowledge of design and his passion for the industry, combined with his artistic skills made him an ideal collaborator.”