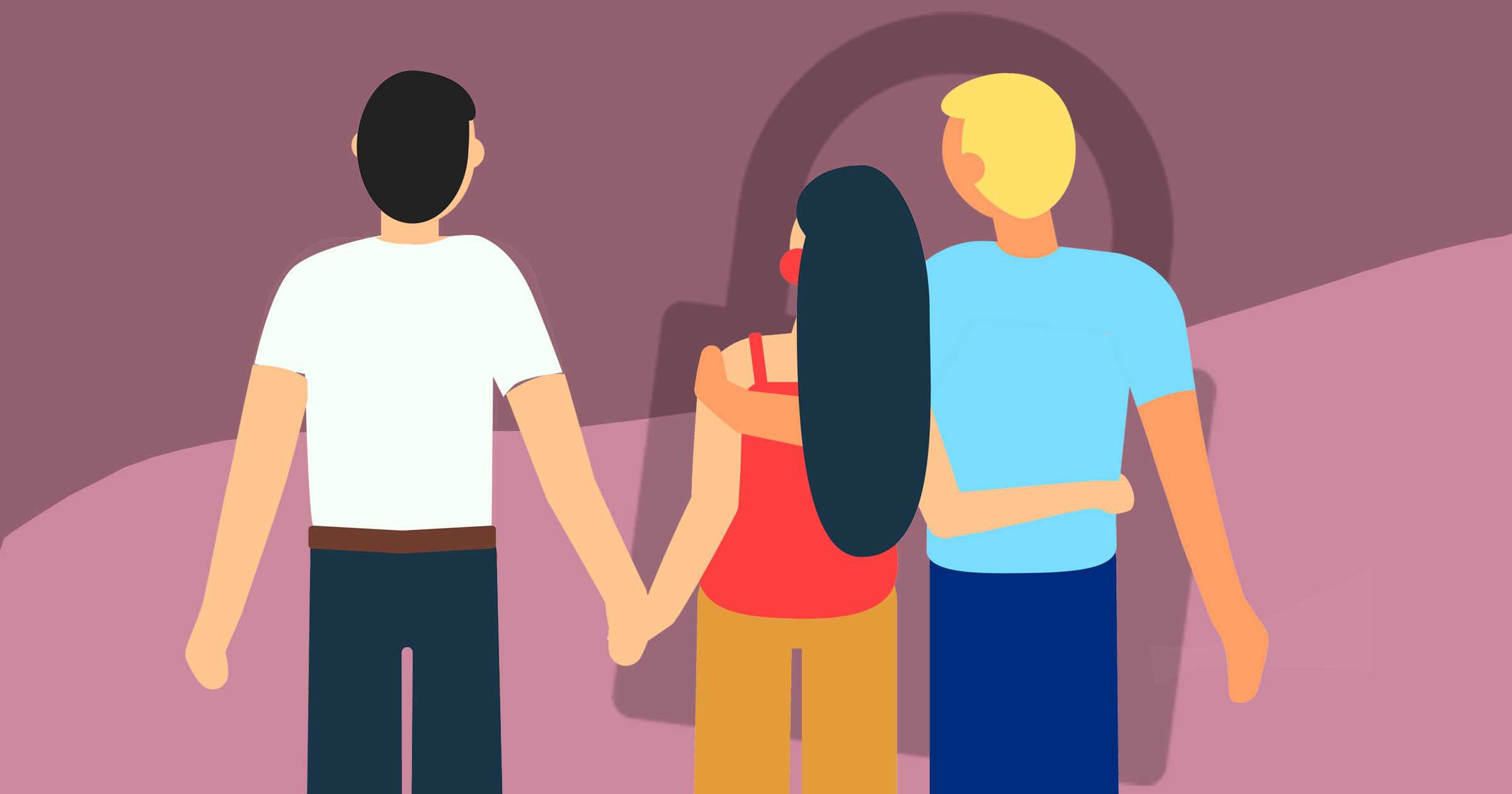 Over the past few years, conversations about polyamory have become more and more commonplace.

In fact, recent research by Lovehoney has uncovered that, as Brits become more sexually explorative and adventurous than ever, one in four Brits say they would consider an open relationship or some kind of polyamory in their lives, while 31% of Brits do not believe in monogamy at all.

Often when we speak about non-monogamy, there’s an assumption that decisions about the dynamic of a relationship made between couples (whether they’re about polyamory or anything else really) are permanent and unchangeable. A common misconception in relationships is that once a boundary is laid down, it’s immobile.

But while boundaries should always be respected, they’re subject to change as individuals and couples grow. If a relationship dynamic is making you uncomfortable, you have every right to negotiate with your partner and propose a new chapter.

Closing open relationships is more common than you might think. Hairdresser Izzy, 31, and her husband shift manager James, 35, opened their marriage after five years of being in a relationship and one year of marriage.

‘We’re both bisexual but neither of us have had a chance to explore things with the opposite sex, always being in hetero relationships,’ Izzy tells Metro.co.uk. ‘We decided to give each other that chance as like a gift.’

For two years, they loved having an open relationship.

‘Neither of us got serious with other people and we still had sex with one another and made lots of time for dates,’ Izzy shares. ‘In a way nothing changed between us really, just I slept with women and Jake slept with men and we felt like we were finally getting to explore our queer identities.’

Things changed for the couple when Izzy got pregnant.

She tells us: ‘Lots of poly couples make a pregnancy work. I’ve seen couples who involve the other partners and the kid gets to have a load of parents who all of them. For us, though, it felt icky.

‘Being pregnant made me want to close our relationship again and just focus on the three of us, at least for the time being.’

Bella and James think they will eventually re-open their relationship but not until their child, now six months old, is a bit older.

‘I think because we weren’t serious with any of our partners, it didn’t feel natural to involve polyamory with our pregnancy or keep it going,’ Bella adds. ‘And soon I would be so big that sex would kind of be off the cards, wouldn’t it?’

Thankfully for the couple, closing the relationship wasn’t a huge deal.

‘Again I think because we didn’t have any romantic attachment to any of the people we were sleeping with, like we weren’t serious or committed to any of them, [closing the relationship] was sort of easy,’ Bella explains. ‘When we found out we were pregnant, we both just kind of said we should probably stop.’

She tells us: ‘If both partners are down to close the relationship, it’s totally doable. You just have to be on the same page about it.

She continues: ‘Really, what it comes down to is, are you okay with it if your partner wants to close the relationship?

If you are on different pages, Engle suggests involving a qualified psychosexual therapist to try to work through that conversation, ‘because you’re fundamentally incompatible on this topic’.

‘It may have to end the relationship, which isn’t a bad thing because you deserve to live your truth,’ Gigi comments.

‘For instance, like when one partner gets pregnant, the couple may decide to close the relationship during the time of the pregnancy because there’s so much emotional support needed.’

Students Sammi*, 22, and Danielle*, 21, opened their relationship after they’d been together for three years.

Sammi tells Metro.co.uk: ‘My partner had never been with a male before and wanted to experiment, I was eager to explore being open and sleeping with other people except my partner, we didn’t have sex particularly often as we both take antidepressants and find our libidos don’t line up as often as we’d like.’

The couple discussed the idea for a while, downloading dating apps together and making sure they understood and respected each other’s boundaries, before starting to see other people.

‘Soon we started dating others and further on, we ended up having threesomes with people we had each met individually which was an exciting experience,’ Sammi shares. ‘But my partner struggled with this and found it hard to articulate their exact feelings as they weren’t sure what they were feeling themselves.’

Eventually Sammi’s partner, who is non-binary, realised the envy they were feeling wasn’t over Sammi sleeping with men, but over the men themselves.

‘In the end, my partner realised that actually the jealousy was more envy of the males I was meeting as they themselves did not identify as female,’ Sammi explains. ‘We decided to close the relationship again as it brought up feelings we didn’t want to have to work through.

‘So basically our open relationship triggered a gender identity crisis for my partner but ended in an awakening.’

Sammi also realised that she was having sex with men for validation, and she and her partner found this unhealthy – adding another reason to close the relationship.

The conversation about closing their open relationship was made a lot easier because they’d discussed the importance of communicating any and all feelings right when they first discussed polyamory.

Sammi says: ‘We didn’t have a timescale in mind, just for as long as we both enjoyed it and felt we wanted it to be open.

‘I really can’t emphasise the importance of communication during this time as I really think it would have ended us if we couldn’t be open and discuss these things without judgement from the other side.’

Gigi recommends discussing the potential closure of an open relationship from the very beginning, when you first discuss the idea of opening the relationship.

‘When opening, it has to be clear that this might not work and that you’re willing to work through that possibility together,’ she says.

If you want to close your open relationship, these conversations can’t be avoided.

‘You should be living your most authentic life so that you don’t end up miserable and resentful of your partner,’ Gigi says.

She adds that some people go back and forth on opening and closing their relationships, while others open their relationship for a few years then close it again because they’re done with that part of their sexual exploration.

‘It’s completely fine to do and doesn’t make you boring,’ Gigi shares. ‘It doesn’t mean that you’re doing anything wrong.

‘After many years, relationships shift, they change, they never stay stagnant.

‘And what works for you at one point in your life may not work in another.’