How to make the perfect potatoes: Why this ‘game-changing’ hasselback recipe has been dubbed the best festive treat yet

British chef and ‘potato queen’ Poppy O’Toole has a long history of creating delicious potato recipes, but fans think her latest one might take the crown.

She created the honey mustard glazed hasselback potatoes as part of her ’12 days of Christmas potatoes’ series.

The dish was an instant success online and has already attracted the attention of over 10 million food-lovers. 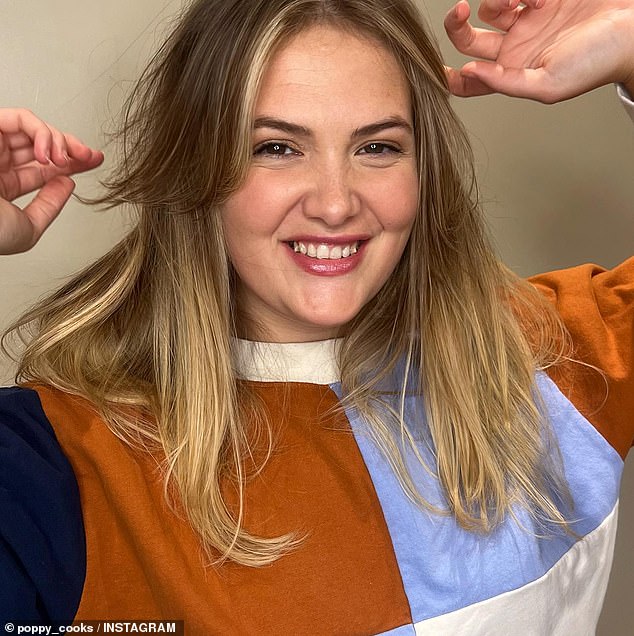 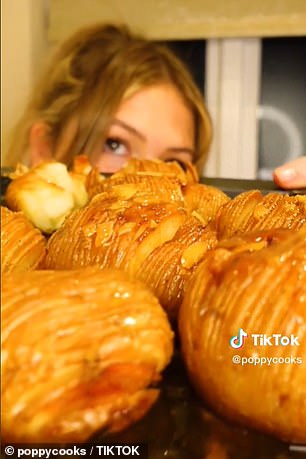 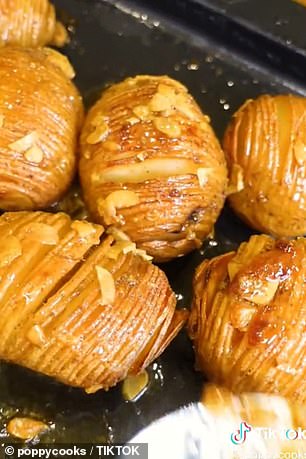 The ‘potato queen’ made the ‘mouth watering’ dish as part of her festive TikTok series ’12 days of Christmas potatoes’. The crispy spuds are slow roasted and glazed with a concoction of honey, mustard and fresh garlic

‘I don’t know how I’m going to top these beauties. 100 per cent going to be on my Christmas dinner plate this year,’ the popular chef said when she uploaded her now viral TikTok.

To make the ‘mouth watering’ recipe, Poppy first made cuts almost all the way through each potato.

She then put the spuds onto a baking tray, drizzled oil all over and heavily sprinkled them with seasoning before roasting them for 30 to 40 minutes

After this the chef basted the potatoes with butter and returned them to the oven for a further 30 to 40 minutes.

In a pan she mixed honey, mustard and garlic, then cooked it slowly for five minutes until it bubbled.

She drizzled the mixture on the potatoes when they were done in the oven, then roasted them again for 15 minutes. 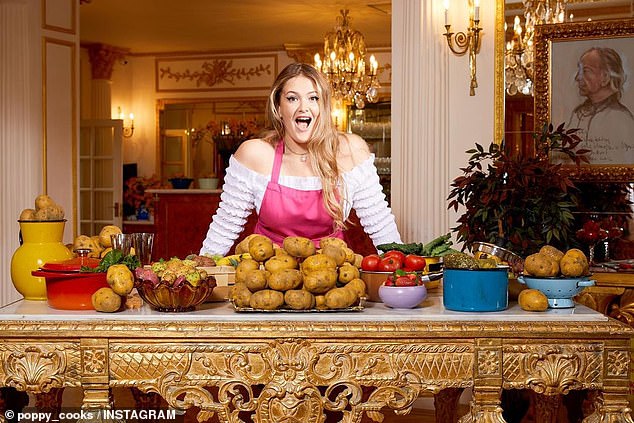 A sprinkle of fine salt

A tbsp butter per person

2. Use two utensils either side of the potato and make cuts almost all the way through

3. Put the spud onto a baking tray and drizzle oil all over

4. Heavily sprinkle with seasoning and place in the oven for 30-40 minutes

5. Then baste with butter and return to the oven for 30-40 minutes

6. In a pan, add the honey, mustard and garlic. Cook slowly for 5 minutes

7. After the 30 mins add the honey glaze the potatoes and get them back in the oven for 15 minutes

Foodies are obsessed with the crispy potato recipe.

‘I’m definitely making these, thanks for sharing,’ one woman said.

‘I have one potato in my fridge. This is what I will be doing with it,’ another wrote.

‘Those look and sound incredible,’ another said.

The chef has impressed her fans with all of her 12 days of Christmas potatoes recipes.

What are the top five TikTok food trends of 2022?

1. Cloud bread – this gluten-free and low-carb recipe is the most viewed viral food trend of all time.

2. Baked oats – the convenience of this dish has garnered it two billion views, you only need to combine oats, milk, mashed banana, and your choice of toppings to make it.

3. Charcuterie boards – the new way to display your food has fascinated TikTok users and influenced them to try their own, you can now also find new trends like butter boards and Nutella boards.

4. Pasta chips – this delicious trend makes pasta shapes crisp and crunchy, with many users adding seasoning twists to their dishes – from chilli to cream cheese dip.

5. Mug cake – this cake can be made in five minutes at home using any flavour combination.