‘I spent £30,000 on plastic surgery – I used to look more natural but I’m happier with my appearance now’

A man has spent more than £30,000 on a number of cosmetic procedures, admitting that enhanced social media images influenced his decision.

Dale-Saint Cullen, 28, from Chester-Le-Street, County Durham, flew to Turkey to go under the knife, where he had liposuction, chin and jaw reconstruction, a full hair transplant and full body contouring.

However, he has now vowed he won’t be having any other work done, insisting he’s happy with his results and instead, would rather focus on his mental health.

Dale, who works in admin, said: ‘I’ve obviously had lots of surgery over the last few years, and I’ve also lost about eight stone, but I had some stubborn areas of fat I just wanted to get rid of. 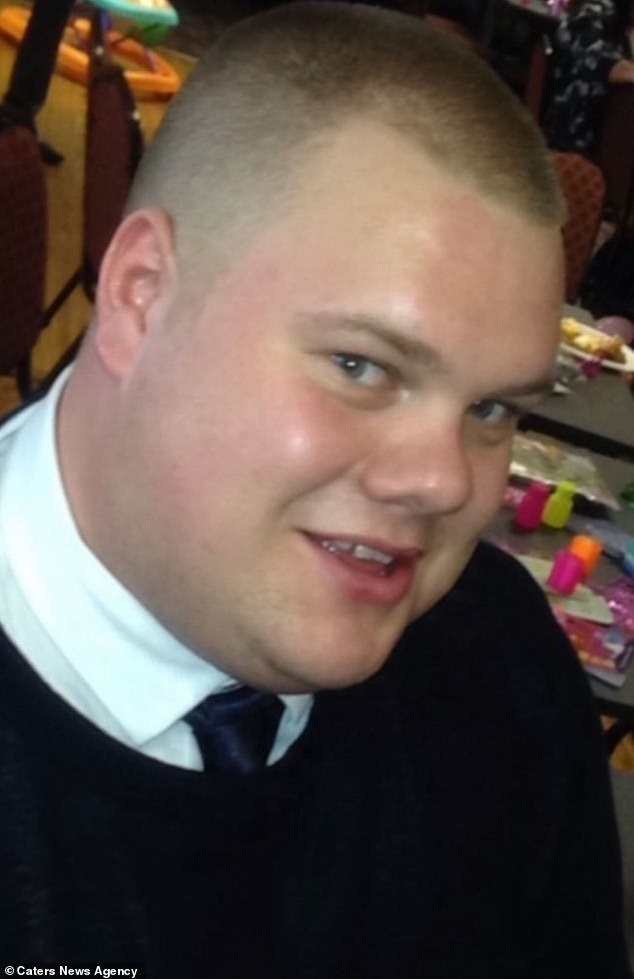 Dale-Saint Cullen, 28, from Chester-Le-Street, County Durham, pictured before undergoing £30,000-worth of cosmetuc surgery

‘I’d been hammering the gym, but I still had problems with areas of my body I was struggling with.

‘I’d seen people’s results on social media and decided I’d go for more surgery to smooth out the edges of my transformation.

‘I flew to Turkey for chin and jaw reconstruction, full body contouring and 360 Vaser liposuction on my torso, back and hips.

‘My hair had also started to recede, and it was one of my biggest insecurities, so I decided I also wanted to have a full hair transplant whilst I was there. 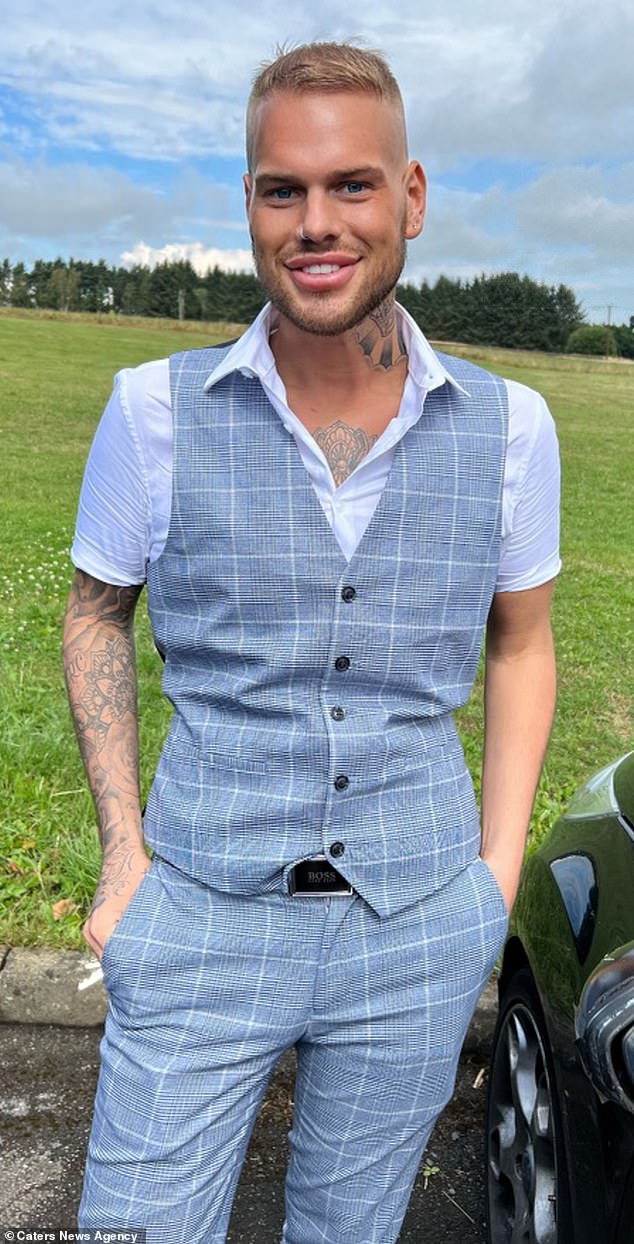 After: Dale pictured after spending some £30,000 on surgeries, including liposuction, chin and jaw reconstruction, a full hair transplant and full body contouring 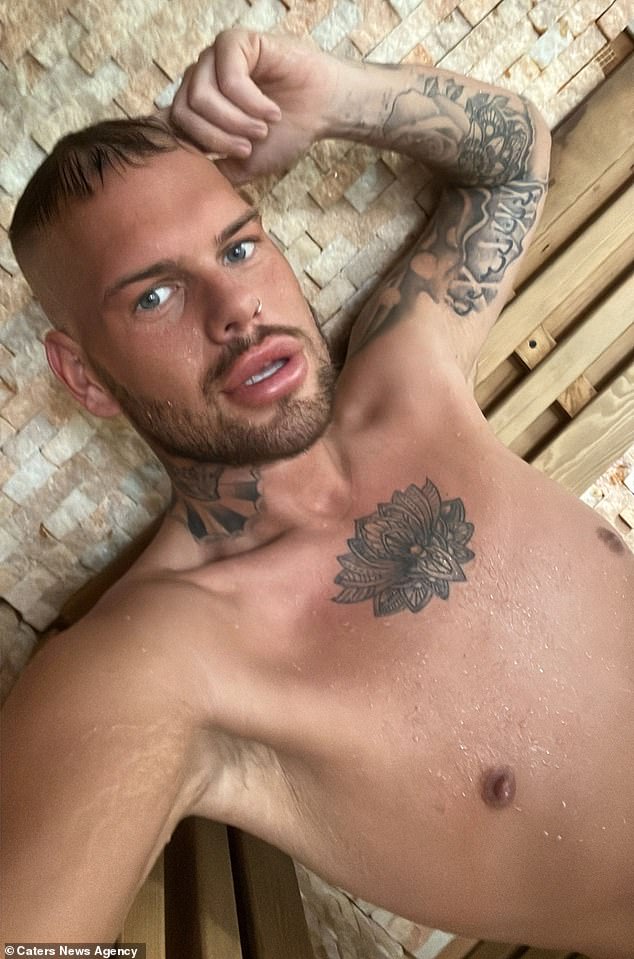 The 28-year-old, who says he is now happy with his look, has vowed he will not have any more surgery

‘The additional surgeries cost £6k and I had them all done within 48 hours.

‘Before all of my surgeries, I obviously looked more natural, but I was unhappy, overweight and full of insecurities caused by the imperfections I picked out.

‘I look like a totally different person now and I’m so much happier with how I look.’

Although Dale is over the moon with his results, he says he’s been put off surgery for life after experiencing a difficult time in recovery.

Before having surgery (pictured), Dale says he was ‘unhappy, overweight and full of insecurities’ 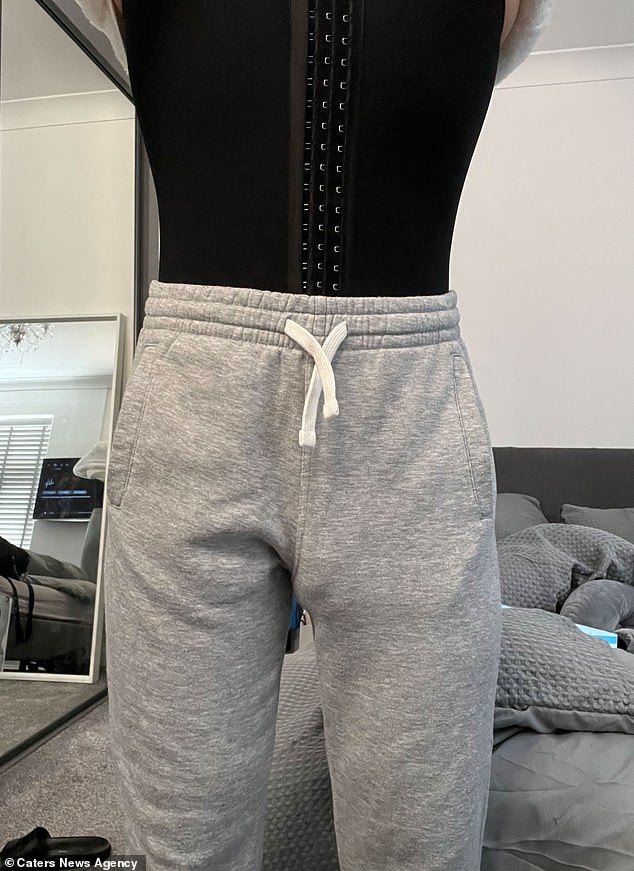 He underwent a seven-hour procedure for his hair transplant and the following day spent five and a half hours in theatre having the rest of his transformation completed.

Dale continued: ‘I wasn’t nervous to go under the knife again because I felt like I knew what to expect as I’d undergone surgery before.

‘I spent 10 nights in Turkey whilst I had the procedures done and spent time recovering.

‘The journey back to the UK was brutal as I was in so much pain. 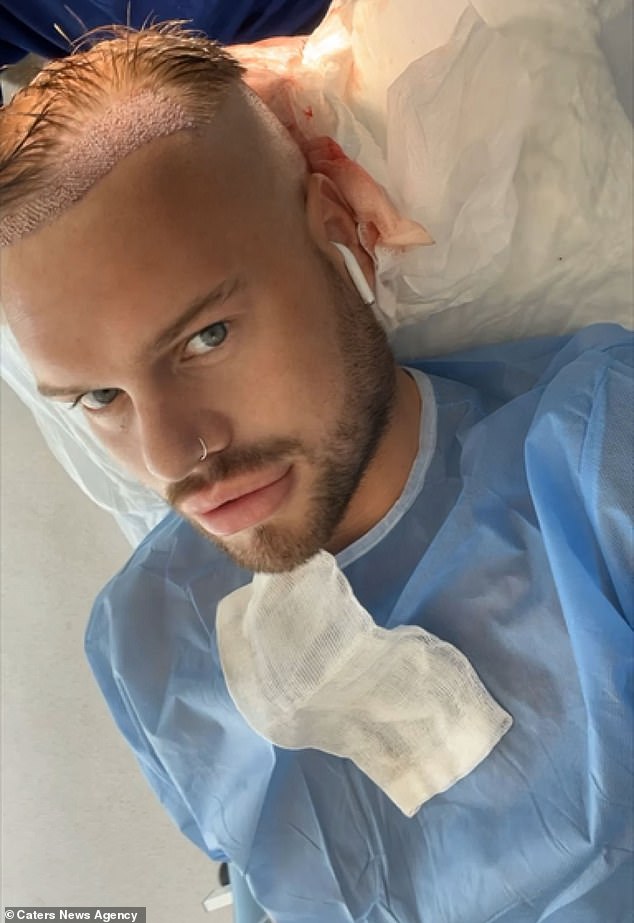 Among his substantial list of surgeries, which totalled around £30,000, Dale underwent a hair transplant (pictured) 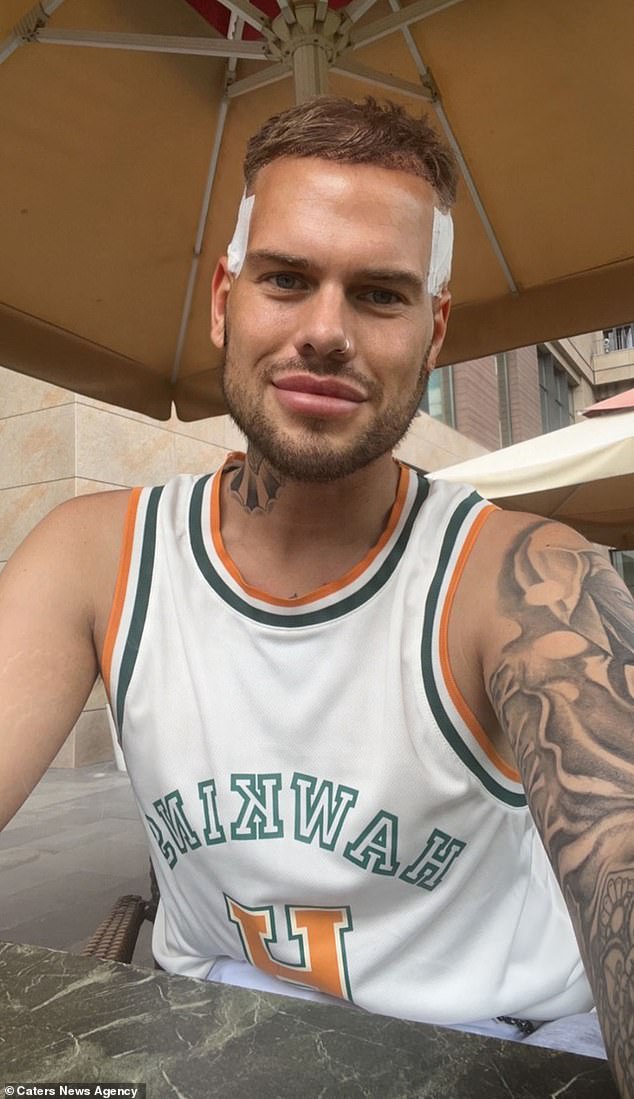 Discussing the significant chanes to his appearance, Dale said he thinks ‘people should do what makes them happy’

‘However, I’m really happy with what they’ve done.

‘I wasn’t expecting them to take that much weight off me, so I was shocked as it was quite a drastic change.

‘It took some time getting used to but I’m so happy with the results.

‘I have no more plans to have any more surgery as I just want to focus on my mental health. 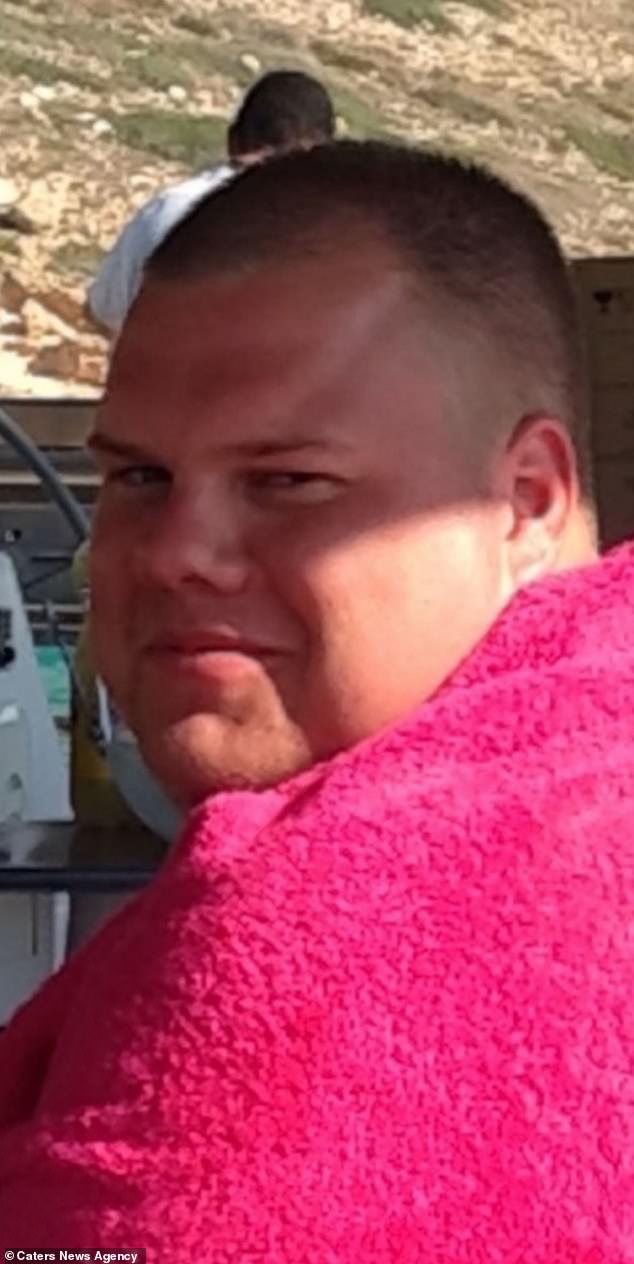 The 28-year-old (pictured before his surgeries) says he has no plans for further procedures, and wants to concentrate on his mental health now 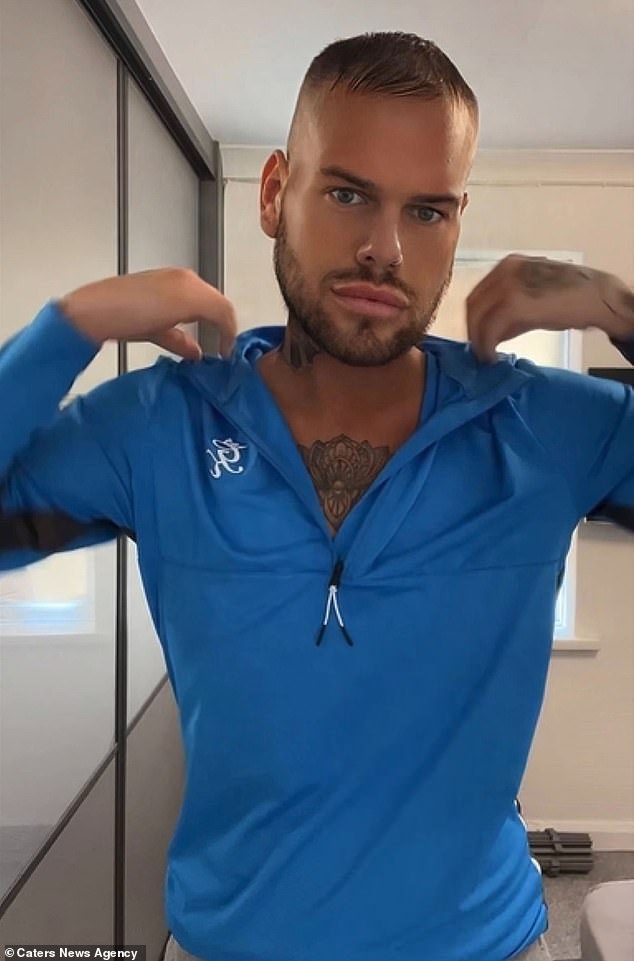 He adds that he is not surprised that  surgery and non-surgical procedures are on the rise, as we are constantly flooded with images of surgically enhanced people on social media

‘I think people should do what makes them happy, you just need to know the risks involved and consider the cons as well as the pros.

‘It’s no surprise that surgery and non-surgical procedures are on the rise because we are constantly flooded with images of surgically enhanced people on social media platforms.

‘It’s easier to access than ever before and it’s played a huge part in my decisions.’

If you enjoyed this story…

Mother reveals she’s lost more than 6st and gained £9,000 in a year by giving up her three weekly takeaways

Mother, 35, who has spent £100,000 on cosmetic surgery including four boob jobs and a labiaplasty has a hair transplant after fearing she would go bald

Man, 56, who would eat four bacon sandwiches for breakfast and an entire packet of biscuits with a cup of coffee sheds an impressive 10st in 8 years