Just five years ago, Moscow’s financial district, known as Moscow City, was a desolate construction site with graffiti-covered walls and empty streets, according to a Moscow-based photographer who visited the area for Business Insider.

Konstantin Salomatin said the streets were “strikingly empty” when he visited in early 2015, and he photographed abandoned construction sites and graffiti-marked walls.

On a recent trip to Moscow, Olga Novikova from Moscow Sotheby’s International Realty gave me a tour of the neighborhood. 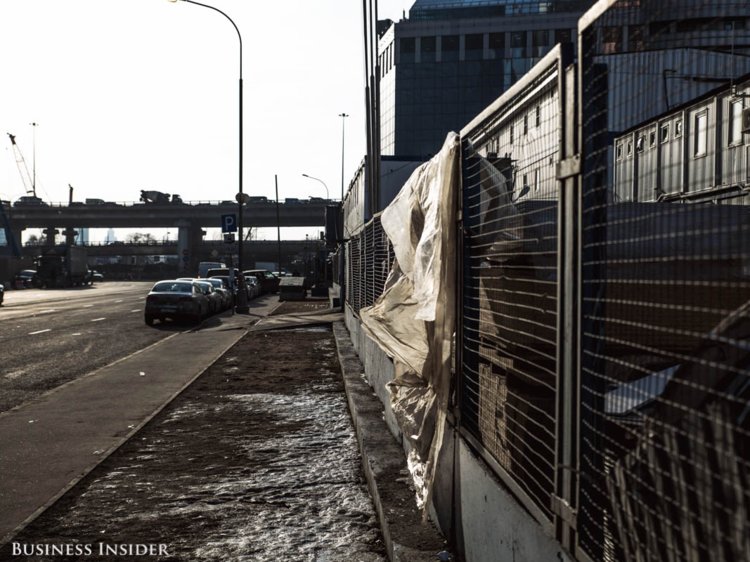 Moscow-based photographer Konstantin Salomatin visited the area for Business Insider in early 2015 and found abandoned construction sites and “strikingly empty” streets in the district that was built to rival Manhattan and London.

Now, the $12 billion district is home to some of Europe’s tallest skyscrapers — and there are more under construction. 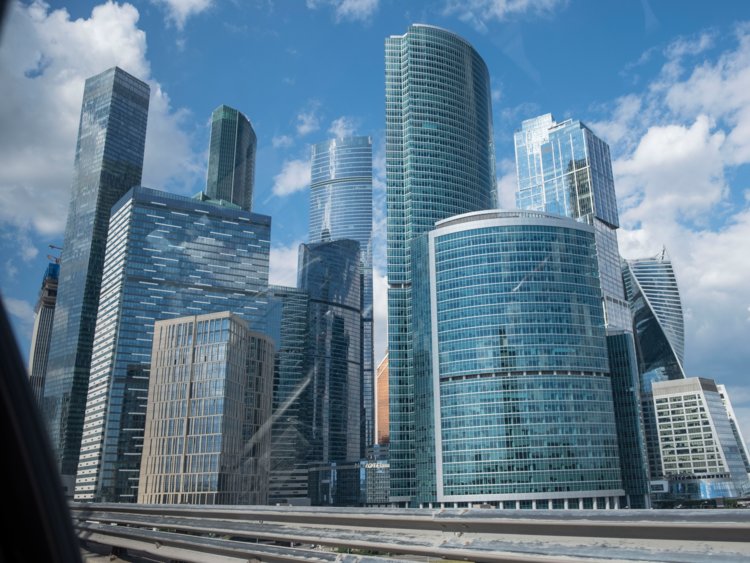 On a recent trip to Moscow, I got a tour of the neighborhood by Olga Novikova from Moscow Sotheby’s International Realty.

It took us about 30 minutes to drive to Moscow City from central Moscow, but Moscow’s notoriously bad traffic can make it take much longer.

As we approached in the car, I was surprised to see the cluster of modern-looking skyscrapers, which were a stark contrast to the historical architecture in the center of Moscow.

Moscow City is a prestigious address for Russian businesses to have their headquarters, Novikova told me. 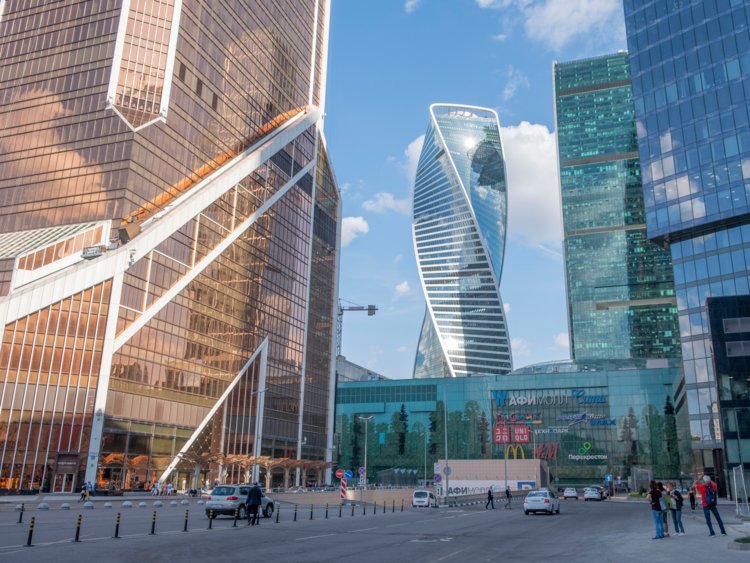 Moscow City,the largest investment project in Moscow, is home to primarily financial and banking companies, according to a December 2016 report from global consulting firm Knight Frank.

The report noted that the development of Moscow City should have been completed in 2007, but construction was delayed during the 2008-2009 financial crisis.

President Donald Trump once wanted to build a tower in the area. 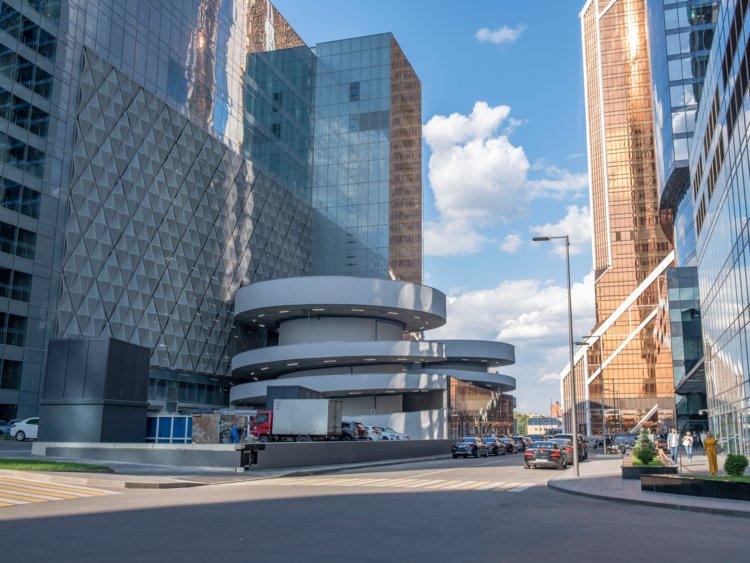 As Forbes reported, in November 2013, after Russian billionaire Aras Agalarov hosted the Miss Universe contest in Moscow, Trump tweeted, “… TRUMP TOWER-MOSCOW is next …”

In October 2015, when Trump was running for president,he signed a non-binding letter of intent to work with a Russian developer to build a 250-residence luxury residential tower in Moscow’s financial district, according to Reuters.

But the project never actually materialized.

When I visited Moscow City, I was surprised to see the streets bustling with activity. 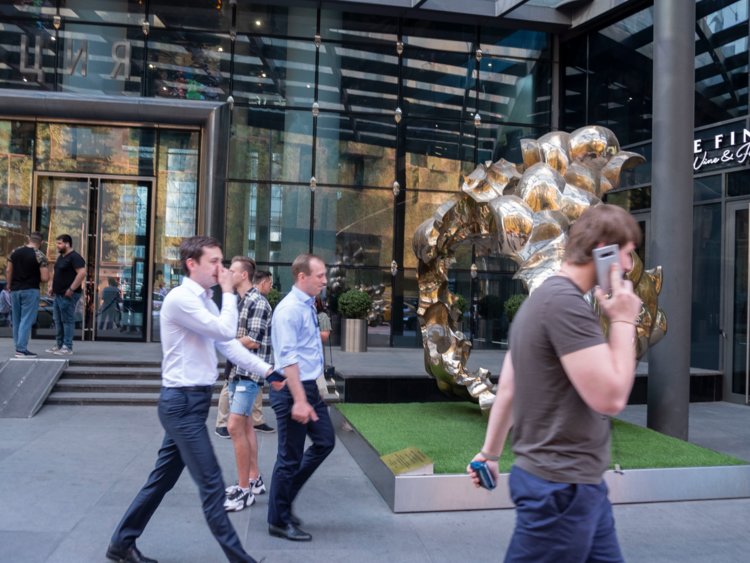 It didn’t look anything like thebleak photos of empty streets I’d seen from 2015.

Novikova told me most of the people I was seeing were those who work in the district.

I saw a modern shopping center with stores like Uniqlo and H&M, as well as a McDonald’s, which can all be found in central Moscow. 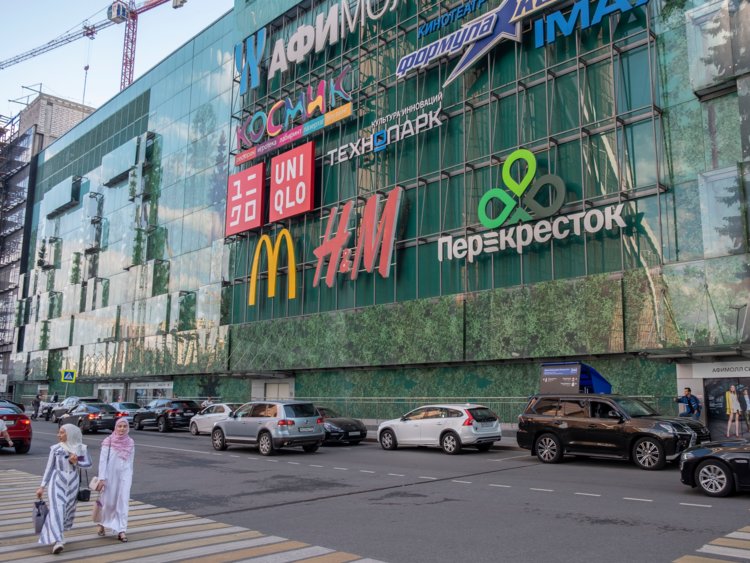 I saw several luxury cars — think Mercedes and Lexus — on the streets.

Towards the center of the district is the Federation Tower, which was once the tallest skyscraper in Europe. 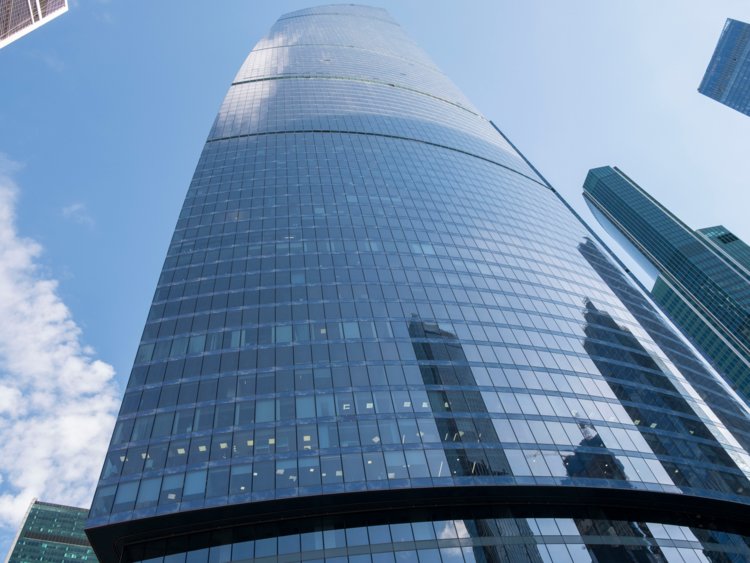 Standing at 1,126 feet, Federation Tower wasrecently surpassed in height by the Lakhta Center in Saint Petersburg, which topped out at 1,516 feet and is expected to be finished sometime in 2019.

Moscow City is also home to towers including OKO, Neva Tower No. 2, Mercury City Tower, Eurasia Tower, and the Capital City Moscow Tower — all of which rank amongthe 10 tallest skyscrapers in Europe.

Neva Towers is a double-tower complex that will include offices and luxury apartments to rival condos in New York and Miami, according to the developers. 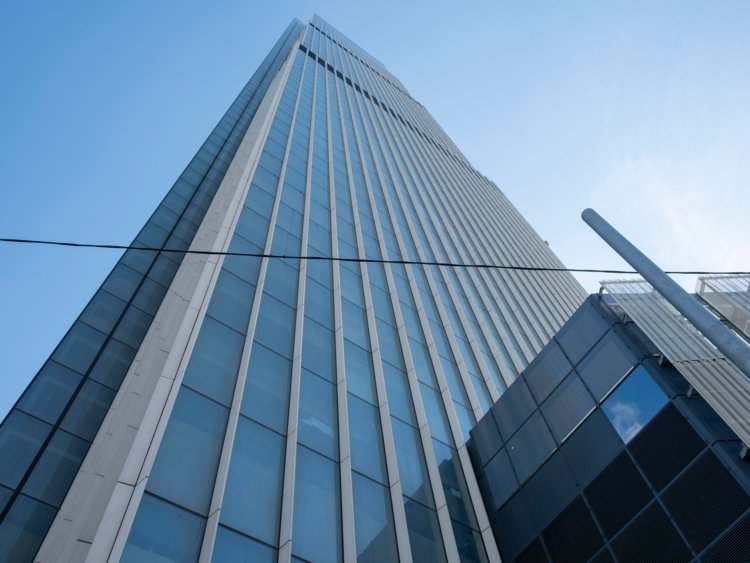 Neva Tower No. 1, which is expected to be finished in August 2019, will be made up entirely ofresidences ranging in price from about $315,000 to more than $13 million, including a $13.75 million penthouse, a spokesperson for Renaissance Development told me.

The amenities in the complex will include a 75,000-square-foot private park, a private cinema for 10 people, squash courts, a fitness center, a music room, and a hammam spa.

The shorter tower, Neva Tower No. 2, which will be finished in 2020, will contain offices through the 28th floor and then apartments on top.

I got a peek into the unfinished penthouse of Neva Towers No. 1, which is priced at $13.75 million. 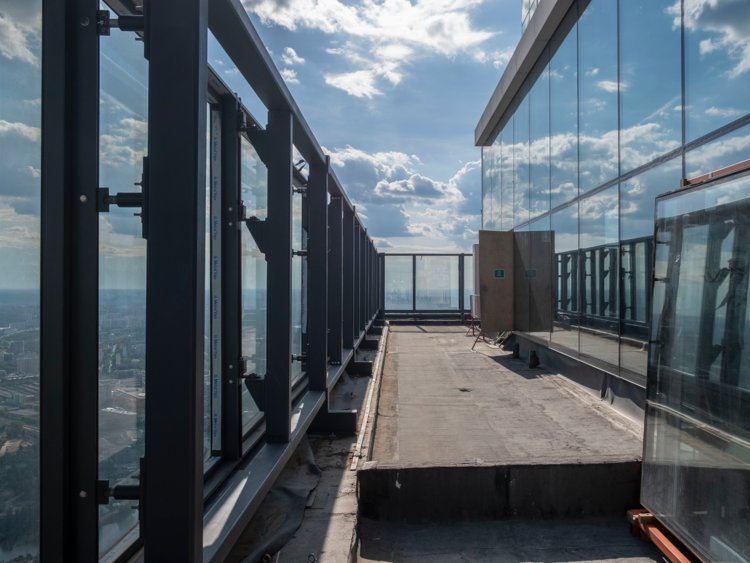 The 9,870-square-foot duplex penthouse will feature a private indoor swimming pool and a massive wraparound terrace. While the space is still under construction, it did indeed remind me of similar luxury apartments I’ve visited in Miami and New York City.

But the price differences are significant.In Miami, I toured a 6,000-square-foot, three-story penthouse that’s selling for $48 million, and inNew York, a 6,234-square-foot, full-floor condo is going for $58.5 million.

A little after 5 p.m., Moscow City workers were starting their commute home, either by metro or by car. 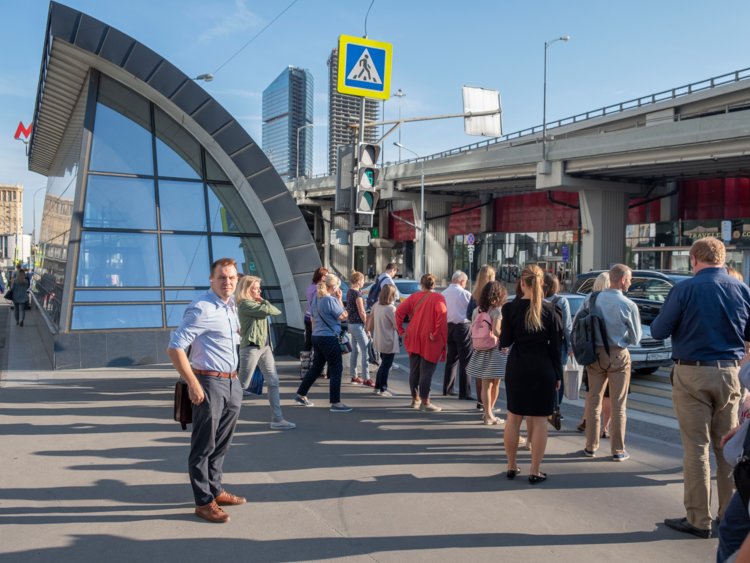 Moscow City is about40 minutes from Red Square on the metro.

As I walked through Moscow City, in some ways it made me think of New York’s financial district, with its sleek skyscrapers and business people. 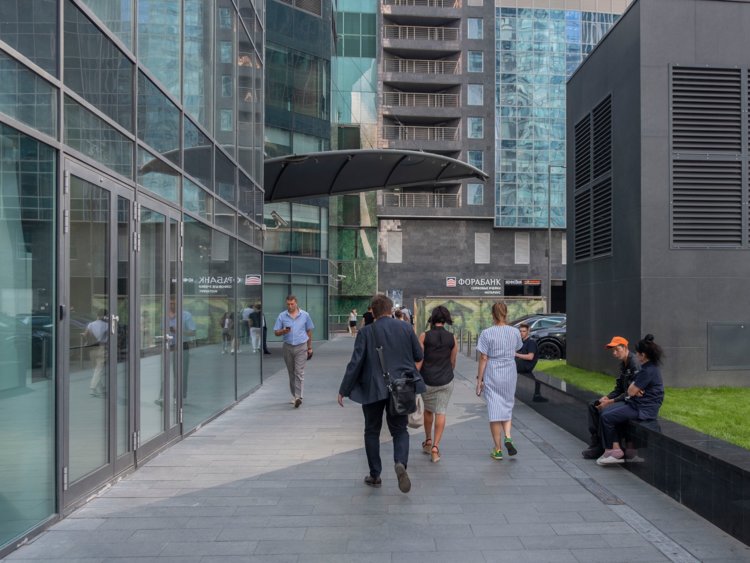 But while the district is home to what claims to be the highest restaurant in Europe, Ruski, which sits on the 85th floor of the OKO skyscraper, I noticed a distinct lack of the type of liveliness that comes from restaurants, shops, and entertainment at the ground level.

I also found the green space in the financial district to be severely lacking. 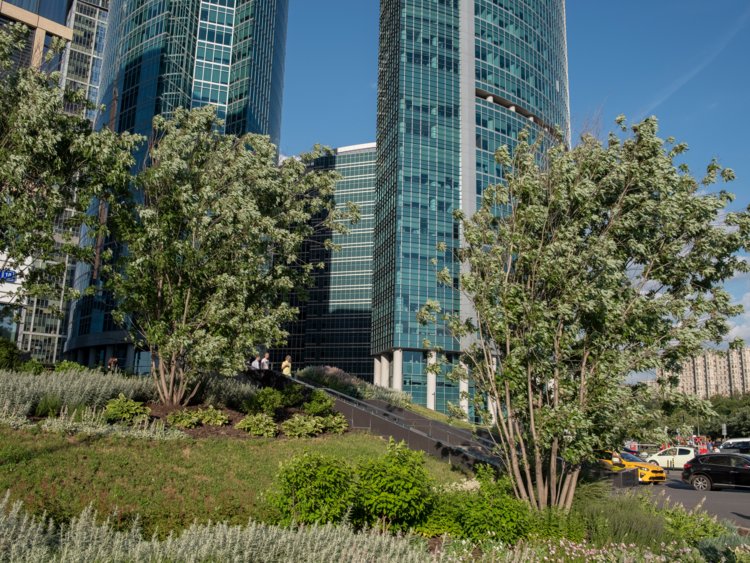 There were a few landscaped patches and trees here and there, but as a whole, the absence of greenery made the area feel rather sterile.

Moscow City has changed drastically in the past four years, transforming from a dilapidated construction zone into a business hub. 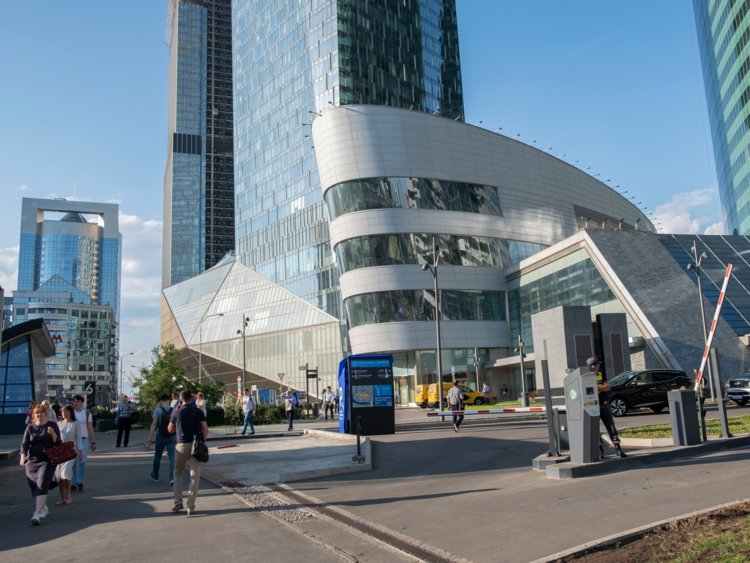 Despite its growth, Moscow City doesn’t seem to offer much for tourists or the average Moscow resident, and I didn’t see much of a reason to visit if you don’t work there.

SEE ALSO:The Moscow metro is known for its efficiency and ornate stations. I rode it and found that it's miles ahead of New York City's subway system.

DON'T MISS:I walked down Moscow's glitzy, mile-long shopping street that travel guides compare to the Champs-Élysées in Paris and NYC's Fifth Ave — and it fell totally short of the hype