IAN BIRRELL: Integrity? Public service? This lobbying scandal smacks of something we’d see in a banana republic rather than a democracy

It smacks of something we might expect in a seedy banana republic rather than a democracy that has long cherished the impartiality and integrity of its civil servants.

First we discover that Bill Crothers, the head of government procurement, was permitted to work for a finance firm as it put out tentacles across the public sector at the same time as he was entrusted with £40billion of taxpayer-funded spending.

Next we learn that he joined the company as a director, hoping to make millions – but, with breathtaking insouciance, felt he didn’t need consent from the watchdog monitoring such appointments since he was already working for the controversial firm.

Then it turns out there may be other civil servants involved with private firms while on the public payroll – and in yet one more dispiriting twist, that a member of the watchdog, Andrew Cumpsty, is himself a lobbyist who boasts of access to senior ministers.

These tawdry revelations about dual roles and divided loyalties have emerged in the latest lobbying scandal to pollute British politics, which began with reports of an Australian hustler called Lex Greensill worming his way into the heart of Whitehall. 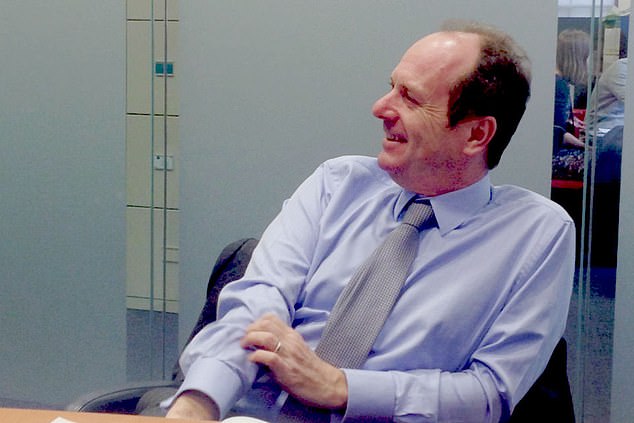 First we discover that Bill Crothers (pictured), the head of government procurement, was permitted to work for a finance firm as it put out tentacles across the public sector at the same time as he was entrusted with £40billion of taxpayer-funded spending

Once again, the sickening stench of self-interest and cronyism is seeping through our political system.

The allegations tarnish the reputation of David Cameron, who gave Greensill and his firm extraordinary licence within government circles – then joined the company and lobbied former colleagues.

They follow unsettling claims that the Prime Minister, Boris Johnson, abused public funds while London mayor to benefit a former lover and intervened in a football takeover bid after being lobbied by a Saudi prince.

Meanwhile, in the wake of the pandemic, Tory party donors and pals have been reported to have made big sums from state contracts.

Yet the latest revelations take us into different terrain, exposing how profit-hungry private firms are burrowing into state machinery and breaching the boundaries between the public and private sectors.

Bear in mind that Lex Greensill was brought into Whitehall by Jeremy Heywood, the former civil service chief who had worked with him at a Wall Street bank. 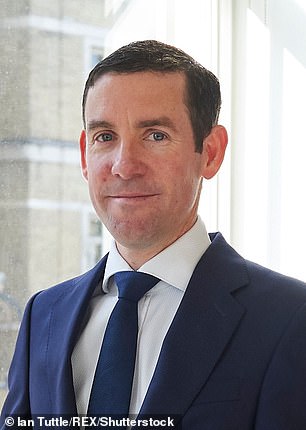 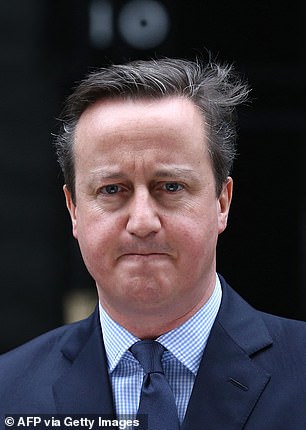 Australian hustler Lex Greensill (left) was brought into Whitehall by Jeremy Heywood.  The allegations tarnish the reputation of David Cameron (right) who gave Greensill and his firm extraordinary licence within government circles

So the most powerful mandarin this century, a man by the side of four PMs before his untimely death from cancer in 2018, played the pivotal role in winkling open our government for a rich foreign financier to promote his business.

The Cabinet Office, supposed to oversee Whitehall operations, admits it has no idea how many more civil servants might have external roles with other organisations while working for taxpayers.

This is incredible. Our political masters collect data about the age, gender, race, even sexuality of all those people working for them, but do not bother to ask if any might also be on the payroll of vested interests.

In a clear sign of panic in this unfolding fiasco, Simon Case, the current Cabinet Secretary, this week sent a hasty memo demanding all civil servants urgently disclose if they do ‘secondary work, particularly where financial payment is received’.

As every decent minister knows (and yes, there are some), politicians rely on being able to trust the impartiality of advice coming from civil servants.

This is a key pillar of our democracy. The noble ideal was set out in an 1854 report ordered by William Gladstone that has been hailed as ‘the greatest single governing gift of the 19th to the 20th century’ by the historian Lord Hennessy.

It laid out the concept of a meritocratic and politically-neutral civil service that would speak truth to power behind closed doors.

But what this scandal shows is how the avarice and weakness of modern politicians, aided by the complicity of some top civil servants, has handed access to firms flocking to feast on the vast sums spent by government.

Behind it lies their infatuation with using business models to improve public services whether by outsourcing services or importing experts from the business world.

This is not inherently wrong. Prime ministers are baffled by their inability to deliver change after winning hold of the levers of power, so invariably blame bureaucrats. Yet ministers forget that business becomes involved only when it spies an opportunity to make money or gain influence.

Then they are easily seduced or outflanked by clever corporate advisers – or simply grow desperate to join the champagne-swilling ranks of their fat cat friends.

It was no surprise to learn that Crothers joined the Cabinet Office from one of the major consultancies that have proved so skilled at selling their lucrative influence to politicians.

The hypocrisy of these smooth accountants and slick management gurus stinks when they take huge sums from taxpayers while also flogging expertise on tax avoidance to wealthy clients and multinational firms.

Their incursion into the state apparatus has been a feature of the pandemic. While it made sense that ministers sought outside help to fix urgent problems over PPE supplies for frontline staff and create systems for testing and tracing, it was unforgivable to sanction day rates of up to £7,000 for some consultants.

Money and politics is a combustible mix. But now we are glimpsing systemic corrosion. At the same time, public service has become infected with greed at top levels.

We see this with the bonus culture that oozed into the higher echelons of Whitehall, with officials collecting at least £42million in 2019 on top of their salaries and generous pensions simply for doing their job in grotesque mimicry of risk-taking entrepreneurs.

Or with surging pay that sees bosses of moderate universities pocket salaries in excess of half a million pounds and hands too many council chiefs six-figure pay packets.

Meanwhile senior civil servants, like their political masters, flit from influential jobs in government to highly paid posts in the private sector, trading on contacts, expertise and insights developed at the taxpayer’s expense.

It is too late to shut this revolving door. But the US, despite its money-drenched political system, has a simple rule we should adopt: a lifetime ban on public officials representing a private party on any issue they worked on in government.

It is fine for government to learn from business about delivery, efficiency, innovation and risk – but ministers and officials must never forget their job is different because they are funded by cash taken from citizens.

Above all, Whitehall’s top brass should remember those Victorian ideals of integrity and independence – and that there is still a distinction between public service and chasing profits.