Former ‘Saturday Night Live’ actor Joe Piscopo says the woman’s decision to sue the man who kicked her seat after reclining it is ridiculous.

When United Airlines announced it would be swapping out its complimentary Biscoff cookies for Oreo Thins, some fans of the cookie were upset by the decision.

However, the airline explained that it was a temporary switch.

In a tweet on Friday, United said Oreo Thins would be a free snack option on March 1, but that the beloved Biscoff cookies would return on May 1.

UNITED DITCHES BISCOFF FOR OREOS BUT IT MAY NOT HURT SALES

United isn't the only airline to offer the Belgian cookie as a complimentary snack. American Airlines and Delta Air Lines both serve the treat on flights over 250 miles, according to their websites.

All three airlines offer other complimentary snack options as well, including non-alcoholic beverages on all three airlines, pretzels and snack mix on United, pretzels on American and almonds, Cheez-It crackers and KIND Dark Chocolate Chunk bars on Delta. 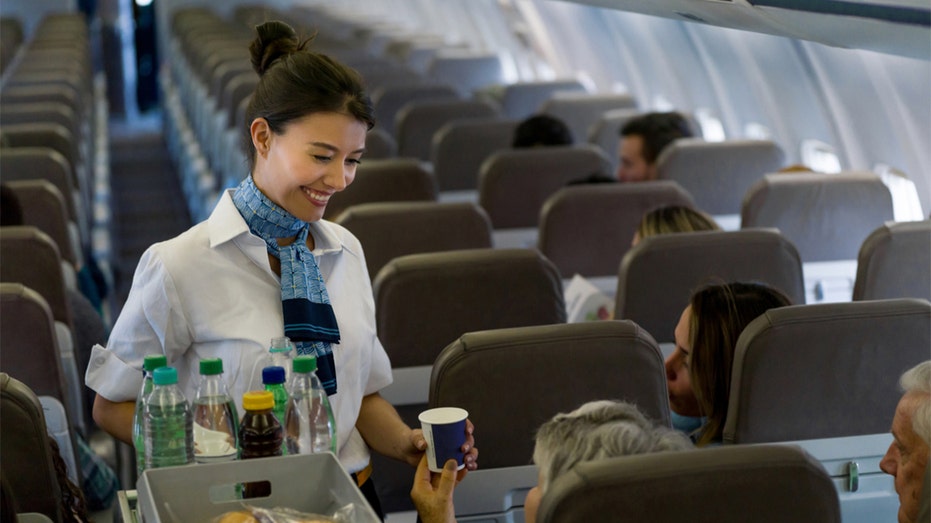 Many airlines — aside from budget airlines — offer complimentary snacks and drinks for trips over 250 miles. However, some snacks are more iconic than others. (iStock)

Even though United is planning to bring the Biscoff cookies back as a snack option, not all iconic complimentary airline snacks are still available today. Some have been left by the wayside while others have continued to thrive.

Scroll down to see some of the most iconic airline snacks and where they are today.

United's recent decision to temporarily remove Biscoff cookies from its snack options isn't the first time the airline has received backlash for taking away a fan favorite.

In June 2018, United switched its Stroopwafel for maple wafers, The Points Guy reported at the time. However, by January 2019, the airline brought the favorite back, according to Eater.

In United's tweet from Friday, the airline said that Stroopwafels will be "here always."

Even though its peanuts had been complimentary snack options for decades, Southwest Airlines stopped offering them in the summer of 2018, according to NPR at the time.

Southwest made the decision — after several other airlines did, too — particularly for passengers who have peanut-related allergies.

The airline still offers free pretzels and non-alcoholic drinks on flights, according to the website. And though the peanuts are no longer free, fans can buy them in tins online for $29, along with other peanut-themed merchandise.

In JetBlue's 20 years as an airline, it has reportedly served 102 million bags of its iconic Terra-brand Sweets & Blues potato chips, according to a press release. The chips have been JetBlue's official signature snack since the airline launched in 2000.

Weekly survey: How has your media consumption changed in the time of COVID-19?

Melbourne Film Festival, Due To Take Place In August, Canned Over Coronavirus