As thrilling as it may be, moving in with bae can also pose all kinds of potential challenges. How are you going to deal with having totally different morning routines? What if you struggle to set healthy boundaries? Will your sex life suffer? But if you move in together over the summer, there’s a bevy of other things to bicker about.

The heat certainly doesn’t help. No one enjoys lugging heavy boxes around, but when you add in 90-degree temperatures, it’s enough to make anyone irritable. Not only that, summer is also peak moving season, which means it may be more difficult to find a moving company that’s available. Etiquette and relationship expert April Masini points out that summer is also a busy time in general, between vacations, BBQs, weddings, etc., so it may be tough for you to coordinate your schedule with your boo and find a moving date that works. And there are a number of other possible inconveniences that could pop up on your actual moving day.

“If you live in a college town, students are moving in and out during the summer,” Masini explains. “New grads are moving into new homes for new jobs. That means your apartment building elevator may be hogged with other movers, intersections will be jammed because moving trucks are double parked, and the cost of getting movers during a busy moving time goes up.”

Certainly, moving in together during the summer does have its perks — for example, you won’t have to worry about snowstorms, and you’ll be more likely to explore your new ‘hood in the warm weather. That said, here are a few common fights that are totally normal to have if you decide to become roomies between June and September.

The Temperature Of Your Abode 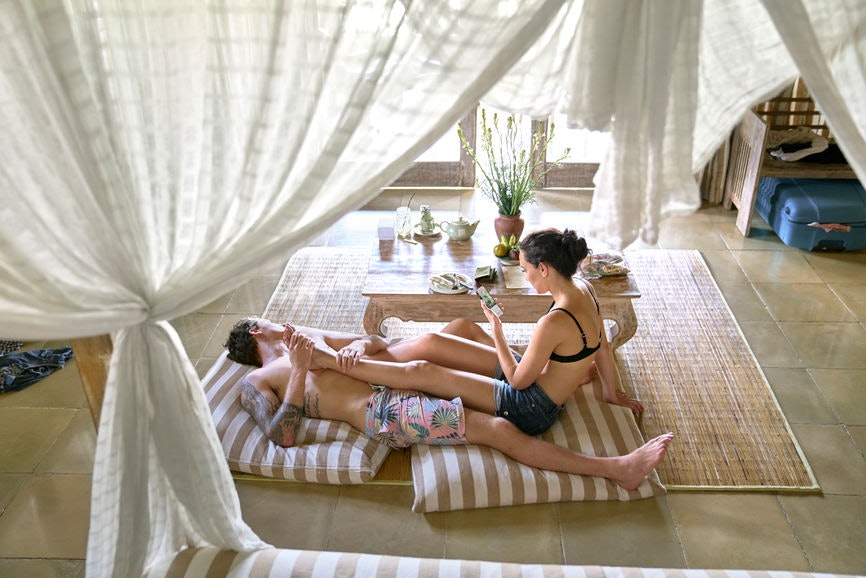 There are two kinds of people. The kind who start blasting the AC as soon as May hits, and the kind who can comfortably sleep in an 80-degree room with a small fan (or even without one). I definitely fall in the former category — because TBH, I can’t think of anything more satisfying than shimmying underneath my down comforter, no matter what time of year it is, so I tend to keep my abode pretty cool. If you (or your partner) is like me, and the other person has a vastly different comfort zone, then that will definitely cause some tension — particularly in the summer.

“When you and your partner have different personal temperatures, it’s very common for one of you to want things cozy and toasty, while the other wants things to feel borderline arctic,” explains Masini. “This difference can cause rifts that turn into big fights.”

At first, this argument will play out with a little game I like to call “the thermostat tug of war.” One of you will turn the temperature down. Then, when that person isn’t looking, the other partner will crank it back up. This cycle will repeat until someone finally confronts the issue head-on. That’s when you’ll need to hash out your differences and find a way to compromise on the temperature of your environment. Can you meet halfway to find a range that’s comfortable for both of you? That will be key to salvaging your sanity (and saving you some money on your electric bill, too — more on that to come).

The Cost Of Utilities 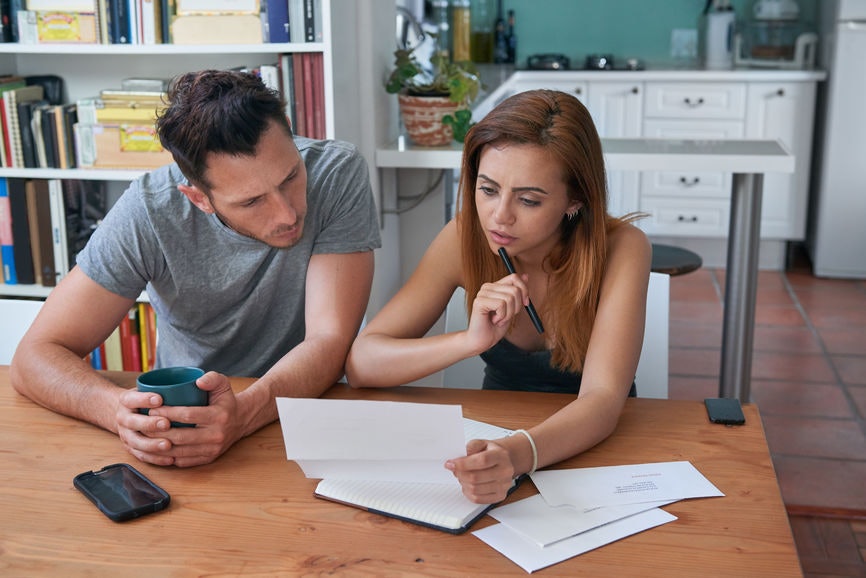 Speaking of the temperature, when you start cohabitating during the summer, you’ll have to accept the fact that your utility bills may be a bit tough to swallow.

“Whether you have a swimming pool which costs money to heat and maintain or a home that requires a lot of energy to cool with air conditioning, how to handle the bills during the summer and keep them reasonable can easily become fodder for fighting,” says Masini. “Many couples who move in during the summer get hit with big utility bills after their first month together. Unprepared for this, they may panic and lash out.”

So, try not to panic when that first set of bills arrives. After all, you can rest assured that your bills will likely be noticeably lower in just a few months when fall arrives and the climate is more temperate. For now, you’ll just need to figure out a system for you both to stay within your budget (see: previous fight about the thermostat). While it may feel awkward, it’s important to have an open, honest discussion about money as early as possible. And remember: If you were living alone before you moved in together, you’re probably both saving on utilities now that you’re sharing the burden as roomies. 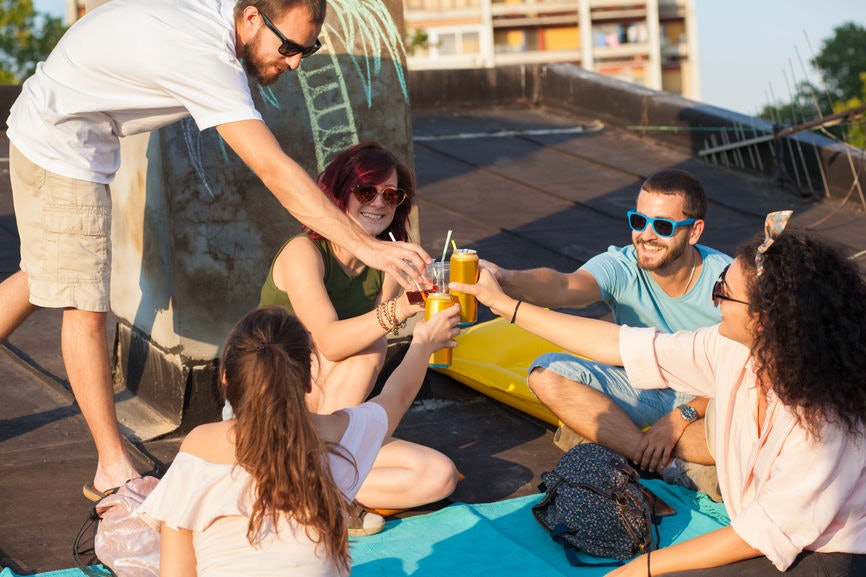 It goes a little something like this. You move into your new shared abode, and you’re just dying to show off your sweet new roof deck, so you invite friends over while your partner is still at work. When they arrive home, eager to chill with you alone, they’re surprised — and TBH, a tad pissed — to find that you have guests. Or, your partner’s college buddy has the summer off, so they invite their bestie to stay at your new digs for a full week without asking your permission. For couples who move in together during the summer, another super common fight revolves around having guests over.

“One of you may think nothing of having friends and family drop by, spontaneously, for barbecues and beers, while the other feels like this is an invasion of privacy,” adds Masini. So, if you find your partner has given keys to his or her mother, sister, or best friend without telling you because to them it seems perfectly normal — and you’re balking, buckle up. Those drive-by visits can make summer sizzle — in the worst possible ways.”

This is why it’s so crucial to discuss a policy for guests ahead of time. Maybe that means you only have friends over on weekends because your significant other has to study during the week, or you have to get a green light from the other person before inviting someone to stay overnight. However you decide to approach it, just be sure that you and your boo are on the same page about inviting people over to avoid unknowingly crossing any boundaries.

Whether Or Not To Do a DIY Move 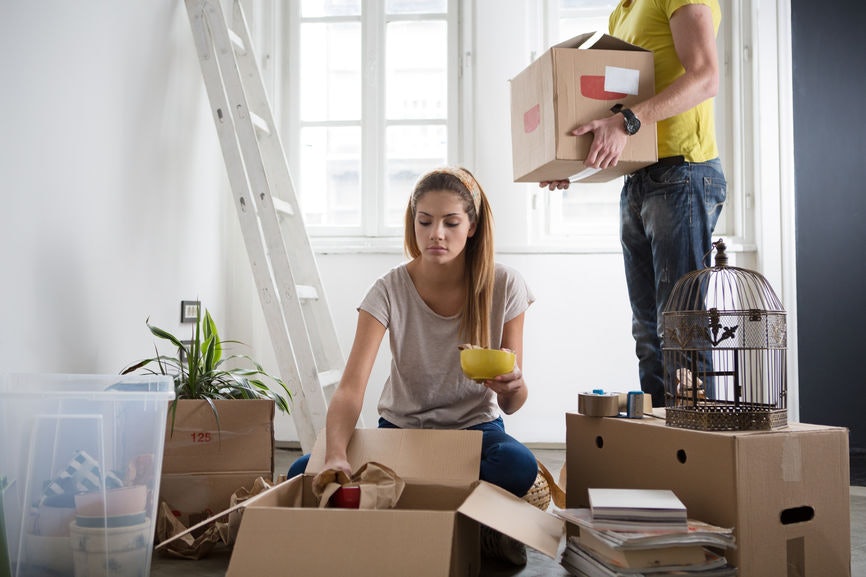 There’s more than one way to execute a move. And how you go about it is another totally normal thing to fight about, especially if you’re moving in together during the hectic summer season.

“The cost of professional movers is high, and that makes a lot of people want to DIY,” explains Masini. “But the energy required to make a move is massive, and many people would rather write a check than do it themselves. If you and your partner have different takes on this issue, prepare for one or both of you to dig in, and for this issue to be one that you fight over.”

If finances are tight, it makes sense to want to try and just handle the move on your own. But if you can’t get friends to pitch in and help, the mere thought of doing a DIY move may seem overwhelming. Luckily, there are ways to compromise on this, too — for example, having friends help you pack up but hiring a professional to actually transport your furniture and belongings.

Since moving in together during the summer can be super stressful, Masini has some sage advice to ensure a pleasant transition. For one, she suggests talking out any potential issues ahead of time so you can troubleshoot.

“The more you can anticipate, the better you can plan,” she adds. “So if you brainstorm together over what could go wrong, or what you might fight over — you have a much better chance of hedging against those issues instead of stumbling into a fight.”

Masini also recommends doing your homework on utility costs so you aren’t totally caught off guard when you open your bills. For example, talking to the former owners or your landlord about average utility bills during the summer months can give you an idea of what to expect. And when it comes to the costs of moving, Masini recommends getting multiple quotes, and reading the fine print on the contracts, before deciding what you can afford.

“If you can, spring for the pros,” she adds. “The stress of moving is much greater than most people anticipate, and a smooth move-in is worth more money than you can imagine when it comes to your relationship.”

It’s totally normal to have some arguments when you move in together, no matter what time of year you’re crossing this milestone. But if you’re moving in together during the hotter months, there are even more contentious factors that come into play. As long as you can master the art of compromise in your relationship, you’ll be able to overcome your differences and build a happy home together, regardless of the hassles that come with the summer heat.