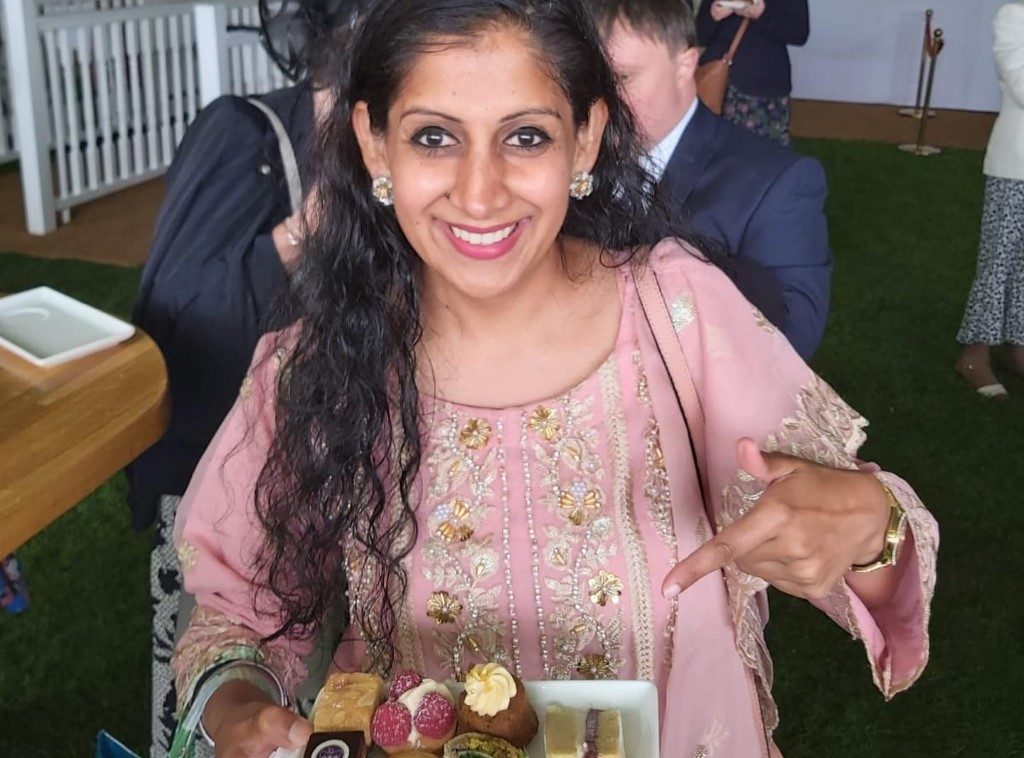 ‘You don’t know what you’re missing!’

‘Don’t you get bored eating salad and vegetables all the time?’

‘I know you’re Sikh but why don’t you try a beef burger? You’d like it!’

These are just a few of the many comments that I’ve received since becoming vegetarian and giving up alcohol over 20 years ago.

I never really liked alcohol or meat but, for so long, I followed the crowd, ordering burgers and a glass of wine, too afraid to be me and wanting to fit in.

I decided to give up drinking because I just didn’t like how it made me feel, and I initially stopped eating meat during a bird-flu outbreak. But after getting used to a vegetarian diet, I decided to stick with it. I found I was happy eating meat alternatives, like tofu, soya, and extra veggies.

But while I was comfortable with my decision, it seemed like not everyone was.

I used to feel embarrassed going out with friends because, at the time, they all drank and ate meat. When I’d go along, as the only one who didn’t, I’d feel out of place – especially when people would feel the need to comment on it.

I had friends and colleagues telling me to ‘try this meat dish’ after I told them I was vegetarian. ‘But you used to eat it, so why not try it?’ they’d say, laughing when I’d politely shake my head.

What kind of thing is that to say to someone? It’s like me telling someone who eats meat and likes alcohol to become a vegetarian and give up drinking. I’d never say anything to like that to someone.

People often assume it’s because of my culture. I once told a colleague and he said it was strange because at Sikh weddings you have lots of alcohol and meat dishes.

I had to explain that it has nothing to do with my religion, it’s my choice. It’s ignorant – I don’t understand why people feel the need to question my decision.

It’s something I’ve had to put up with a lot over the years.

When I was working in the corporate world as a marketing professional, people would suggest I wouldn’t fit in, as the culture is all about drinking and having a good time. But why don’t people understand that I can have a good time without alcohol? Any work culture that suggests otherwise is toxic.

Things like this make it difficult to feel as though you ‘fit in’, and build a career and professional relationships.

When I say I don’t drink, people suddenly seem less interested in socialising with me, as if they assume I’m boring. ‘We’re going to a steak house so it’s probably not for you,’ I’ve had people say to me. ‘When we do something more catered towards vegetarians, we’ll let you know.’

While I do know lots more vegetarians now than I used to, and a few non-drinkers, it still feels like I’m in the minority. Comments like these make me feel left out and it upsets me.

In my experience, vegetarians and non-drinkers are often made to feel excluded and feel too embarrassed to ask for what they really want; like ordering a mocktail from the menu, for fear that someone will call it out.

Other times, people act as though you are overly sensitive. For example, there have been times when I’ve been out for dinner and ordered a vegetarian dish. The people I’m with have said things like, ‘Are you OK to have meat in front of you?’

Or, at the other end of the spectrum, I’ve had people touch the vegetarian dishes with cutlery that’s been in a meat dish, or had meat put on my plate and then told to just eat around it. I find this offensive.

It’s time that vegetarians and non-drinkers are given the same respect as anyone else.

I’ve put up with this kind of behaviour for years – but now, I have had enough and it’s time to speak up, not shut up. I am proud to be a vegetarian and non-drinker.

People who don’t drink alcohol or eat meat aren’t weird, and we do know how to have a good time – you don’t need either of those things to have fun.

As a vegetarian, the thought of meat being anywhere on my food makes me vomit, so next time it lands on my plate, I don’t want it taken off or to eat around it, I want a brand-new dish – and I want reassurance that veggie food in restaurants is made separate from meat dishes.

That’s what we deserve.

People seem to think because I don’t eat meat or drink that I’m missing something, when the truth is, I’m missing nothing – I’ve been there, ate and drank that and I know I feel better about myself now that I don’t. I love being me.

I wouldn’t change for anyone and it’s about time people stop assuming that I’m boring, just because of the lifestyle choices I’ve made.

I’ve got plenty of other interests, such as volunteering, travelling, climbing, swimming, henna art and exploring new vegetarian places to visit. To me, these are much more interesting than what food I don’t eat, or what alcohol I don’t drink.

It’s my choice and I refuse to feel the pressure that I’ve felt in the past – I’m proud of who I am.