Indigenous-led charities fear new federal government regulations tabled in Parliament on Tuesday could prevent them from speaking out on important social issues for fear they may face deregistration proceedings.

Proposed changes to the Australian Charities and Not-for-profits Commission Regulations 2013 seek to broaden the commissioner’s ability to strike off non-profits and non-government organisations from the charity register if they are deemed to have committed “summary” – or low-level – offences including blocking a footpath and unlawful assembly in private or public spaces. 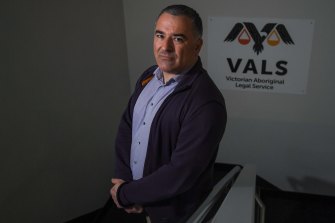 These and similar behaviours are associated with public demonstrations and activism. Under the current “Governance Standard 3” in the act, charities face deregistration only if they engage in conduct considered a more serious, or “indictable” offence that attracts a fine of more than $13,320.

“Under these laws, [the Aboriginal legal service] could be deregistered if one of our employees attended a protest organised by a third party and temporarily obstructed traffic during that protest, or someone unrelated to our organisation doing so on the basis of our social media post drawing attention to a rally,” he said.

“We are chronically underfunded by governments and donations from the community help us survive. If the government has the power to deregister us for issues unrelated to our operation as a charity, it would put our existence at risk. At a time when there is a crisis of Aboriginal deaths in custody, the Morrison government is trying to silence voices rather than focus on saving lives.” 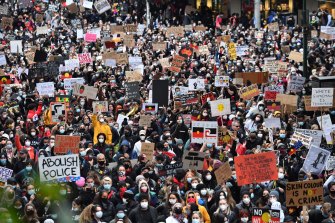 A recent government review of the charity legislation did not recommend the broadening of Governance Standard 3, saying instead that it should be repealed.

Alice Drury, a senior lawyer at the Human Rights Law Centre, said charities with connections to important protest movements could be targeted, particularly those concerned with climate change and Indigenous rights issues.

”It is a connection to protest that puts you in the firing line. And these latest proposals single charities out for double punishment in a way that isn’t applied to businesses or political parties,” she said.

“It’s been a really tough couple of years for Australian charities, with bushfires, [Black Lives Matter], the pandemic. The Morrison government should be supporting charities and not threatening them with rules that could shut them down for speaking out.

“It is vital that charities be able to speak on behalf of communities they support and represent. It is not enough to say that charities should be handing out blankets to homeless people. They should also be asking why those people are experiencing homelessness.”

Paul Wright, national director for ANTaR – an independent organisation that advocates for justice and rights for Aboriginal and Torres Strait Islanders – said the changes “undermined democracy”.

“In a healthy democracy governments must be subject to robust scrutiny and the advocacy of the citizens and communities they are elected to serve,” he said. 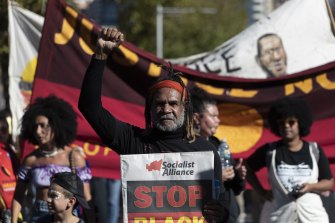 A rally in Sydney in April to protest against Indigenous deaths in custody.Credit:Brook Mitchell

“Our legal services across the country and the thousands of people they represent and advocate for must not be silenced,” she said. “It is our duty to advocate for the changes that will create a fairer, freer and more equitable Australia.”

Co-chair Cheryl Axleby described them as “flying in the face of Closing the Gap lip-service and promises of more control and autonomy” to First Nations community organisations.

Australian Charities and Not-for-profits Commission commissioner Gary Johns told Senate estimates in June that charities breaking the law was not a widespread problem. Only two out of 59,000 had been deregistered for breaching the existing regulation during his time as commissioner.

Deputy Treasurer Michael Sukkar said in a statement the regulations set a minimum benchmark by which all registered charities should govern themselves.

“The changes will empower the … commissioner to investigate registered charities engaging in or actively promoting theft, vandalism, trespass or assault and threatening behaviour, and to take appropriate enforcement action if warranted.”