The conservatorship — a legal guardianship typically enacted for those incapable of making their own decisions — was approved by the court in 2008 after Spears had several public mental breakdowns. The arrangement put her estate, financial assets, and some personal assets under the control of her father and a lawyer. Earlier this year, it was extended until at least August 22.

Since its implementation, the conservatorship has generated a lot of controversy among Spears' fans. Some think she's being controlled and manipulated, which has fueled the #FreeBritney movement. But those close to Spears have told several media outlets over the years that the conservatorship is meant to help the pop icon and that she is very involved in business decisions.

A representative for Spears didn't immediately respond to Business Insider's request for comment on this story.

Here's a look inside the complex arrangement that is Spears' conservatorship. During this time, Spears was spotted driving her SUV with her son Sean on her lap and not strapped in a car seat. She also famously shaved her head and was seen hitting a photographer's car with an umbrella.

In 2008, Spears made several trips to rehab and was committed twice to a psychiatric hospital — also known as a 5150 hold in California, where Spears lives, Laura Newberry reported for the Los Angeles Times. Newberry spent three months examining Spears' conservatorship.

This tumultuous period led to Spears' court-approved conservatorship, which was implemented at the end of 2008. 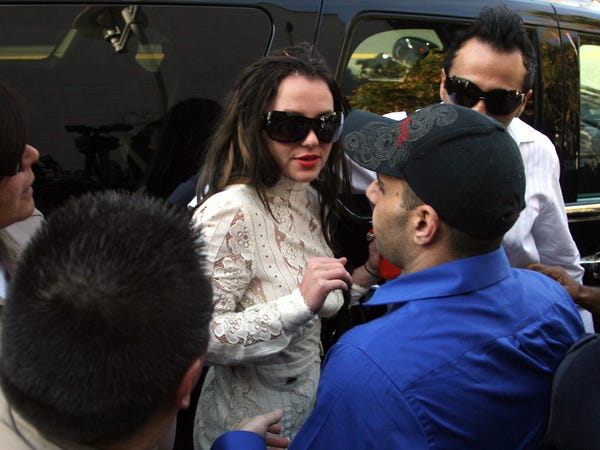 A conservatorship is also known as a legal guardianship. It's granted to those who are incapable of making decisions, such as people with mental disabilities and those with dementia. Law experts told Newberry a conservatorship was "unusual for someone as young and productive as Spears."

Under the conservatorship, Spears has no control over financial or personal decisions. That power was granted to her father and her attorney. 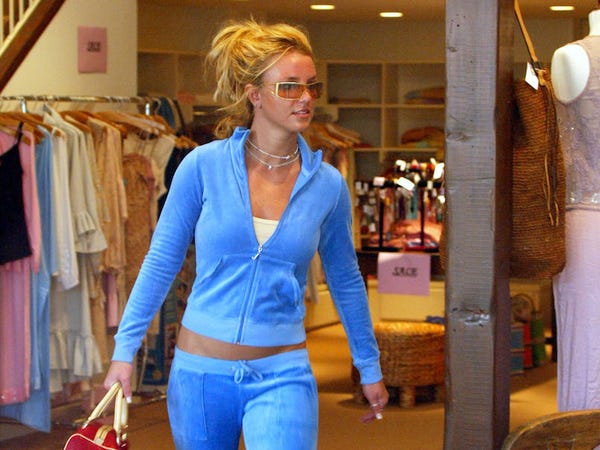 Jamie Spears was granted oversight of her estate and health, which involves everything from negotiating business opportunities to restricting visitors, while attorney Andrew Wallet was assigned to help manage her financial assets.

Wallet once called the arrangement a "hybrid business model." Newberry said this could mean that the conservatorship has helped Britney Spears seal business deals she wouldn't have gotten otherwise.

In 2019, Jamie Spears requested to extend his daughter's conservatorship to more than 10 states, including Hawaii, Florida, and Louisiana, Newberry reported.

The exact details of the arrangement aren't known, but all of Spears' financial decisions must be documented in court reports. 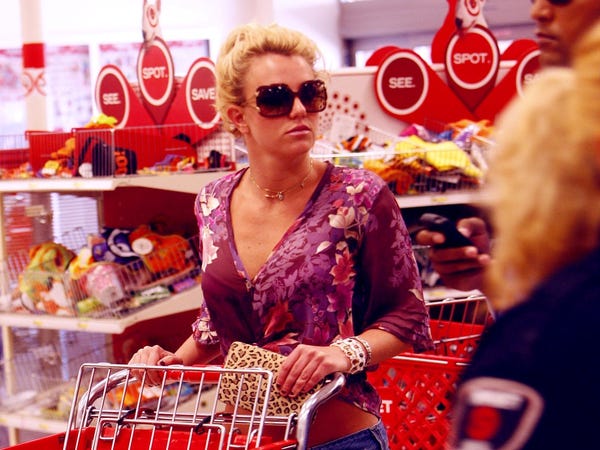 She also spent $1.1 million on her legal and conservator fees that year. Her father took home $128,000 of that, according to the documents cited by ET.

The conservatorship is intended not only to prevent Spears from making poor financial and business decisions but also to protect her from potentially toxic people. Spears was granted a restraining order against Sam Lutfi in 2009 and 2019. He was accused of saying he was her former manager and being a bad influence during her mental breakdowns, CNN reported, citing a court filing.

The pop star's lawyers accused Lutfi of attempting to "insinuate himself into Ms. Spears' life with disastrous results for her," Lisa Respers France reported for CNN, citing court filings. He was also accused of sending her mom disparaging texts to disrupt the conservatorship.

The most recent restraining order says Lutfi must stay at least 200 yards away from Spears and can't make "disparaging public statements" about her, her family, her conservator, or her current manager, according to CNN. 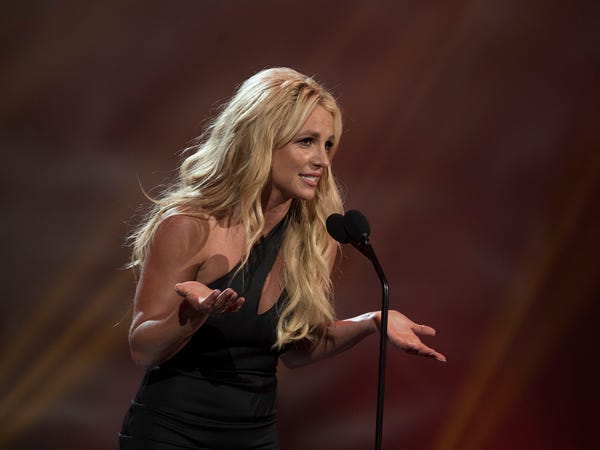 A fan site began the #FreeBritney campaign in 2009 as a response to the conservatorship, Julia Jacobs reported for The New York Times. Even celebrities like Taryn Manning and Miley Cyrus have publicly expressed concern for Spears.

Sources close to Spears have insisted she hasn't been manipulated, saying fans don't grasp the mental-health and legal specifics behind the conservatorship. 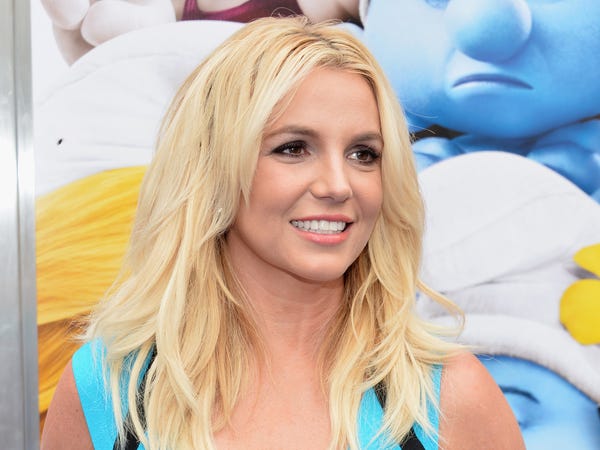 Newberry said she found no "independent evidence" that the conservatorship was harming Spears. The singer's attorney Stanton Stein told Newberry that Spears was involved in all career and business decisions. Two anonymous sources also told Chloe Melas of CNN that Spears had more control over her life than it appears.

"The conservatorship is not a jail," Larry Rudolph, Spears' manager, told Emily Yahr of The Washington Post. "It helps Britney make business decisions and manage her life in ways she can't do on her own right now."

And Spears has remained incredibly active in her career since her conservatorship was implemented. 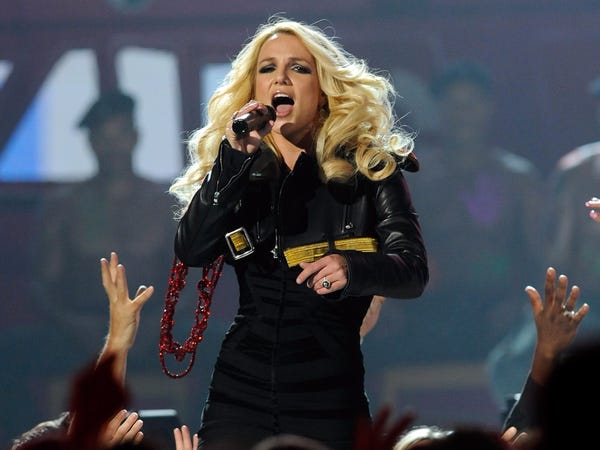 During this time, Spears also launched clothing and perfume lines, landed a luxury fashion campaign, and served as a judge on "The X Factor."

But in the beginning of 2019, Spears took a step back from her career to check into a mental-health facility, which prompted the #FreeBritney supporters to express concern yet again. 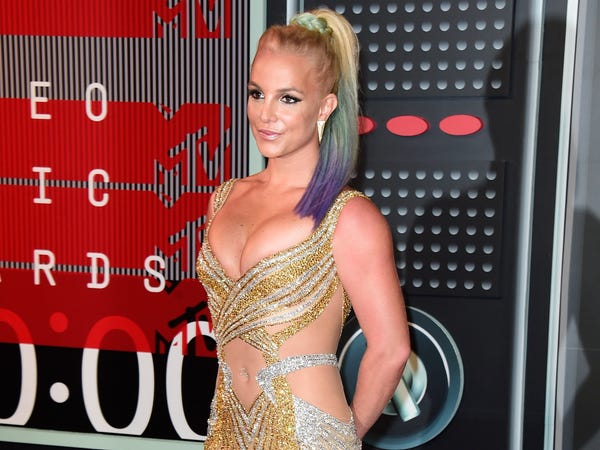 Spears had put her new Las Vegas residency, "Domination," on hold to focus on her mental health.

In April, a fan podcast called "Britney's Gram" released a voicemail from an anonymous source who said he was a former paralegal involved with the conservatorship. He said Spears was forced to go to the mental-health facility. The podcast hosts told Yahr they verified the source's employment but didn't give specifics.

But a source close to Spears told Melas that she checked in to the mental-health facility voluntarily to deal with the serious health issues her father was facing and because her medication stopped working. And Newberry reported that three weeks after she checked in, Spears wrote on Instagram, "Don't believe everything you read and hear."

Around this time, Spears' lawyer resigned as co-conservator but didn't give a reason for his resignation. This left Jamie Spears as the sole conservator. 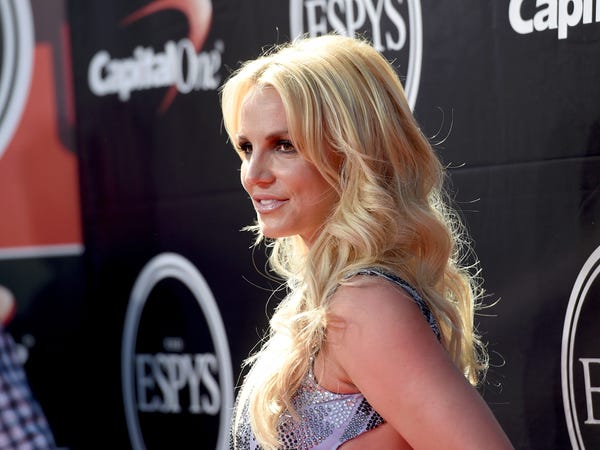 Wallet has said he has prevented "the many hundreds" of people working with Spears from giving her drugs, saving her from a financial crisis. The resignation might be a sign that he disagreed with Spears' father on the conservatorship terms, a lawyer whom Spears once spoke with about contesting the conservatorship told Newberry.

During a status hearing in May 2019, Spears reportedly asked the judge to consider ending the conservatorship. 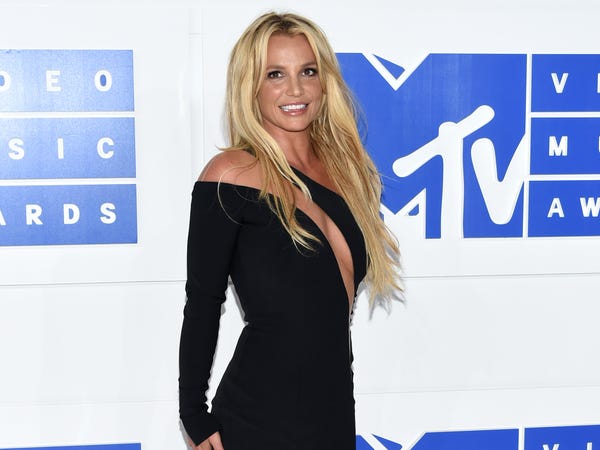 A source close to Spears told Melas this was nothing new: "Of course she wants it to end, because she's not of the right mental state to understand her issues."

A lawyer who said he represented Spears tried to end her conservatorship in 2009 but was denied by the judge, Yahr reported, adding that Spears' conservatorship terms wouldn't have allowed her to hire him.

After the May hearing, Rudolph, Spears' manager, said he wasn't "sure if or when she will ever want to work again."

In a second hearing in September 2019, Jamie Spears asked to be temporarily removed as a conservator. The role was then appointed to Britney Spears' care manager. 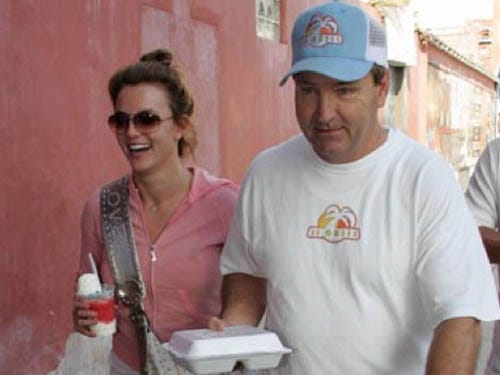 TMZ reported that Jamie Spears filed paperwork to temporarily step down as conservator so he could focus on his health.

However, the move came after Jamie Spears was accused of having an altercation with Spears' son Sean, Kat Tenbarge reported for Insider. The singer's ex-husband and the father of her two children, Kevin Federline, filed a police report that led to a child-abuse investigation. Charges weren't filed, but the children were granted a restraining order against Jamie Spears, according to People.

The judge allowed Jamie Spears to step down from his conservator role over his daughter's personal life but not her financial life. Jodi Montgomery, Britney Spears' "care manager," was appointed as temporary conservator at Jamie's request, according to People.

Jamie Spears received another court win that year after suing the Absolute Britney blogger Anthony Elia, a source of the #FreeBritney movement, accusing him of spreading false and defamatory information. 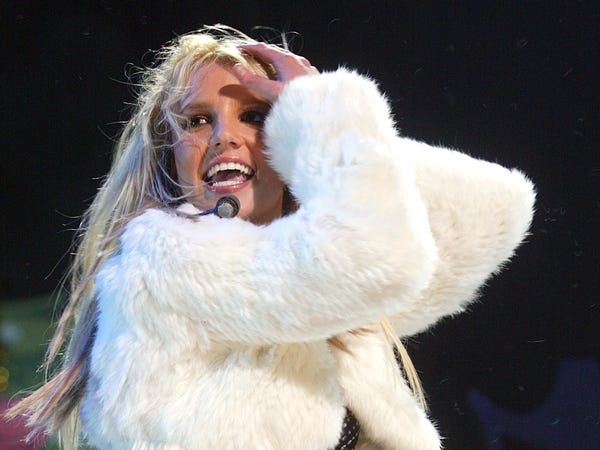 Jamie Spears alleged that Elia falsely suggested that Jamie and his team were using social media to hurt his daughter's image and making it seem that Britney was unstable and needed a conservatorship, Cori Robinson reported for Above The Law. Jamie Spears said the suggestions sparked several death threats against those involved in the conservatorship, Above The Law reported.

Spears' mother, Lynne Spears, made attempts in 2019 to get involved in the conservatorship. She's also reportedly engaged with the #FreeBritney movement. 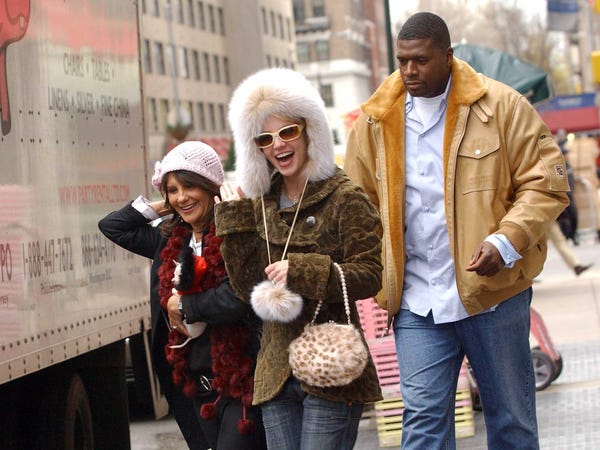 Lynne Spears, who is divorced from Jamie, filed a legal motion in 2019 to be involved in the conservatorship process — she wanted to stay informed and have a say on her daughter's medical issues, Melas reported, citing court filings. She was present at Britney's court hearings that year, TMZ reported.

Lynne Spears was also spotted "liking" comments on Instagram about the #FreeBritney movement, Yahr wrote. And when fans noticed that positive comments were being deleted from Britney Spears' social-media accounts, Lynne responded to an Instagram post and said she also noticed the comments had disappeared, Guy reported.

Spears' conservatorship has already been extended twice in 2020. 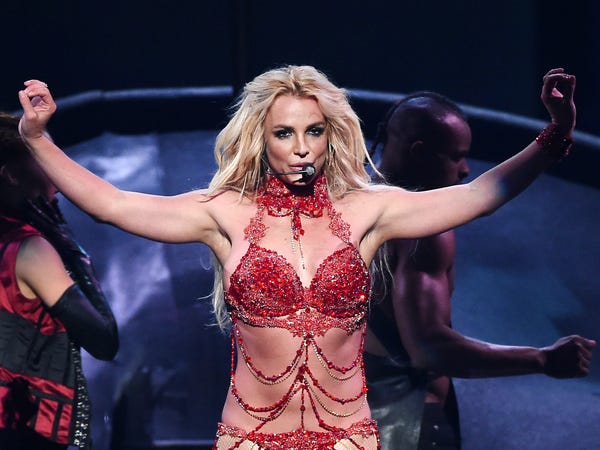 According to The Blast, which obtained new legal documents, the judge extended the conservatorship while those involved "figure out what is best" for Spears.

They decided to extend the conservatorship again until at least August 22, Entertainment Tonight's Liz Calvario reported. According to court documents obtained by ET, a hearing on the matter never took place due to the coronavirus pandemic.

The news comes around the same time Spears posted a video to her Instagram revealing that she accidentally burned down her home gym after leaving candles lit.

And the #FreeBritney movement hit the limelight yet again in July. It prompted Spears' former photographer Andrew Gallery to read a letter on TikTok that he says Spears wrote about her conservatorship. 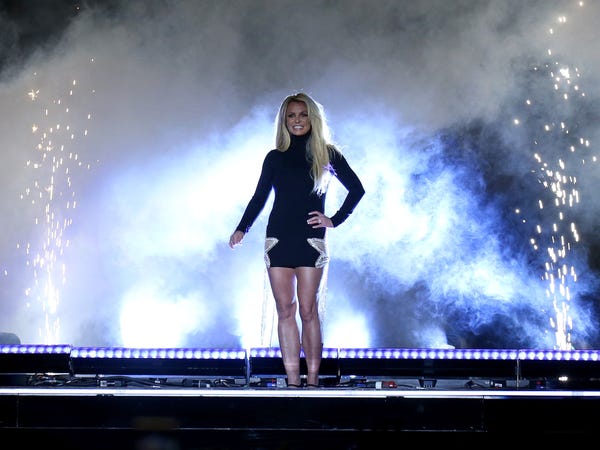 Spears wrote the letter from a third-person point of view.

"As for Kevin saying Britney divorced him, she was forced to by her lawyers because she went to visit him in NY and he wouldn't see her and the children and her lawyers said if she doesn't divorce him he's going to do it himself," reads the singer's alleged letter, in part.

Referring to the 2008 incident that resulted in her hospitalization, she allegedly wrote, "No one knows the truth. Her behavior when her children got taken away b/c of her locking herself in the bathroom is understandable considering her friend at the door kept telling her the cops are leaving don't worry stay in the bathroom."

"She was lied to and set up," the letter reads. "Her children were taken away and she did spin out of control which any mother would in those circumstances."

The Daily Mail published images of the handwritten letter in 2019.

To end the conservatorship, Spears needs to prove she doesn't need it to get through life. 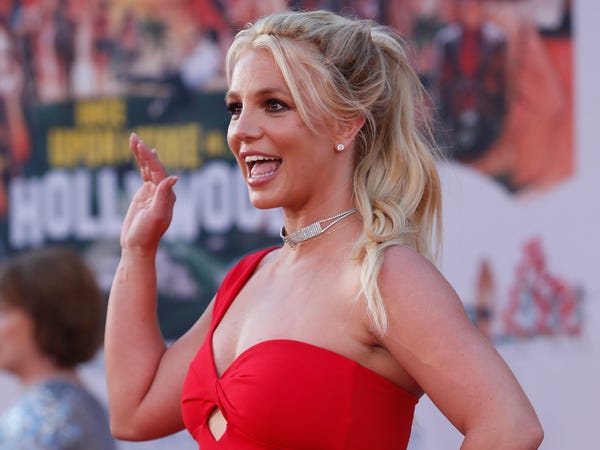 "Here we have a 37-year-old woman strong enough to be in the public eye and perform, but is supposedly not strong enough to look after her own children and her money," the pop-culture researcher Marc Brennan told Newberry.

Rudolph told Yahr that Spears' father wanted her to be free of the conservatorship. "He doesn't want this to continue forever," he said. "It's his daughter. He wants to see her happy. A functional life without any intervention like this."