Kate Middleton and other foreign royals were watched closely at the Order of the Garter today in London.

Some believed there was tension between the pair and took to Twitter to air the theory.

One wrote: “What did Letizia ever done to Kate? Last time they visited she did the same, ignored her at the State Dinner and put on a grumpy face all night. She was rude not to curtsy.” (sic)

Another said: “Watch the body language – Kate doesn’t even acknowledge Letizia,” and one wrote: “(Letizia) has done nothing wrong it’s just Kate who has been disrespectful here.”

One Twitter user was not convinced however, and wrote: “Now people are trying to say that Kate and Letizia are having some kind of tension. Come on people, Can you all be any more stupid?”

As the debate raged on, what did a body language expert have to say about it all?

Judi James said: “Kate has had a few rumoured ‘rifts’ of late and now there are claims that she’s not getting along with Queen Letizia.”

She revealed there was one very good reason that Kate did not appear friendly with Queen Letizia, at least during the carriage ride.

“A clue that all might not be as it seems in terms of any hints of slight awkwardness might come from the fact that Kate appears to dislike carriage rides because they cause her motion sickness,” Judi said.

“Her body language reflected tension during the ride at the Trooping of the Colour and this could be a similar problem for her here. 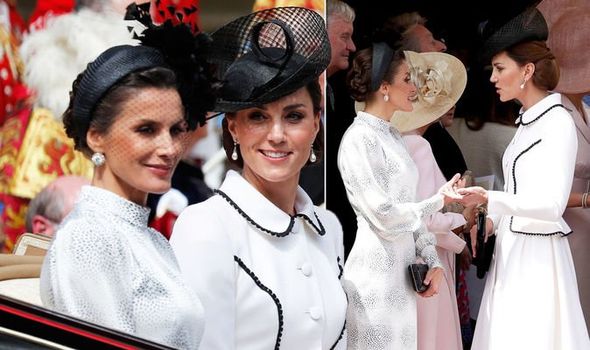 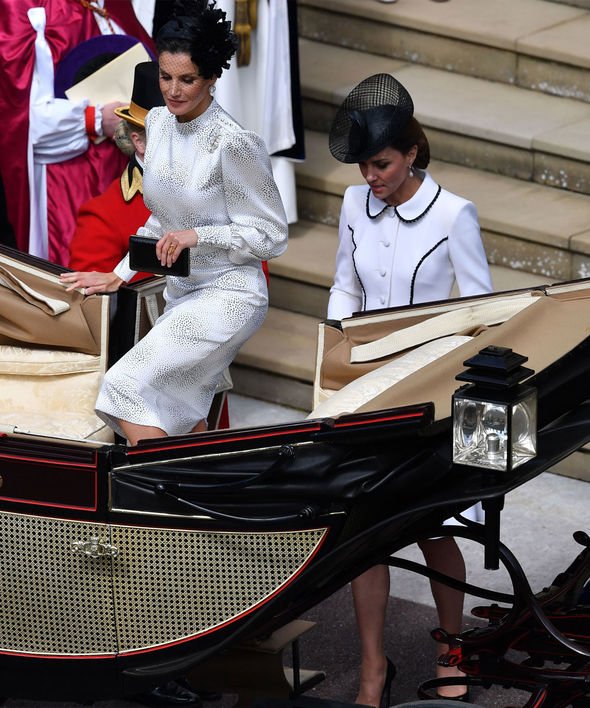 “There’s no obvious signs of close bonding in the carriage but if Kate is struggling with queasiness that’s probably not surprising. It might also account for the large spatial gap between the women as they both listen to the men talk.”

What is more, the formal nature of the event might truly be what is behind the rumours.

“While it’s true these poses don’t show two women chuckling together and showing high levels of sisterly rapport it is also true that Letizia’s super-regal-looking elegance probably means there’s no likelihood she’ll be grabbing Kate’s arm and whispering into her hear any time now.”

What is more, Kate and Letizia actually show some commonality at the event.

“Kate is standing apart from Queen Letizia here but of the line-up the two women have the most mirrored body language signals, suggesting some shared thinking in terms of royal appearances,” she said. 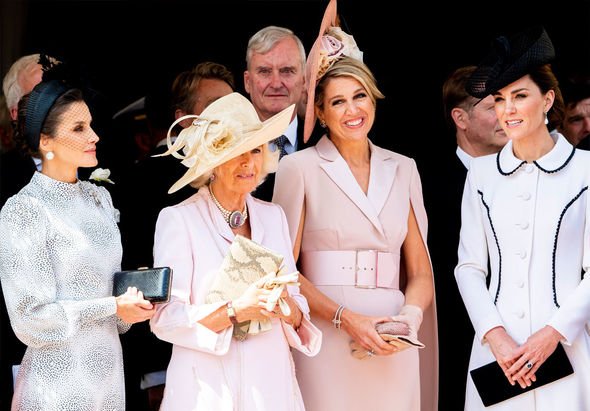 Kate Middleton wore a pair of earrings wore by Princess Diana on her wedding day to Prince Charles.

The Duchess wore a white and black look, in a coat with a Peter Pan collar.

The dress is the “Liza“ coat dress from Catherine Walker, a favourite brand of Her Royal Highness.

The website says of the piece: “A contemporary take on a ’50’s look, this coatdress in ivory wool crepe has copped jacket ‘panels’ edged in fine black lace.”