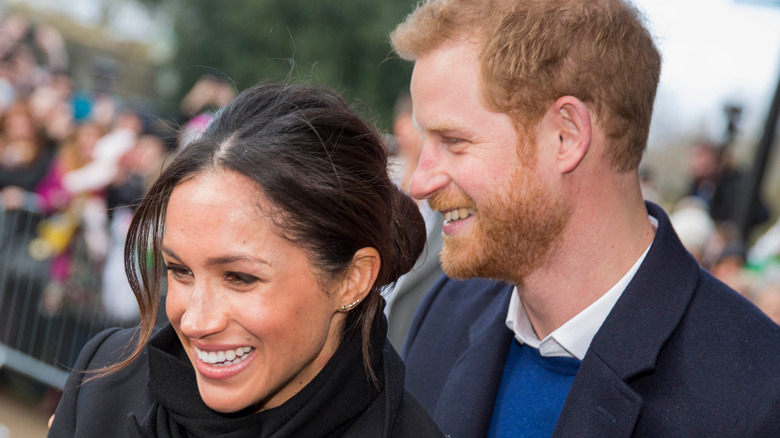 Since they first met in July 2016, Meghan Markle and Prince Harry’s love story has quickly become one of legend, inspiring two movies (“Becoming Royal” and “A Royal Romance”) with a third — “Escaping the Palace” on the way (via Entertainment Weekly).

After being set up by a mutual friend, the two were immediately smitten after their first date, according to Town & Country. “We met for a drink,” Markle recalled. “And then I think very quickly into that we said, ‘Well what are we doing tomorrow? We should meet again.'”

Harry realized that Markle was “the one” during their very first date. Not long after that, the two took off for a romantic trip to Botswana. “I managed to persuade her to come and join me in Botswana and we camped out with each other under the stars,” Harry shared. “Then we were really by ourselves, which was crucial to me to make sure that we had a chance to get to know each other.”

Even though there have been plenty of obstacles in their way — from attacks from the British press to racist remarks from the royal family — today Harry and Markle are happily married with two children, Archie and Lilibet (via CNN, CBS). 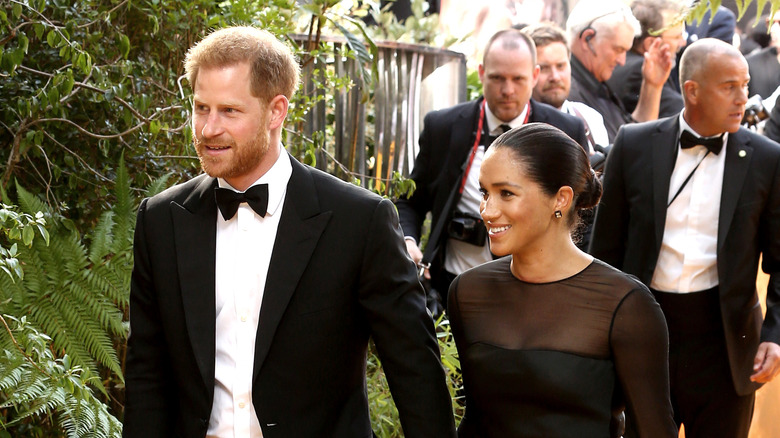 Many a celebrity relationship has begun via Instagram, so why should Harry and Markle be any different? While it’s true that Harry and Markle were set up by a friend — although reports vary as to whether it was by Violet von Westenholtz or Misha Nonoo — each of them were sure to check out the other’s Instagram profile (via Marie Claire). And, clearly, both parties liked what they saw.

Royal commentator Katie Nicholl spilled the English tea in the new Channel 5 documentary about Markle, saying “Amazingly for a royal romance, it started on Instagram.” It was then, per Nicholl, that they asked von Westenholtz for a more formal introduction. “It was Violet who really brought them together,” Nicholl said.

While Harry didn’t have a formal Instagram presence, he had what the kids today call an “alt.” His handle was @SpikeyMau5 and his avatar was not a picture of him at all, but rather a mouse-type helmet you might catch Deadmau5 wearing.

For her part, Markle’s biggest concern was about Harry’s demeanor, something you can’t always tell via a person’s Instagram profile. “I didn’t know much about him. So I only asked one question — is he nice? If he wasn’t kind it didn’t seem like it would make sense to me,” Markle shared with BBC; and it would appear that the answer was yes.