A lucky grandfather has won a stunning £2m villa in Marbella after entering a charity prize draw for £25.

But the legal consultant says ‘persistence paid off’ when he won big in the organisation’s first ever ‘Superdraw’, which offered up a property outside of the UK.

Mark’s sprawling new Spanish home – which comes mortgage-free and has had all its stamp duty and legal fees covered – is a three-story, four-bedroom luxury villa in the holiday hotspot of Marbella. 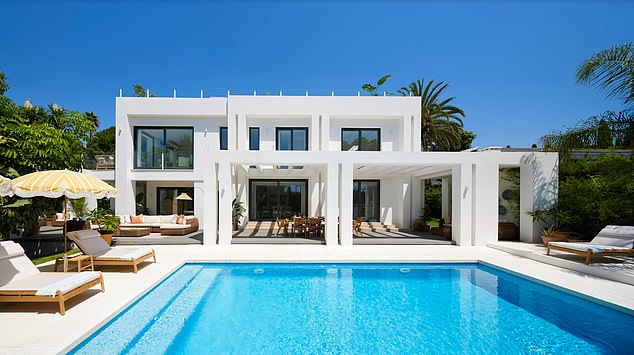 Mark won this three-story, four-bedroom luxury villa in the holiday hotspot of Marbella for £25

The lucky couple have lived in their current Devon home since 2019 with their rescue pets – Asterix, a Deerhound/Lurcher cross, Luna, a Wheaten terrier and cat Dillan.

When Mark received the life-changing news, the winner was overseas with work – meaning the Omaze team had to tell him about his win over Zoom.

Mark said: ‘I couldn’t believe it when Omaze called me to say I’d won the grand prize, I was out of the country with work so called my wife straightaway – she was even more flabbergasted than I was as she had no idea I’d even entered! 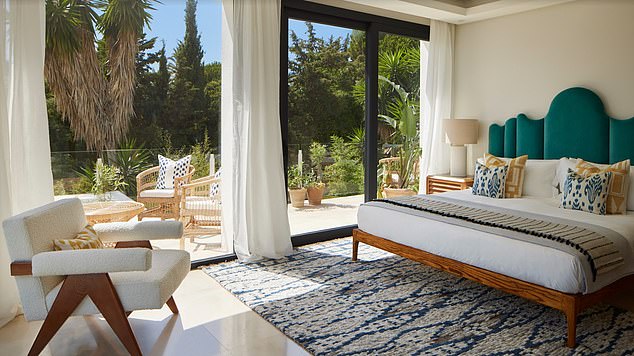 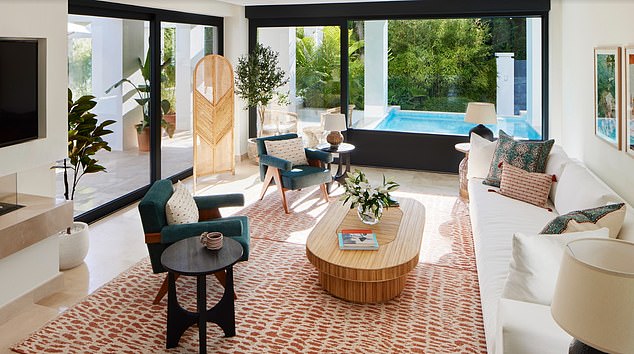 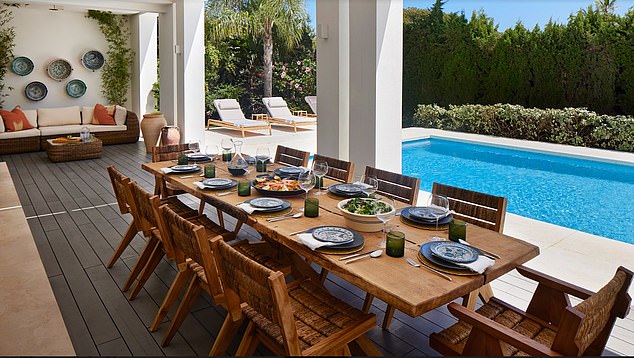 Beyond the sliding doors, the property has an al-fresco dining area set-up 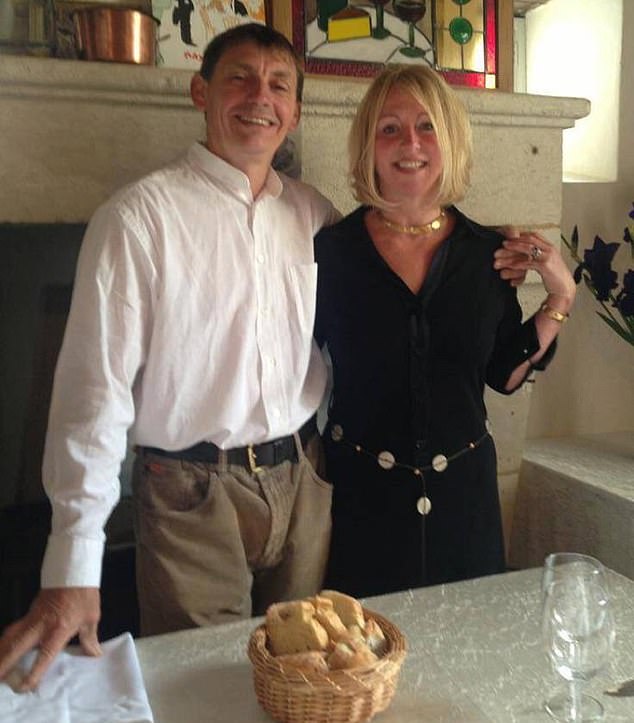 ‘I’d entered nine Omaze draws before this, so my persistence has certainly paid off – it’s tenth time lucky I guess! You never imagine you’ll end up winning, but even if you don’t win anything, you’re still helping a really good cause – such as Teenage Cancer Trust.

‘I’d never won so much as a church raffle before, so this is truly mindboggling. This win is lifechanging for the whole family, the £250,000 cash provides peace of mind in these challenging times – I’m still pinching myself.’

What’s more, Mark says he’s struggled to perfect his work-life balance over the past 25 years and says knowing he could retire tomorrow is an ‘incredible feeling’.

After getting the keys to the property, Mark and Deborah are still deciding what they want to do with it long-term – but expect they’ll enjoy some family holidays in it to begin with. 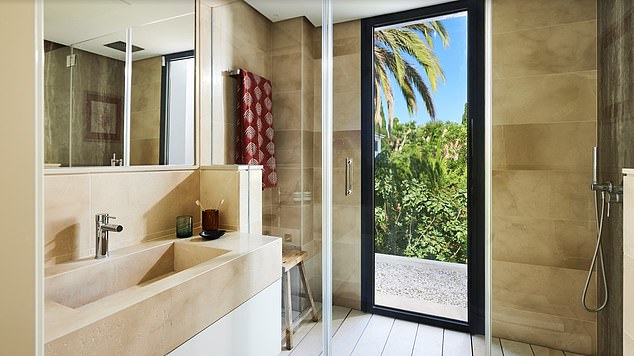 Each bedroom has its own en-suite bathroom, including this one overlooking the garden 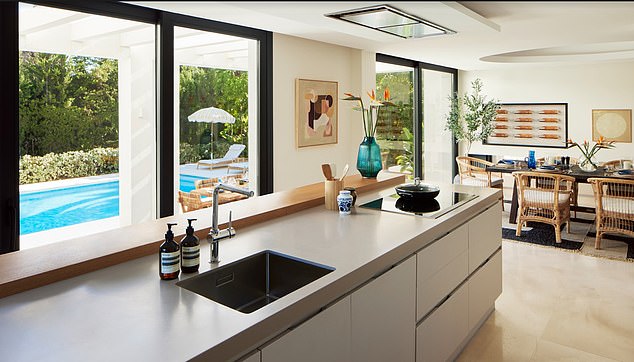 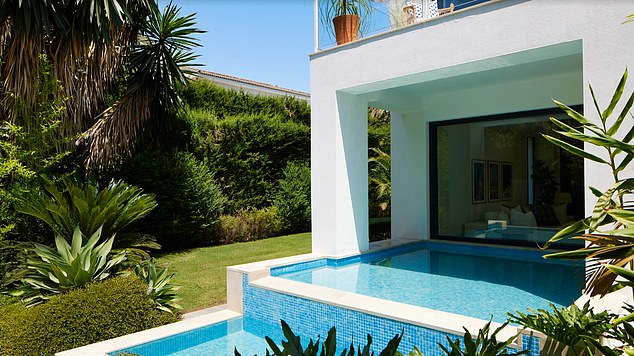 He continued: ‘The villa looks absolutely marvellous, I’m not sure what we’ll do with it yet – we’ll probably keep it for a couple of years so we can enjoy family holidays there, I’ll be dusting off my trunks as soon as I’m back!

‘I went to Spain 20 years ago for work but I have never been to Marbella – it looks lovely – I’ll have to brush up on my Spanish, but I do know how to order a cerveza!’

If the couple decide to turn it into a holiday home, local estate agents estimate that the property could bring in more than £100,000 a year from rentals – but they’re looking forward to spending time with their young grandson in the pool first.

The modern kitchen has been kitted out with granite worktops, stainless steel units and high-end Siemens equipment. 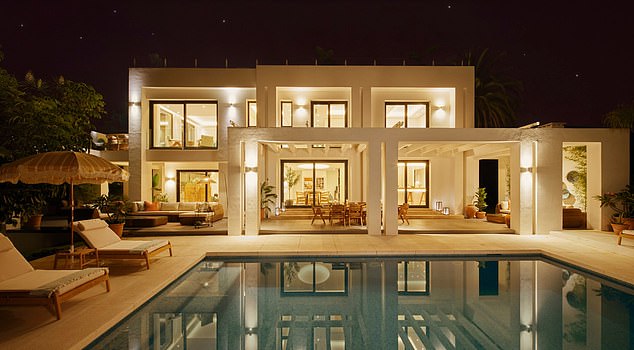 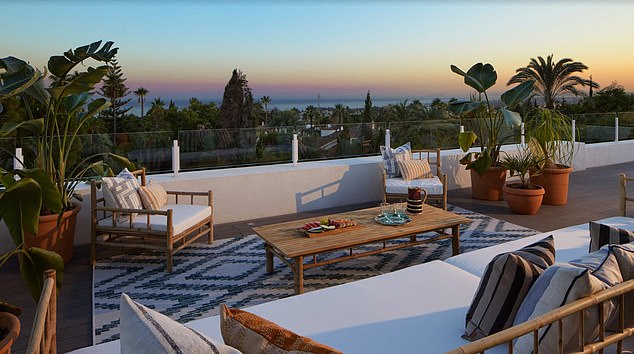 They have a separate bar area to prepare sundown cocktails and glass sliding doors seamlessly connect the kitchen to the garden – which boasts its own private pool, which is surrounded by sunloungers.

The holiday home boasts four-bedrooms and bathrooms, with the main bedroom featuring its own balcony, walk-in wardrobe and a luxury en-suite bathroom with bath and rainfall shower.

A 1,722 sq ft rooftop solarium offers panoramic views of the Mediterranean Sea and the Sierra Blanca Mountain Range and is an ideal area for entertaining. There is also ample parking space for when Mark has visitors.

On top of this, the charity prize draw also raised £800,000 Teenage Cancer Trust – taking Omaze’s total raised for good causes in the UK to £8.3m.

Paul McKenzie, Director of Engagement, Teenage Cancer Trust, said: ‘The £800,000 raised is truly staggering and we can’t thank Omaze and its community enough!

‘Everything we provide to get young people with cancer through the toughest times imaginable – our specialist hospital units, nurses and youth teams – are entirely dependent on the money we’re able to fundraise.

‘So, to put it simply, without the support of Omaze and the generosity of the public, nothing we do would be possible. 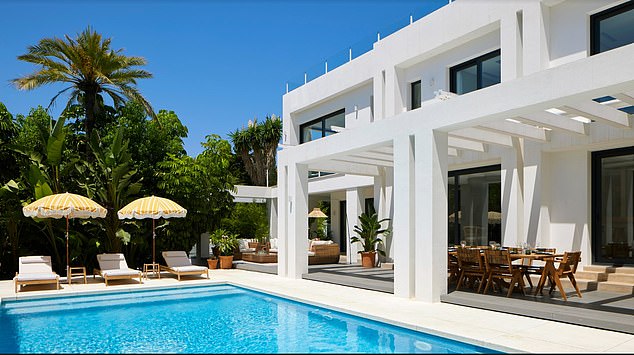 Sunloungers and chairs frame the villa’s private pool. Mark won the property after entering the prize draw for only £25 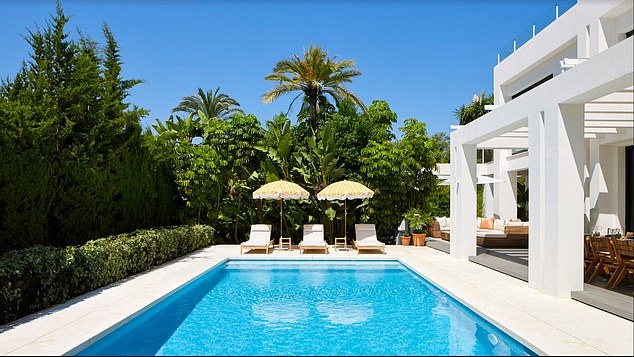 ‘In 2020 Teenage Cancer Trust was the first UK charity to partner with Omaze and the money raised by the first draw, at a time when our fundraised income dropped off a cliff due to the pandemic, was truly lifechanging.

‘Since then, Omaze has proved itself to be a fantastic way for many other charities to raise money and given millions of pounds to so many good causes. With times now tougher than ever we’re so proud to continue our work together.’

James Oakes, Chief International Officer at Omaze said: ‘We’re delighted that Mark has won his dream home – and was able to contribute to this fantastic £800,000 raise for Teenage Cancer Trust in the process.

‘Omaze is a win-win for both charities and entrants. By offering incredible prizes, like this stunning villa in Marbella, we give people the chance to win the house of their dreams, while also introducing charities to audiences they wouldn’t usually be able to reach. This method of fundraising is helping to make a big difference to good causes across the UK.’

Draw entries for the current Omaze Million-Pound House Draw, a beautiful five-bedroom farmhouse in the Lake District worth £2,500,000, are available now at www.omaze.co.uk. The draw closes on Monday December 26, 2022 for online entries and January 3, 2023 for postal entries.