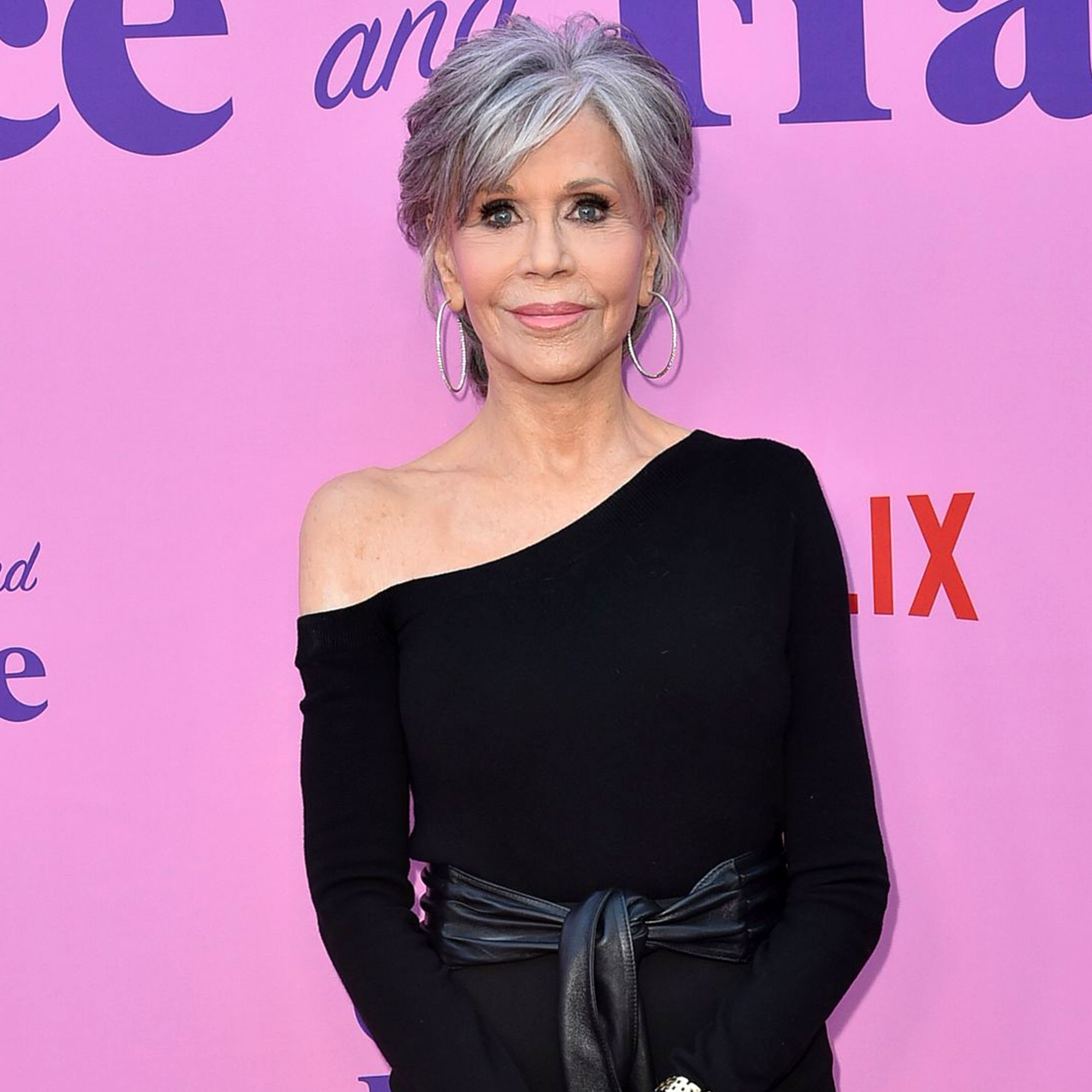 An honest admission! Jane Fonda opened up about her decision to have plastic surgery and why she’s done going under the knife.

Jane Fonda: Her Life in Pictures

In an interview with Vogue, published on Tuesday, August 2 in promotion of her H&M Move campaign, the actress, 84, spoke about aging and wanting “young people to stop being afraid about getting older.”

Fonda shared: “I think that Grace and Frankie gives people, especially women, a lot of hope. That’s why I always tell people what my age is because I want them to realize it.”

She continued: “Now as those words are coming out of my mouth, what I’m thinking with the second part of my brain is, Yeah, Fonda. You have money. You can afford a trainer. You can afford plastic surgery. You can afford facials. You can afford the things that help make you continue to look young. That is true. Money does help. ‘Good genes and a lot of money,’ as somebody once said.”

The Oscar winner asserted, however, that enhancements are not always the answer. “I’m thinking we all know a lot of women who are wealthy who’ve had all kinds of facelifts and things like that, and they look terrible,” she told Vogue, revealing she regrets her own procedure.

“I had a facelift and I stopped because I don’t want to look distorted,” the Book Club star admitted. “I’m not proud of the fact that I had [one].”

Fonda shared that while nothing is wrong with plastic surgery, the process can be addicting. “I don’t know if I had to do it over if I would do it. But I did it. I admit it, and then I just say, OK, you can get addicted. Don’t keep doing it.”

As for how Fonda keeps herself healthy, the Our Souls At Night star explained: “I stay moisturized.”

She added: “I sleep, I move, I stay out of the sun, and I have good friends who make me laugh. Laughter is a good thing to do.”

Getting a facelift isn’t the only regret Fonda has shared over the years.

In 2020, she revealed why she wishes she’d slept with Marvin Gaye when she had the chance.

During an interview with The New York Times, the Monster-in-Law star shot down the idea that Argentine revolutionary Che Guevara was the one that got away sexually. “No, I don’t think about him,” she said when Guevara’s name was brought up.

Instead, she pointed to Gaye as her missed opportunity, calling him “a great regret,” adding that “He wanted to and I didn’t.”

The New York native explained that she was married to Tom Hayden (the two were married from 1973 to 1990) at the time and therefore she walked away from the late “Ain’t No Mountain High Enough” crooner’s advances.

“I was meeting a lot of performers to try to do concerts for Tom and the woman who was helping me do that introduced me to Marvin Gaye,” she recalled.