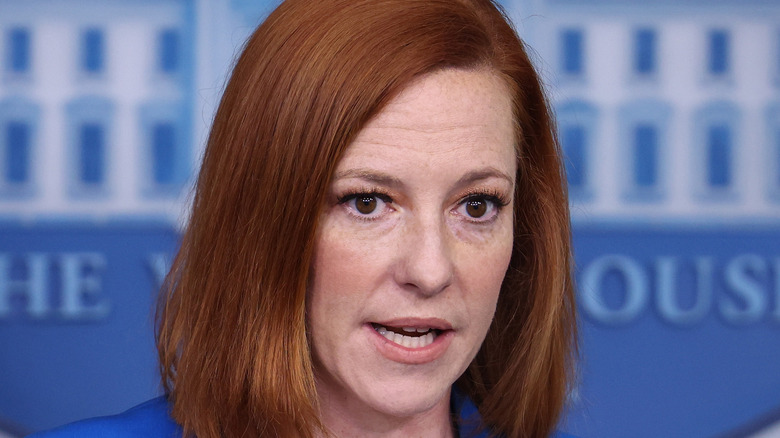 Jen Psaki became a household name in 2021 when President Joe Biden chose her as the new White House Press Secretary. She quickly became the daily voice for the new president, holding her first press conference on January 20, the first day the Biden Administration was in office (via Vox.com).

It had been months since the White House had held a press conference, so doing so on Day 1 put Psaki’s name on the map.

However, the press secretary is no stranger to the White House, presidential administrations, Washington for that matter. In fact, she was the White House Communications Director for President Barack Obama from 2015 until he left office in January 2017. She also served as a spokesperson for the State Department, according to her Georgetown University official bio. So how did Psaki get where she is today to make her a household name and does it make her a very wealthy woman?

Jen's journey to DC power player has been lucrative 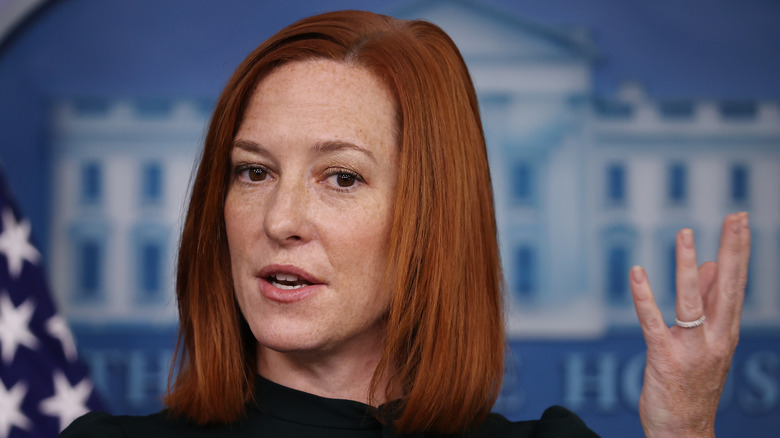 Jen Psaki hails from Stamford, CT and is the daughter of a real estate developer and a psychotherapist. She earned her degree in sociology and English at the College of William and Mary, but the political bug quickly bit and Psaki began her time in politics working for an Iowa Senate candidate and an Iowa gubernatorial candidate. She later made it big as the Deputy Press Secretary on John Kerry’s presidential campaign in 2004, according to Pop Culture.

Psaki became a seasoned press secretary also working for the Democratic National Campaign Committee but also ventured into the private sector when she became vice president and managing director of Global Strategies Group, a public relations company that assists campaigns, according to The Sun. After her time with the Obama administration ended, she also took a job as a contributor on CNN, adding to her net worth.

In fact, Psaki has already announced she will be moving on at some point in 2022 and that the Biden administration knew from the start. After all, she’s been a very busy woman for a very long time and after a year as President Biden’s press secretary, she plans to spend more time with her family, according to Business Insider.

Although her press secretary job only pays about $183,000, all the years of hard work have paid off for Psaki as her total net worth is estimated at about $2 million.