Alex Rodriguez all business in Miami amid Bennifer’s gym frolics

Jennifer Lopez and Ben Affleck’s public comeback romance was in the works before he was spotted in her Escalade last month.

Sources told Page Six that the stars planned to announce their reunion in a more tightly controlled way before pics emerged of Affleck riding solo in Lopez’s car to allegedly visit her home. But the paparazzi shots of Affleck stealthily dropping off his car at the Hotel Bel-Air and then traveling to JLo’s nearby home beat them to the punch.

“He stayed at her house [in April], and she was planning to make an announcement that they are back together on Instagram. It’s all about timing with her,” a source told Page Six.

The alleged couple has yet to officially announce that they’re back together — but they continue to drop hints that Bennifer 2.0 is in full swing, with getaways to Montana and Miami. 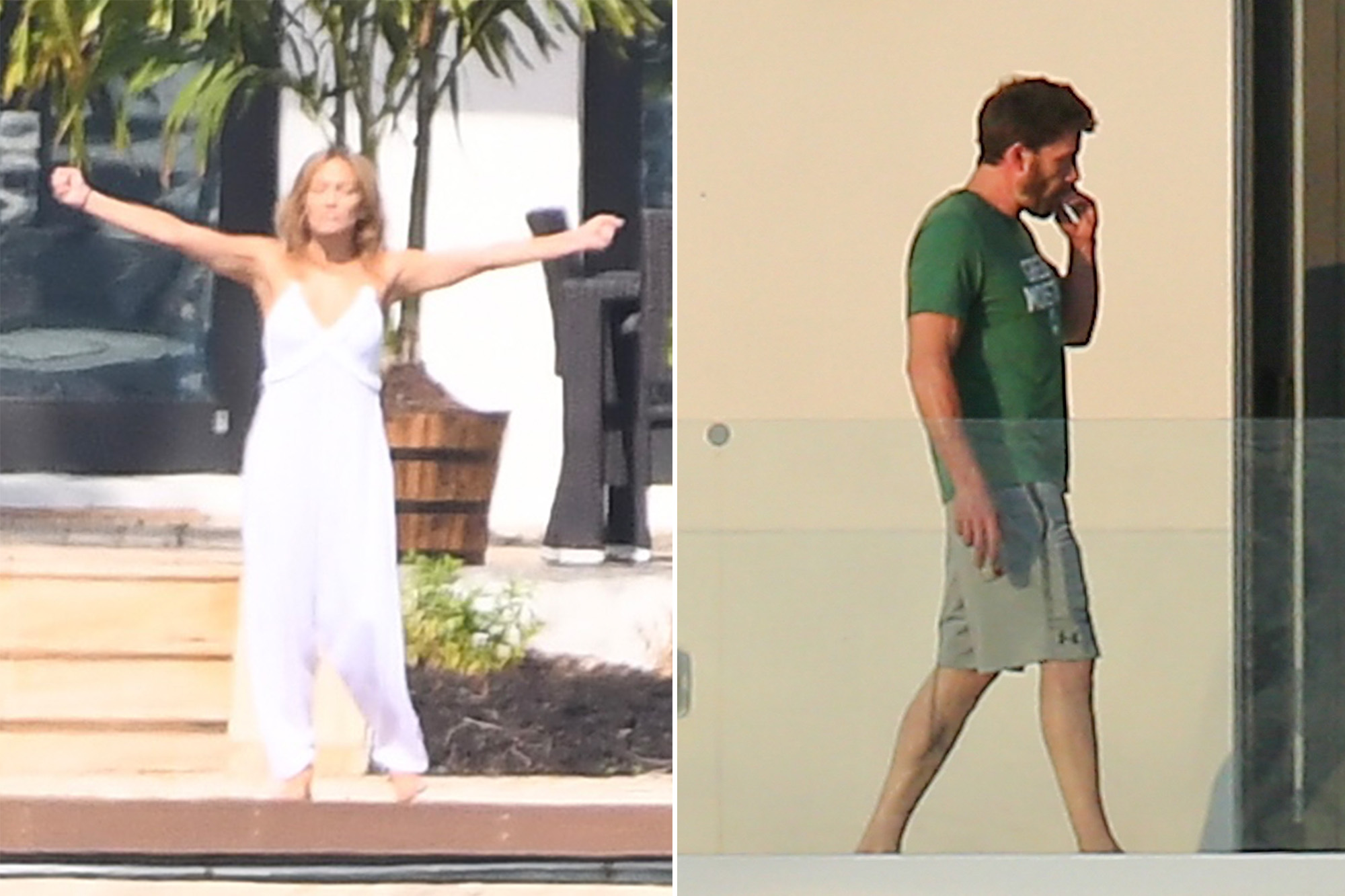 They were recently snapped together at a Miami rental property. JLo appeared to be meditating on the waterfront, while Affleck was puffing on a cigarette. Additionally, they’ve been spotted hitting the gym together, and even allegedly smooching between sets.

Still, some insiders remain mystified as to just how serious they are. One source told us, “These are people who don’t like to be alone, and she really likes him. They have a long history there.”

Lopez cryptically gave fans the impression that she’s back with Affleck — when she reportedly liked a post from life coach Jay Shetty about “finally being loved effortlessly.” The “If You Had My Love” songstress clearly wants to keep us guessing. Instagram account Deux Moi pointed out she quickly removed the like.

The duo first started dating in 2002, and got engaged shortly thereafter. But they called off their wedding in 2003 and broke up the next year. The renewed relationship with Affleck comes on the heels of Lopez’s breakup with fiancé Alex Rodriguez.