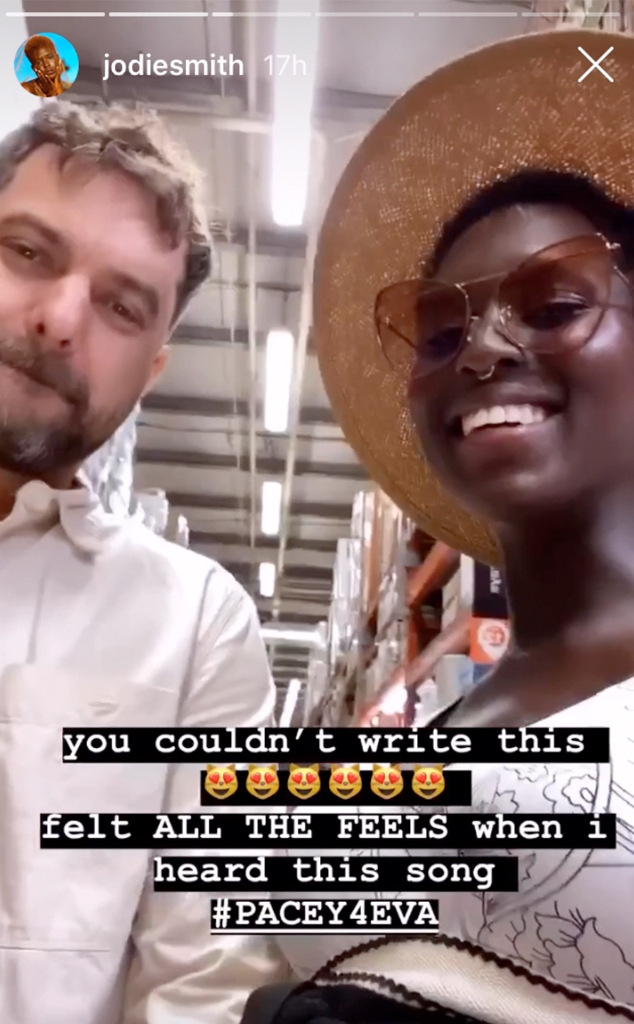 Luckily, the 33-year-old actress documented the whole thing via Instagram Stories on Monday.

As fans are well aware, Jackson played Pacey Witter on the TV series. So when Paula Cole‘s “I Don’t Want to Wait” started blasting in the aisles, Turner-Smith started cracking up and mouthing the words.

“You couldn’t write this,” Turner-Smith captioned the clip, “Felt ALL THE FEELS when I heard this song. #PACEY4EVA.”

However, Jackson didn’t seem as thrilled.

“Is there something amusing you, babe?” the 41-year-old actor asked.

It should come as no surprise that Turner-Smith knew the words. After all, the Queen & Slim star told W Magazine Pacey was her first crush when she was a “very young teenager.”

Fast-forward a few decades later and that crush has turned into a full-fledged relationship. Jackson and Turner-Smith sparked romance rumors in 2018. There was then speculation that the two had tied the knot after reports spread that the two had obtained a marriage license in August 2019. Just a few months later, the celebrities were spotted wearing rings on their left hands at AFI Fest in Los Angeles. Then, in December, Us Weekly reported the two were not only married but also expecting their first child.

“I haven’t said to anybody, ‘Yeah, we got married’,” she told The Sunday Times in an interview published in January, with the newspaper then noting she’s seven-months pregnant . “People are assuming whatever they want, but when people tell me ‘Congratulations’, I say ‘Thank you.'” 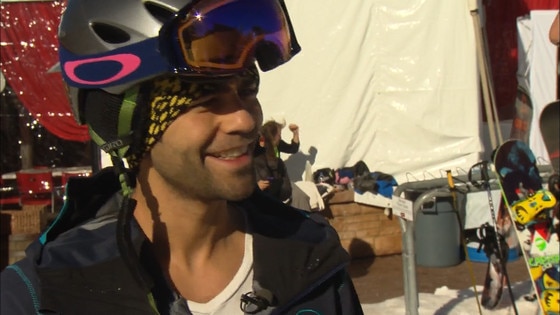 So, who’s going to now listen to the theme song on repeat?