Scheana Shay claims she was in a ‘throuple’ with John Mayer, ‘Hills’ alum Stacie Adams

John Mayer joined TikTok Monday — and quickly found out how much bad blood there is between him and Taylor Swifts fans.

The 43-year-old rocker got roasted by furious Swifties, who flooded his posts with comments denouncing him for loving and leaving Swift in 2009, when he was 32 and she was 13 years younger.

“John don’t you think 19 was too young?” one person wrote.

Another comment, which received over 30,000 likes, said: “You’re not safe here John.”

The anger flowed even though the “Your Body is a Wonderland” singer only posted a video with an innocuous, dad-style joke, in which he pretended he didn’t know how to “flip the camera” on his smartphone.

Several fans even quoted lyrics from Swift’s 2010 song, “Dear John,” which she admittedly wrote about Mayer following their split.

At the time, Mayer told Rolling Stone he had been “really humiliated” by the song.

Some of the lyrics in the track said, “Dear John, I see it all now that you’re gone / Don’t you think I was too young to be messed with? / The girl in the dress, cried the whole way home, I should’ve known.” 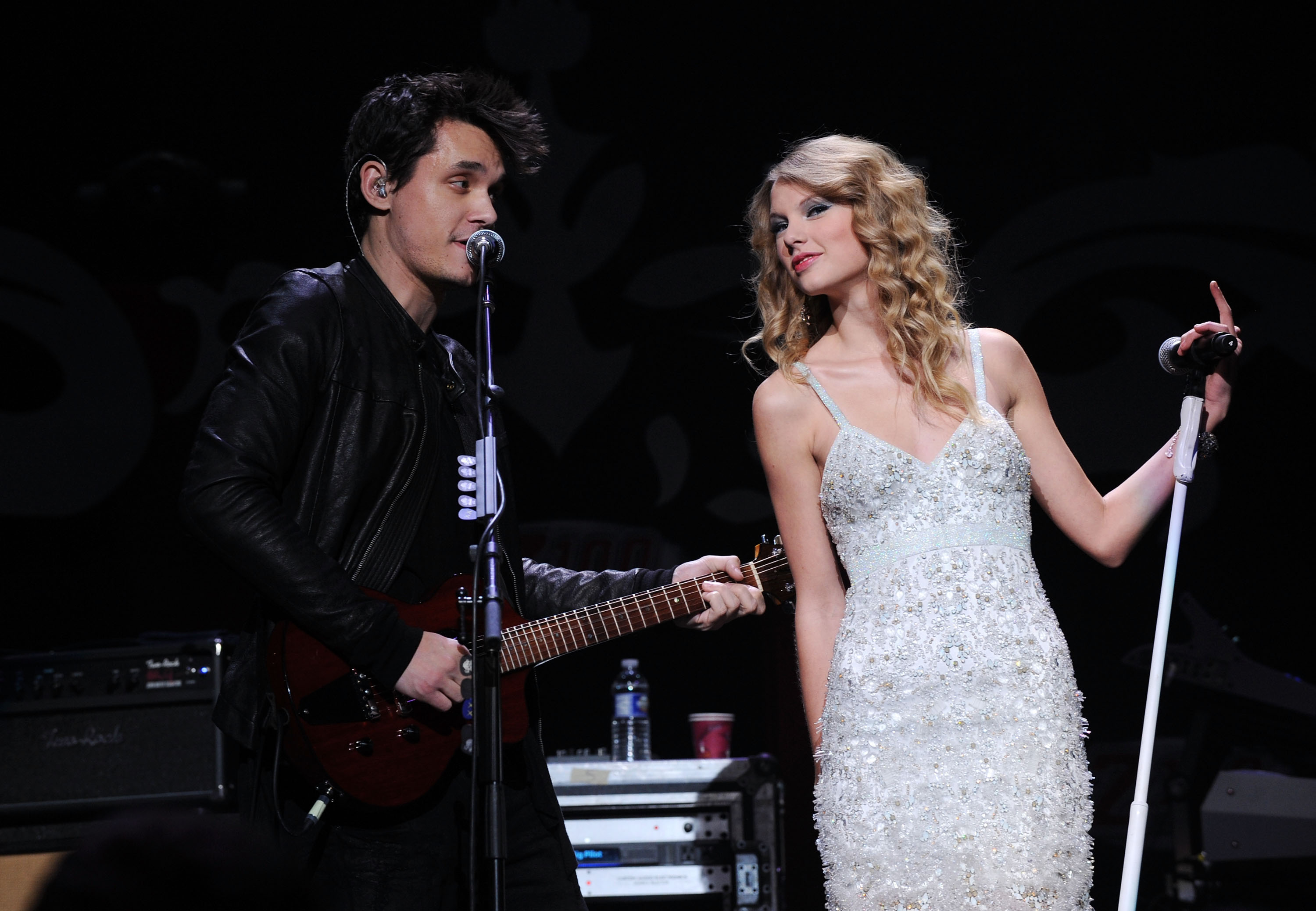 Later on Monday, Mayer posted a second video of himself on TikTok nodding in agreement, seemingly acknowledging the Swifties’ comments.

The comments on that post were similar to his first video, with the top remark saying, “hello mr old man victim complex.”

Another person wrote, “The girl in the dress cried the whole way home John. Think about that” — again quoting Swift’s “Dear John” lyrics.

In a third video, Mayer sang along to a made-up song that said, “That was a weird day.” He captioned it, “More fun tomorrow.”

A rep for Mayer did not immediately return our request for comment.

Although she puts her love life out there, Swift, 31, doesn’t think it’s grounds for “slut shaming.” She recently called out the Netflix series, “Ginny & Georgia,” after one of the characters on the show said, “You go through men faster than Taylor Swift.”

The “Love Story” singer tweeted, “Hey Ginny & Georgia, 2010 called and it wants its lazy, deeply sexist joke back. How about we stop degrading hard working women by defining this horse s–t as FuNnY.”