John Mulaney’s estranged wife, Anna Marie Tendler, has made her first public appearance since their breakup.

The artist showed some of her work at The Other Art Fair Los Angeles at the Barker Hangar in Santa Monica, Calif., Thursday and even posed for photos with “The Other Two” star Molly Shannon.

Tendler, who posed for photos at the art show, looked etherial in her mother’s wedding dress from 1978, which she paired with a brown Gucci belt. Her long hair was semi-pulled back with the rest draping down.

Page Six reported earlier this month that Tendler has been exhibiting her artwork in LA — where she moved following her split from the “Big Mouth” voice actor — and is appearing to give some insight into her state of mind.

Her photographs, titled “Rooms in the First House,” are described on her website as “a portrait project exploring the multitudinous versions of self confined within one body.”

One haunting image in the series, named “Dinner in March,” shows Tendler dressed in a white gown looking longingly across a candlelit table at an empty chair, with untouched food placed on the table.

Another image shows her sitting alone on the edge of a bed gazing into the distance. 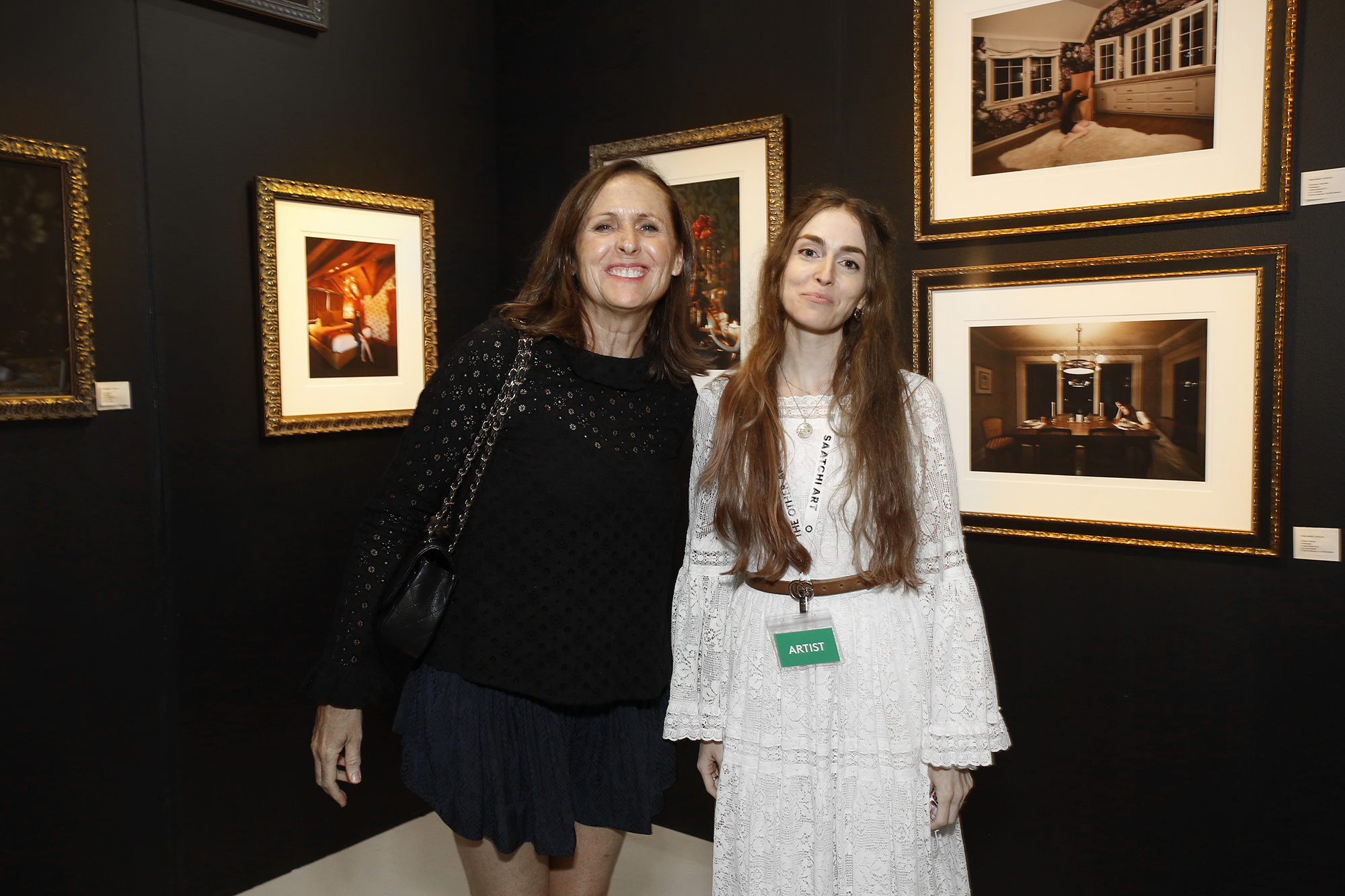 Mulaney, 39, filed for divorce from Tendler, 36, in July after six years of marriage.

Page Six exclusively broke the news in May that Mulaney had asked her for a divorce in February after he completed a 60-day stay in rehab.

“I am heartbroken that John has decided to end our marriage,” Tendler shared through her spokesperson at the time. “I wish him support and success as he continues his recovery.”