Josh and Lauren Swickard team up once again for the sequel ‘A California Christmas: City Lights.’ HL spoke EXCLUSIVELY with the couple about filming just after the birth of their daughter, a third film, and more.

The next chapter of Callie and Joseph’s story is told in A California Christmas: City Lights, which is now on Netflix. Real-life husband and wife Josh and Lauren Swickard team up onscreen once again for the highly-anticipated sequel. This time around, Joseph and Callie head to San Francisco, where their relationship is tested once again.

HollywoodLife spoke EXCLUSIVELY with the couple about continuing the California Christmas story. Lauren, who also wrote the sequel, admits she didn’t initially have an idea in mind story-wise for a second film when the first movie was in development. 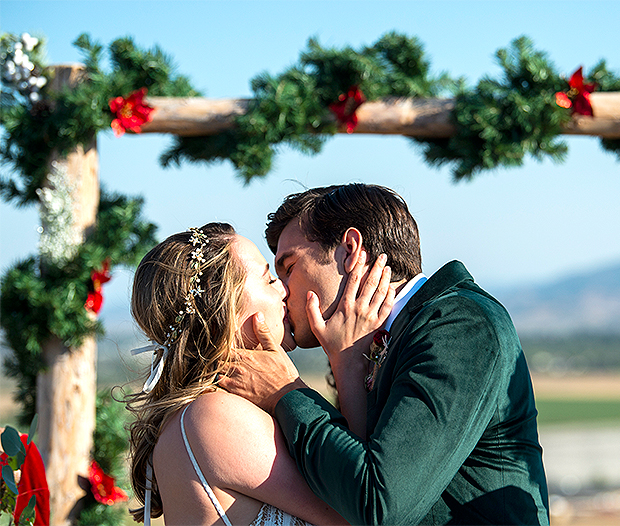 “I did not have a sequel in mind at all whatsoever when I was writing the first movie, which introduced me to some difficulty when it came time to write the second one,” Lauren told HollywoodLife. “But I feel we have a great storyline. The plot wrote itself once we came up with the concept, right? And yeah, no hints that we are going to get a sequel until after it did so well.”

Lauren noted that “the theme of the movie is change is inevitable. And as a person that feels change is tough in general, it was really fun to explore that theme of change for Callie. I guess in the first movie, Callie had change of heart because she fell in love, but now she’s thrown into a whole different lifestyle.”

Now that the second one is out, would the couple be down for a third movie? “We would love that,” Josh said. “There’s nothing written in pen. There might be some things in pencil, but we cannot confirm that anything would happen after the second one. But if that’s the way the cookie crumbles, we would love that.”

In between the first and second films, Josh and Lauren welcomed their baby girl, Savannah. When City Lights started filming, it had only been a handful of weeks since Lauren had given birth. She gushed that Josh was the “most amazing partner” during the whole filming process.

“Honestly, it was easier than I thought it would be and harder than I thought it would be all at the same time,” Lauren said about coming back to work after giving birth. “She was only about two months old, so my body was still recovering. That made it tough to film and to stand for 14 hours a day and run and gun. We wouldn’t have been able to do without both of our parents. My mom started out for a few weeks, and then his mom came to finish. She [Savannah] was on set with us in the trailer, sleeping in hotel rooms. She was just a champ. And now I feel like she’s so just conditioned to adapt to whatever we throw at her that she’ll be fine.” 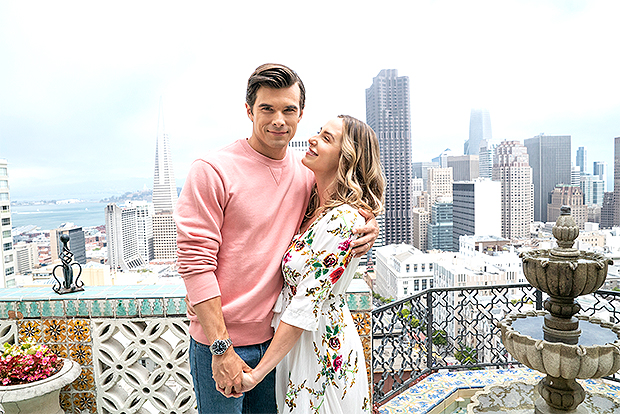 Josh added, “I feel like there are so many situations in life where it seems so crazy or insurmountable, and if you just put yourself in the situation to do it, you have to find a way. And that was one of those things. Obviously, she got so much more for being the one who gave birth, but it was one of those situations where we’ll find a way. Savannah, our daughter, rose to the occasion, and in every way, she was just an absolute champ. I feel like when you ask something big of adults or kids, you have to figure it out, and that’s what we did. I’m so thankful that she was such a trooper but also for the whole situation. It was pretty awesome.”