A federal judge has ruled that the U.S. Air Force is largely to blame for a former airman carrying out Texas’ worst modern mass shooting after it failed to enter the gunman’s criminal history into a federal background database, allowing him to legally purchase firearms.

U.S. District Judge Xavier Rodriguez, in a ruling signed Tuesday, concluded that the federal government is “60% responsible” for the 2017 shooting by Devin Patrick Kelley at a Sutherland Springs Baptist church and is “jointly and severally liable for the damages that may be awarded.”

The judge’s ruling is in response to survivors and victims’ families filing a civil lawsuit against the federal government over the massacre that killed 26 people.

“The evidence shows that — had the Government done its job and properly reported Kelley’s information into the background check system — it is more likely than not that Kelley would have been deterred from carrying out the Church shooting. For these reasons, the Government bears significant responsibility for the Plaintiffs’ harm,” the judge said.

Kelley, who died from a self-inflicted gunshot wound shortly after the attack, had been convicted of domestic assault against his then-wife and stepson in 2012, making him legally unable to purchase a firearm under federal law.

After his conviction by a general court-martial, he was released from the Air Force with a bad conduct discharge in 2014. He then purchased four guns, three of which he brought to the First Baptist Church on Nov. 5, 2017.

The Air Force later admitted that it did not submit his criminal history information to the FBI database, which is used to determine whether someone can legally buy a firearm. 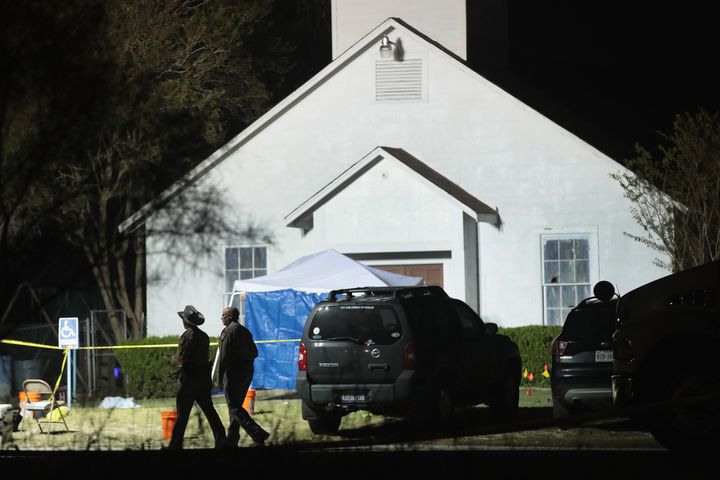 “The Court concludes that the Government failed to exercise reasonable care in its undertaking to submit criminal history to the FBI,” Rodriguez wrote in his decision.

The judge further noted that the Air Force had extensive knowledge of Kelley’s violent tendencies and that it had “explicitly recognized his threats of mass violence.” In addition to extending his pre-trial confinement because of his history of domestic violence and threats to obtain weapons, he was banned from the Holloman Air Force Base in New Mexico, where he had been serving.

“The Air Force conducted extensive mental health testing on Kelley, which revealed a significantly compromised individual,” the judge wrote. “One of the mental health tests found in the Air Force file showed that Kelley was in ‘maximum risk range’ for lack of control, violence, and stress coping. And the Air Force’s High Risk for Violence Response Team concluded that Kelley should be considered high risks for suicidal and homicidal ideation.”

With this information, “no other individual — not even Kelley’s own parents or partners — knew as much as the United States about the violence that Devin Kelley had threatened to commit and was capable of committing,” Rodriguez wrote.

Rodriguez, with his ruling, ordered that a trial plan be set within 15 days to assess monetary damages.