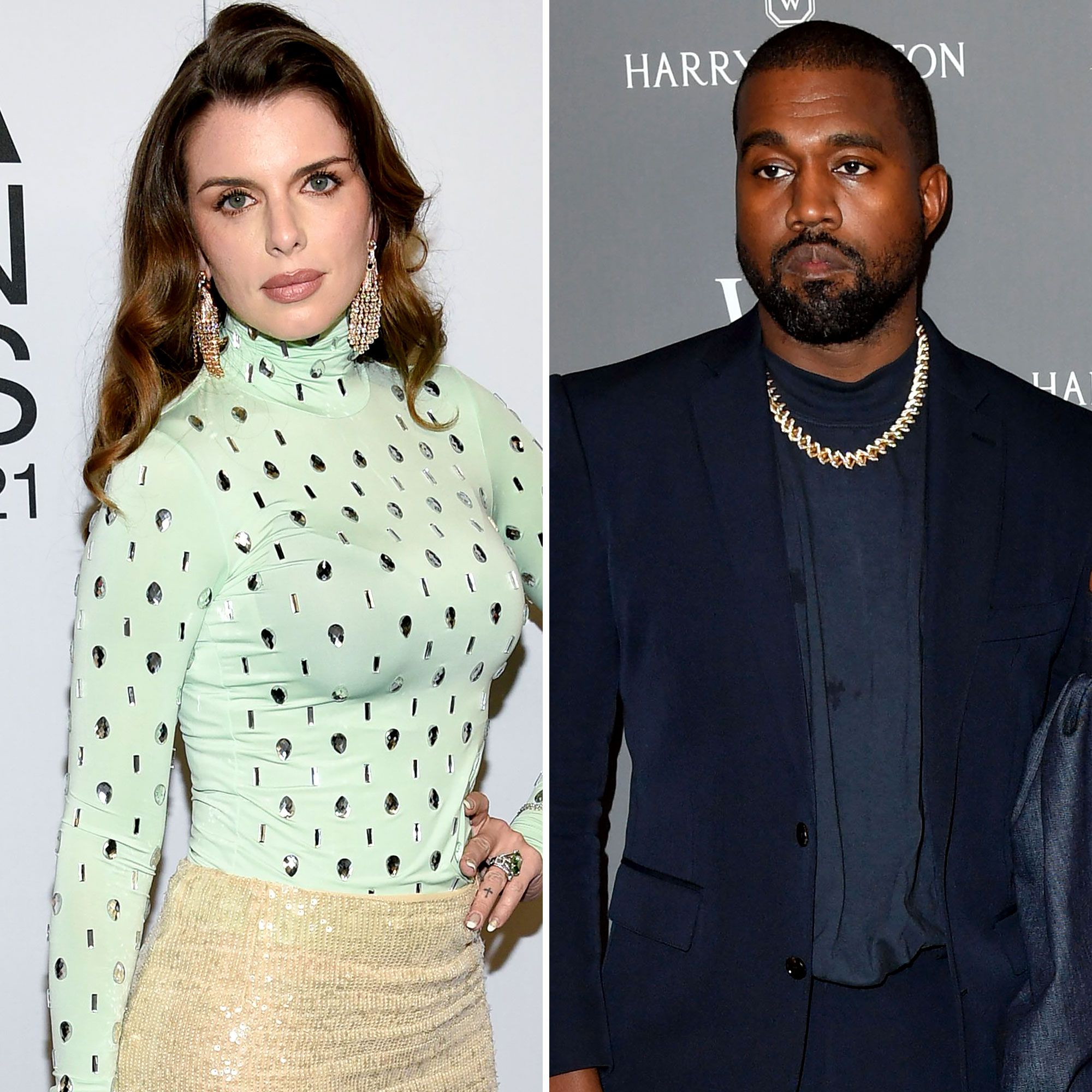 Going with the flow. Julia Fox shared her best dating advice in the midst of her whirlwind romance with Kanye West.

“The overall message is that if ur in a toxic relationship, get out of it cuz u never know who or what could be waiting on the other side,” the Uncut Gems actress, 31, told New York magazine’s The Cut in an interview published on Friday, January 7.

Before meeting the Grammy winner, 44, Fox was married to Peter Artemiev, whom she wed in 2018. Us Weekly confirmed that the pilot filed for divorce from the actress in February 2020, and the proceedings were finalized in July of that year. In January 2021, the duo welcomed son Valentino, now 11 months.

Last year, the No Sudden Move star called Artemiev a “deadbeat dad” in an Instagram Story. “This man left me with a 5 month old and a dog and a home and ALL THE BILLS. It’s wrong!!! It’s not fair,” Fox claimed in December 2021. “He 1000 percent intentionally got me pregnant, It’s a blessing. I’m happy about it. I would not change it.”

The Most Surprising Celebrity Hookups of 2021: Kim and Pete, More

Her ex, for his part, denied her accusations in a statement to Page Six, saying, “I was saddened to learn of the utterly false statements made on social media by Julia Fox, my coparent, who is clearly struggling. Out of respect for her privacy and to protect our child, I will not comment further.”

Speaking to The Cut, Fox admitted she now regrets calling out Artemiev, adding that she didn’t expect her posts to gain so much attention. “My son’s father and I had our issues and I wanted to scare him into being a better dad, but I went about it the wrong way,” she explained. “My son’s dad loves his son more than anything in the world. He just has some issues that I shouldn’t have made public.”

Fox and the “Stronger” rapper have only been linked since New Year’s Eve, but the duo have already appeared in an Interview magazine photo shoot together. In the accompanying article, the Day by Day star said she felt an “instant connection” with West after they met in Miami on December 31.

The duo later met up in New York City, where they had dinner at Carbone. After the meal, the Yeezy designer surprised Fox with a hotel room full of clothes for her to try.

“I mean, I’m still in shock,” she gushed to Interview on Thursday, January 6. “It was every girl’s dream come true. It felt like a real Cinderella moment.”

Fox told The Cut that she realizes the duo’s romance is happening “so quickly,” but she’s trying to let it develop organically. “I’m going with the universe and the flow and seeing where it takes me,” she added.