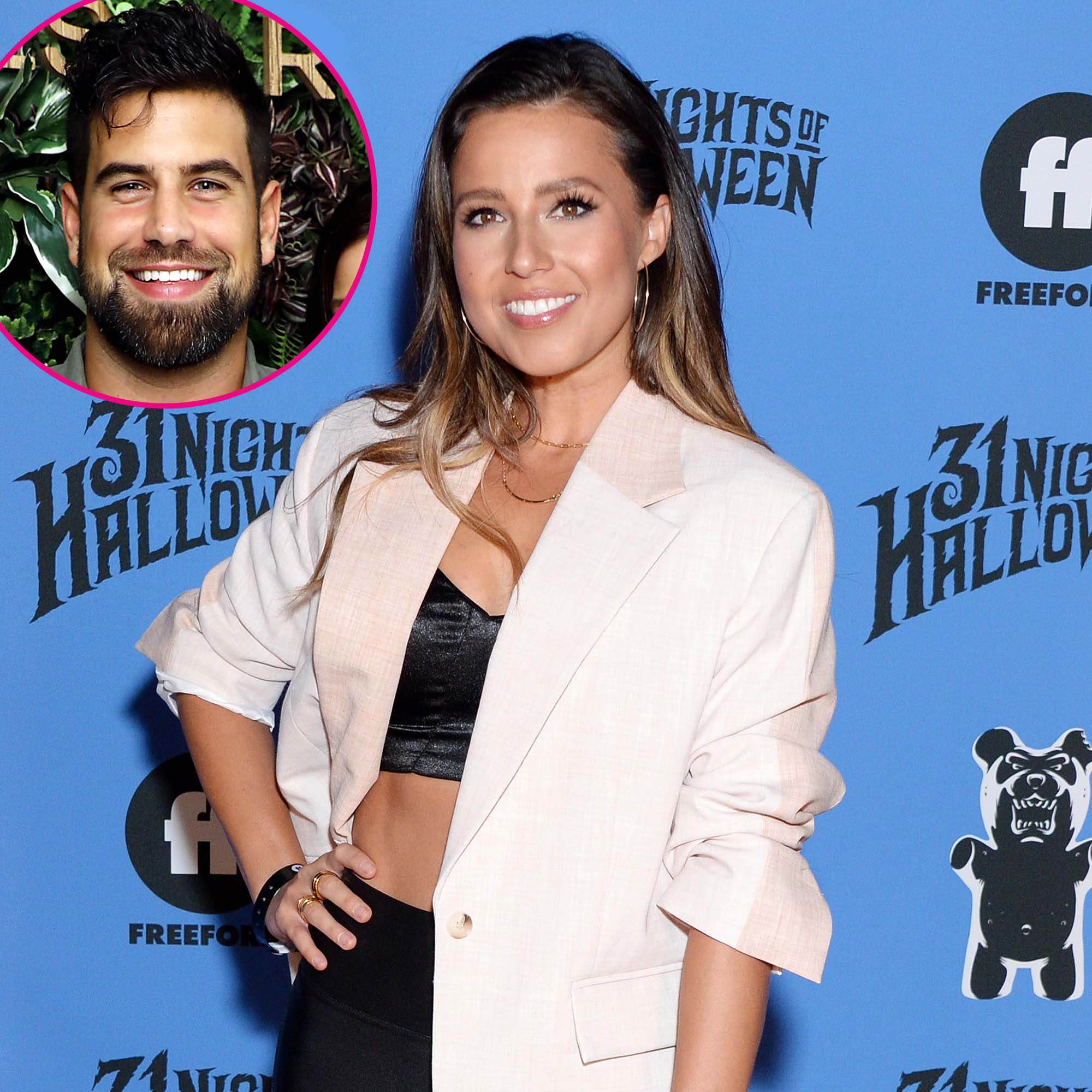 During her appearance at Whitney Cummings’ Touch Me Tour on Friday, October 22, the oval-shaped diamond was in full display as Thurston, 30, exclusively opened up to Us Weekly about making a long-distance relationship work.

“The short version is we’re figuring it out,” the season 17 Bachelorette lead told Us at the time. “We don’t know. This is very new to us still. I’m just focusing on myself. He’s focusing on him, and if we work doing that, great.”

The former bank marketing manager noted that she was “totally winging” her life as she juggled her day-to-day in San Diego while Moynes, 31, stayed in Canada in-between trips all over the world. Most recently, he was in Africa for the majority of October.

Thurston added that she was looking forward to no longer “traveling back and forth” when it came to seeing the wildlife manager.

Several days later, the duo confirmed that they had called it quits.

“It is with mutual love and respect that we have decided to go our separate ways. We are so grateful for the moments we shared together and the entire journey that has unfolded this year, but we ultimately have concluded that we are not compatible as life partners, and it is the most caring choice for both of us to move forward independently,” Thurston and Moynes captioned their individual posts via Instagram on Monday, October 25. “We ask for kindness and privacy as we both navigate this transition. Both of us will forever want the best for one another and ask you to please support us in our decision.”

Fans got to see Thurston and Moynes fall in love during season 17 of The Bachelorette, which ended with the pair walking away engaged. Following the finale, the Washington native confirmed that Moynes was her first choice out of all her contestants.

“I think everyone can agree that this is exactly who I was supposed to be with,” she said during the After the Final Rose special in August. “He fought to be here for me and chose to stay even when I’m telling him to his face that I considered leaving. That he was confident enough to hold both of us till the end, I’m just so lucky. I love him so much.”

Katie and Blake Spent Weeks Apart Before Split: Signs It Was Over

Thurston also gushed about Moynes’ decision to crash the ABC series during the fifth week of her season.

“It’s actually probably the most romantic thing someone’s ever done,” she said about Moynes, who previously appeared on Clare Crawley and Tayshia Adams‘ season of the Bachelorette in 2020. “I know you question it in the beginning. I know a lot of people did, but knowing that I could’ve turned him away and he would’ve looked dumb, he took all these risks for me and no one’s ever believed in me like that. So for him to just trust in us early on, it just means everything.”