Take a vegan break! KitKat fans go wild as Nestle confirms the launch of a plant-based version of the classic chocolate snack

Chocoholics who want to continue Veganuary and those who’ve missed their favourite treat since switching to a plant-based diet have taken to social media to rejoice at the news of a new vegan KitKat.

Switzerland’s Nestle has announced it will soon have a delicious plant-based option that ‘delivers the perfect balance between crispy wafer and smooth chocolate that people know and love’.

Although the ingredients for the new treat, set to be known as the KitKat V, haven’t been revealed, social media users have taken to Twitter to say they’re ‘looking forward’ to trying the confectionery. 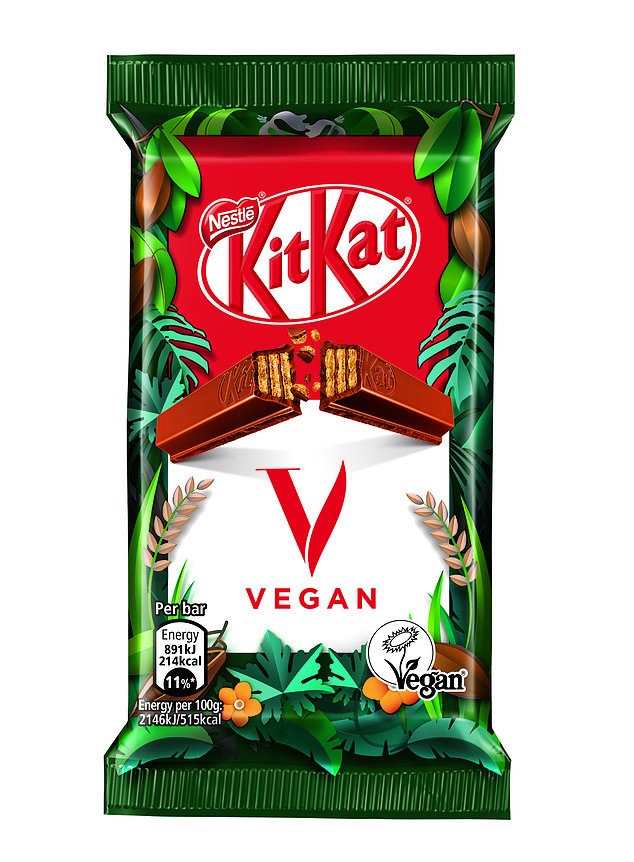 KitKat will release a vegan version (pictured) of its classic chocolate bar in ‘several countries’ around the world later this year, according to Nestle

In an announcement today, Nestle explained it’s already launched plant-based alternatives to dairy made from rice, oat, soy, coconut, pea and almonds that are found in its non-dairy ice cream, coffee creamers and other products.

The KitKat V will launch in ‘several countries across the globe’ later this year, made from 100 per cent sustainable coca and certified vegan.

As the product is tested it will only be available in the company’s boutique KitKat Chocolatory shops or online, and at select retailers.

It will be available in Britain, where the KitKat was originally developed in York, and where the research on the vegan version was done.

However it will not be on sale in the U.S., where the KitKat is produced under a licensing agreement with Hershey’s, the company said.

Nestle added it is not releasing information on other countries participating in the initial roll-out at the moment. 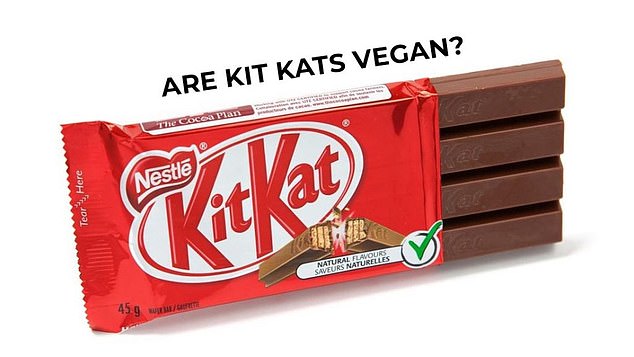 The KitKat V will be sold in select retailers and online, however it will not initially be available in the US

Alexander von Maillot, who is Head of Confectionery at Nestlé, said: ‘One of the most common requests we see on social media is for a vegan KitKat, so we’re delighted to be able to make that wish come true.

‘I can’t wait for people to be able to try this amazingly tasty new KitKat. This is a product for everyone who wants a little more plant-based in their life!’

The announcement follows the recent release of the new KitKat Zebra bar combining marbled dark and white chocolate with classic crispy wafer, as well as a range of ice-cream products.

Several social media users who are eager to try the new vegan option revealed KitKat was their favourite chocolate before embracing a plant-based lifestyle.

One person said: ‘I love KitKat and vegan KitKat is definitely something I’m looking forward to. No cruelty. Only yummy, delicious, leakable, crunchy chocolate [sic].’

‘I just heard that vegan KitKats are coming out and this is huge to me because, as we know, my last lapse before really committing to being vegan was entirely caused by a bad day and a KitKat Chunky,’ another wrote.

A stream of Twitter users have admitted they’re eager to try the treat, with many admitting they haven’t eaten chocolate since becoming vegan