Koala protection laws which prompted the Nationals threat to bring down the NSW Coalition will only affect a small portion of farmers proposing significant developments, leaving legal experts and farm leaders questioning the motivation for the move.

This week the Deputy Premier and Nationals leader John Barilaro said his party would not accept the laws because the impact on the farming industry was too great. 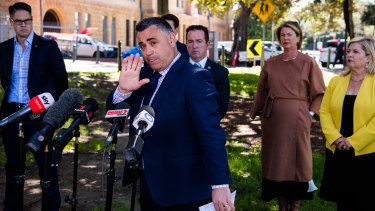 In fact, the new State Environmental Planning Policy is limited in its application and only significantly impacts development applications made to local councils.

Land clearing for agricultural activities is still permitted by the Native Vegetation Code, and routine agricultural management activities such as felling isolated paddock trees, clearing vegetation from dwellings or building fences are not impacted by the new SEPP. 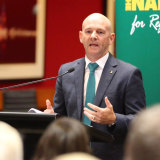 "Of course it's very difficult to talk generally as most agriculture and horticulture businesses are different. But I would be more concerned about this koala SEPP if I was a developer rather than a farmer," said Mr Blair – now a Professor of Food Sustainability at Charles Sturt University.

"To think this is the policy that could potentially give Labor and the Greens an opportunity to govern over rural NSW and farmers is an issue I don't think anyone could have foreseen, and I think a lot of people are still trying to figure out what is really at play here."

Environmental Defenders Office Head of Law Reform Rachel Walmsley said "there has been a lot of misinformation about the koala SEPP.

"This debate seems to be about a draft guideline sitting under a subordinate regulatory instrument. There is no change to the laws that currently allow the clearing of koala habitat," Ms Walmsley said.

"It’s a real head scratcher why this has blown up into such a big debate.

"The new SEPP is a minor strengthening of the existing instrument. It doesn’t actually prohibit the clearing of koala habitat, in fact no areas are off limits under NSW laws.

"The koala SEPP would apply to a farmer if they were putting in a development application to their local council to do a development. But it’s highly likely that they would have had to get that assessed under the previous SEPP anyway."

The new SEPP increases the number of tree species listed as koala habitat from 10 to 123 across the state – but regional variations apply.

SEPP regulations kick in when habitat trees are present in sufficient numbers to cause private land to be classed as core habitat. But assessments are only required when a development application is triggered under the local government’s regulations – such as a house over two stories.

"The koala is a widely distributed species and it needs different trees in different areas," said Australian National University ecologist Kara Youngentob, who contributed to the new scientific classification. "By recognising their diverse requirements we can better protect them in the different places they live."

The Koala State Environmental Planning Policy (SEPP) was legislated in March in the wake of the Black Summer bushfires, which burned so much habitat federal Environment Minister Sussan Ley warned koalas conservation status may be upgraded from vulnerable to endangered in some areas.

"The public would understand that with the koala facing extinction doing a basic assessment before a major land use change is totally reasonable," Mr Field said.

"It beggars belief that … the National Party have decided to make this their hill to die on and have chosen now to blow the issue up."

A parliamentary inquiry said in June that koalas are heading for extinction before 2050 unless there was urgent intervention to stop habitat loss.

Our weekly newsletter will deliver expert analysis of the race to the White House from our US correspondent Matthew Knott. Coming soon. Sign up now for The Sydney Morning Herald‘s newsletter here, The Age‘s here, Brisbane Times‘ here and WAtoday‘s here.