They made their own afterparty.

The foursome hit the Italian hotspot late Sunday night and were seen enjoying several delicious-looking dishes as they chatted away.

At one point, Fox, 35, Kardashian, 42, and Barker, 45, were seen intently listening as Kelly, 31, spoke, perhaps rehashing his drama that unfolded with Conor McGregor earlier in the evening. 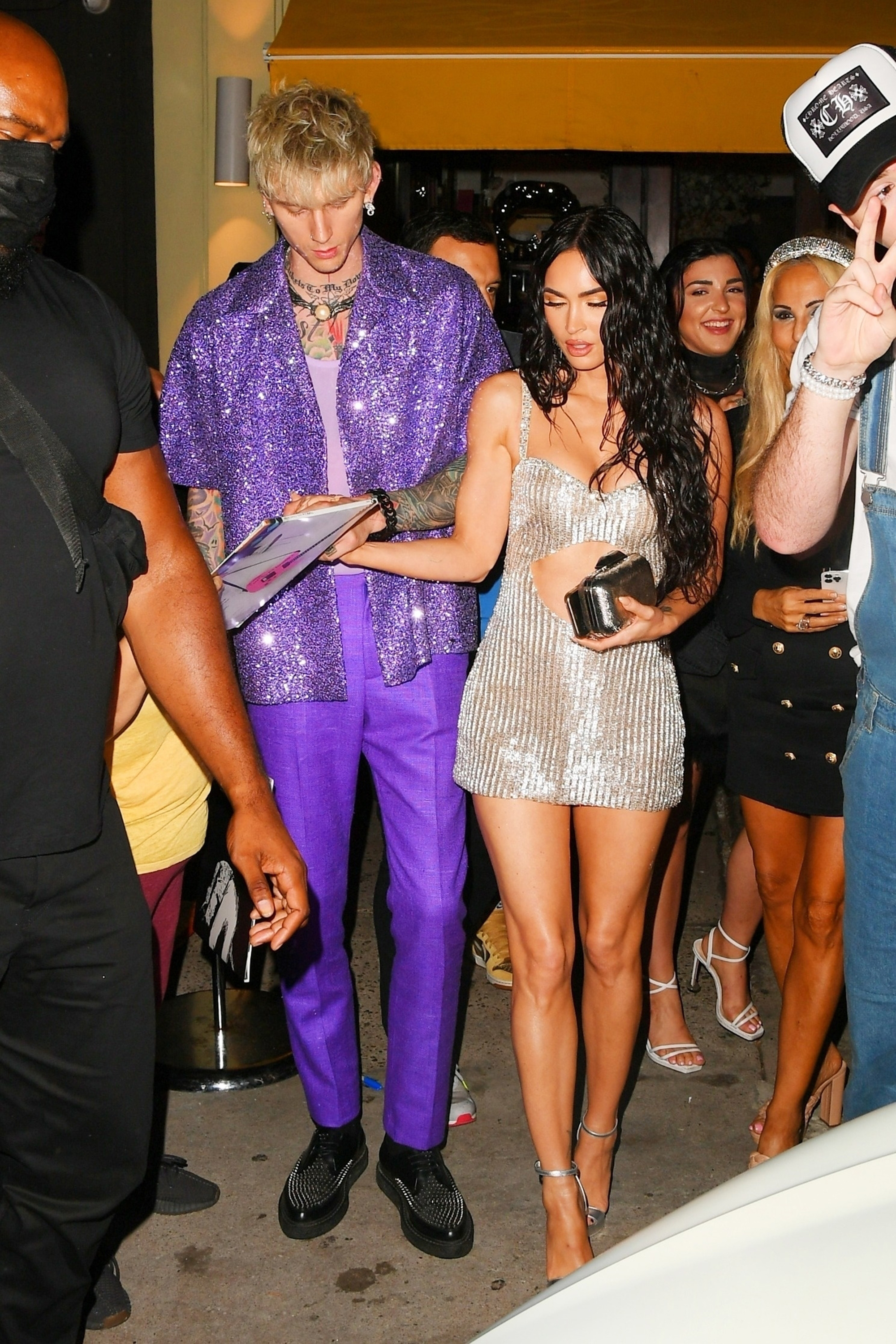 The “My Ex’s Best Friend” singer donned a sparkly purple shirt with matching pants for the outing, while his actress girlfriend shimmered in a silver cutout minidress.

Meanwhile, the Blink-182 drummer rocked a Subhumans band tank and black pants adorned with spikes on the knees. The Poosh founder mirrored his edgy look, opting for leather pants and a colorful satin bustier.

Kardashian and Fox have gotten close with each other after entering into relationships with their musician men.

They even co-presented the “Tickets to My Downfall” collaborators’ performance at the VMAs, where Kelly sang “Papercuts” as Barker played the drums.

Fox notably called Kelly and Barker their “future baby daddies” in their speech. 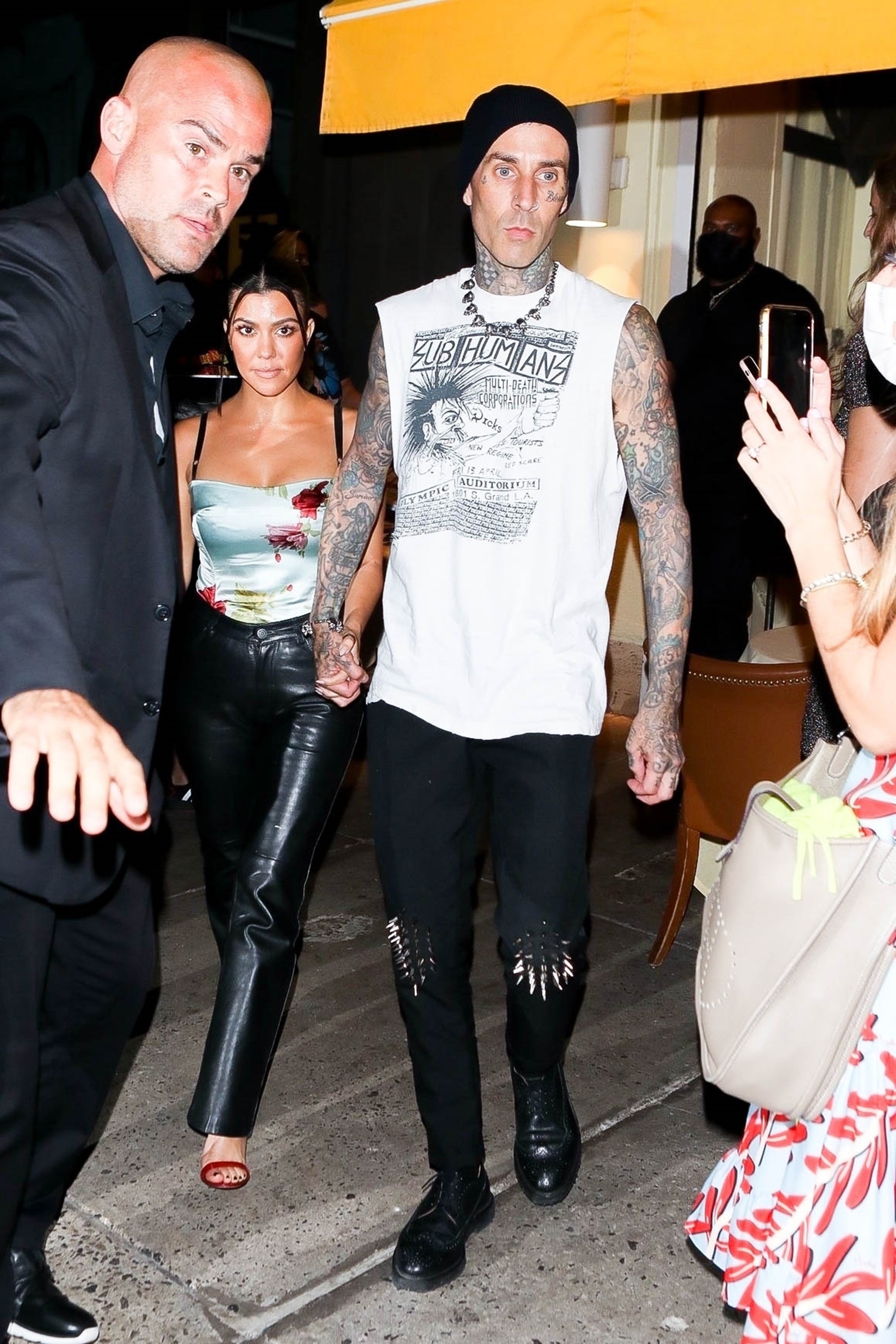 This isn’t the first time the two couples have spent time together.

In April, they all got together to have an intimate birthday celebration for Kelly. The four stars also joined forces in March to watch the UFC 260 fight in which, ironically, MGK’s new nemesis McGregor, 33, competed.